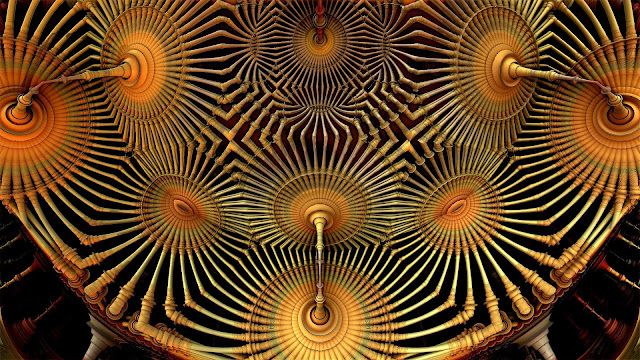 Here is a quote from an article on TheVerge.com website entitled, "Google may have just ushered in an era of ‘quantum supremacy.’


Google’s quantum computer was reportedly able to solve a calculation — proving the randomness of numbers produced by a random number generator — in 3 minutes and 20 seconds that would take the world’s fastest traditional supercomputer, Summit, around 10,000 years. This effectively means that the calculation cannot be performed by a traditional computer, making Google the first to demonstrate quantum supremacy.

Despite hitting the milestone, it’s likely that quantum computers capable of tackling practical tasks are still years away. However, once developed, the computers are expected to have huge implications for areas as diverse as cryptography, chemistry, artificial intelligence, and machine learning. Google expects the power of quantum computers to expand at a “double exponential rate,” whereas traditional computers have long been pegged to Moore’s Law, which saw power double every 18 months or so.

It might be some time before we see the impact of this new technology. If you want to learn about quantum computers, here is a link to an article from the MIT Technology Review entitled "What is a quantum computer."

What does this have to do with genealogy? Sorting through and organizing the data for billions of people takes a lot of computer power. When you think of all the information about just one person, including DNA tests and etc., you can imagine that faster computers will always be useful. This also brings us to artificial intelligence or AI. Some of the problems being addressed with AI include handwriting recognition and transcription. A rudimentary form of AI is used to create the record hints implemented in the large online genealogical database websites. See my previous post entitled, "Thoughts on the Creation of a Universal Family Tree."

As I point out in my previous post, the ultimate product of massive genealogical data and the ability to organize and validate the data would be a universal family tree. Of course, from our limited perspective the major issues today are duplication and accuracy. But given a massive amount of data and the ability to review all of it quickly, it is conceivable that a universal tree is possible.

Of course, the idea of using AI for genealogical research is not new. For example, here is an article entitled, "AI-created family trees confirm 18th and 19th century class divisions in Finland." This article points out the following:


It would take 100 person-years for a genealogist to map and find all the parents for five million people – with a rate of one person per minute. The AncestryAI algorithm can do the same work in an hour using 50 parallel computers and with a success rate of 65 per cent. The algorithm can also measure the level of uncertainty for each connection so that unreliable results can be ignored. Genealogists and demographers can use the algorithm to shed light on societal change and history.

This work is being done by researchers at the Aalto University in Finland. See "Ancestryai Algorithm Traces Your Family Tree Back More Than 300 Years." See also "AncestryAI: A Tool for Exploring Computationally Inferred Family Trees." Here is a description of the program.


Many people are excited to discover their ancestors and thus decide to take up genealogy. However, the process of finding the ancestors is often very laborious since it involves comparing a large number of historical birth records and trying to manually match the people mentioned in them. We have developed AncestryAI, an open-source tool for automatically linking historical records and exploring the resulting family trees. We introduce a record-linkage method for computing the probabilities of the candidate matches, which allows the users to either directly identify the next ancestor or narrow down the search. We also propose an efficient layout algorithm for drawing and navigating genealogical graphs. The tool is additionally used to crowdsource training and evaluation data so as to improve the matching algorithm. Our objective is to build a large genealogical graph, which could be used to resolve various interesting questions in the areas of computational social science, genetics, and evolutionary studies. The tool is openly available at: http://emalmi.kapsi.fi/ancestryai/.

If these researchers had access to a quantum computer their computational time would probably be a matter of minutes rather than an hour even with an exponentially larger database.

Despite this potential capability, I don't think that any of the world's genealogical researchers need to worry that a quantum computer will put them out of business very soon but what about the future?
Posted by James Tanner at 7:24 PM