Can this genealogical research knot be untied? 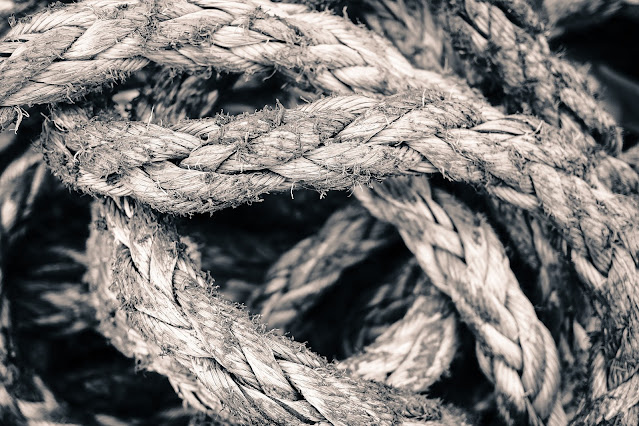 One of the most common traps for genealogists is people with the same name. Usually, this problem can be solved by looking closely at dates and places but sometimes, given the available historical records, the issues are unsolvable. This post examines one of these apparently unsolvable challenges.
To set the stage for this examination, I break one of my general research rules: the people in this situation all live in the late 1600s and early 1700s when it can be expected that the record sources are sometimes incomplete. I am also finding more of these challenges as I work with early New England families whose ancestral origins in England are well documented. There appear to be no concerns with relying on the identity of the remote ancestor even though the family in question is a descendant not also an immigrant. So, I am looking at the relatives who stayed in England and did not come to America. I providing the ID #s of the families so that you can look at the sources in more detail if you are interested.
The family in question is as follows
John Heath
1693 – 20 August 1726 K89X-ZPC
his wife,
Margaret
about 1697 – Deceased LDRX-RWF
and their daughter
Mary Heath
about 1713 – 23 November 1729 ID #MWS8-2LF
To save some space and time, I will summarize most of the sources rather than reproducing all of the sources here in this post. Most of these sources were found on FamilySearch but some were found on Ancestry.com and Findmypast.com.
John Heath K89X-ZPC is the son of Cornelius Heath MGC9-CYM and Mary Fabian LHR9-RB5. This is shown by a Christening record from the England Births and Christenings, 1538-1975", database, FamilySearch (https://familysearch.org/ark:/61903/1:1:JQ1D-F66.
The name of his wife is found in the Christening record for their daughter Mary recorded in the same database. The baby was christened in the parish church of St Dunstan in The West, London, England.
This is important because there is also a death record for Mary in the same parish and an apparent burial record for John Heath in the same place, recorded as Saint Dunstan and All Saints Church, Stepney, Middlesex, England
Of course, there is a question about the surname of Margaret and whether or not this couple had any further children.
St. Dunstan in The West is one of several very early Anglo-Saxon churches in the same area historically called Lundenwic.
In searching for additional children of this marriage, I find that there are two other families in the same time period with the husband named John Heath and a wife only identified as Margaret Heath in the England, Middlesex, Westminster, Parish Registers, 1538-1912. He and his wife have several children listed as christened as follows:
Now we have another John Heath with a wife named Margaret with the following children:
Other records show a John Heath is tax records located in Westminster, Middlesex, England.
Just so you don't have to discover this for yourself, these three churches are located as follows from Google Maps. 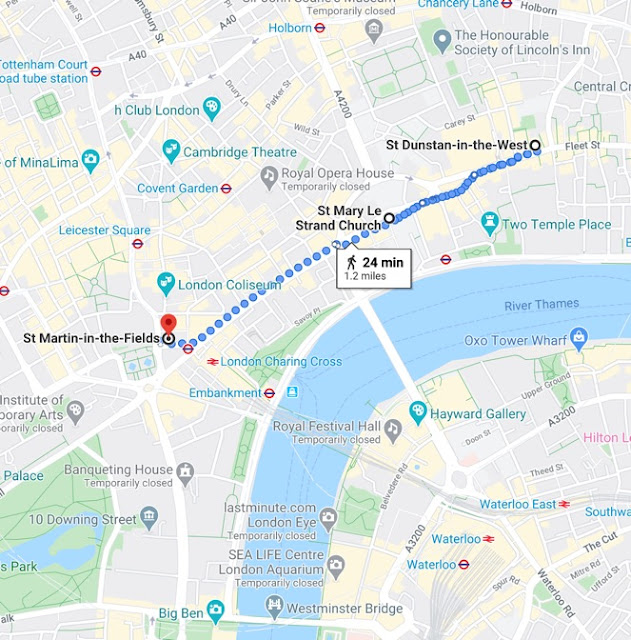 All within easy walking distance of each other. What about the argument that these three different families are really the same family who simply had children christened in three different churches? What about the two daughters with the same name? Mary born in 1713 and died in 1729 and Mary born in 1722? It is entirely possible and quite common that when a child died the next child with the same sex was given the same name as the dead child but this is not likely at all when the child was still living.
It is also highly unlikely that a family at this time would have gone to more than one church for christenings. An argument that the family moved is unlikely because all three churches are very close within slightly over one mile.
What about these locations? John Heath K89X-ZPC was christened in Covent Garden St Paul, Westminster, Middlesex, England. Let's put St. Paul on the map. 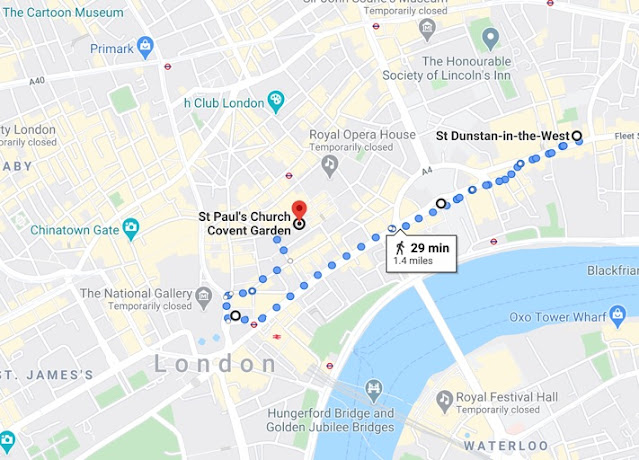 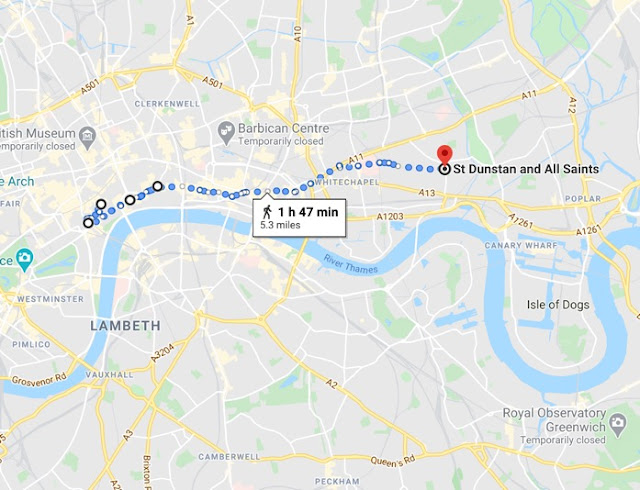 That makes him an unlikely candidate for any of the other three John Heaths. Looking at the birth dates of the children and ignoring the double names for Mary, it would make some sense to consider this to be all one family.
Heath is a rather common English name. A search on Findmypast.com shows 1,165,284 records for the surname Heath in England. How many of these were in Middlesex, England in the 1600s? There are over 7,000 Heaths in records from 1660 to 1740 in Middlesex. Let's see how many "John Heath" names there are. That comes out to 958. Let's also look by parish for the number of John Heaths. To make this work, I have to cut down the range of dates to those men who could likely have been married and had a child by 1713. I chose 1690 plus or minus 5 years for a start. I searched each of the parishes by name. No luck.
So right now, there is no way to separate or combine these families. I have yet to find a marriage record for John Heath and Margaret and there are no other records that give enough information to separate or combine the individuals.
Posted by James Tanner at 4:47 PM