Quoting from an email recently received:

Hello again from Reclaim The Records! We hope everybody has been hunkered down safely and soundly for the last few months, maybe working on some genealogy from home with some of the records we've helped release online over the past few years. Well, we're back to announce some great new records you might want to check out while you hunker in your bunker. And as always, these new records we've acquired and published are totally free.
After literally years of negotiating and haggling (although luckily stopping short of yet another lawsuit), we are pleased to announce the first-ever publication of tens of thousands of late nineteenth and early twentieth century births and deaths for Yonkers, New York. We've photographed the alphabetical indices, and for most years we were able to photograph the full birth and death registers, too!
And none of these record books had ever been available to the public to use or browse before, not even on microfilm at a library. And the people listed in these records were generally not in the statewide birth and death indices that we previously acquired and published for New York.
These photos are all new, and they're gorgeous: 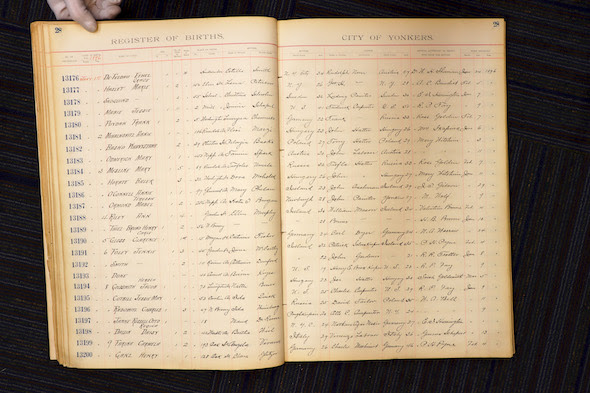 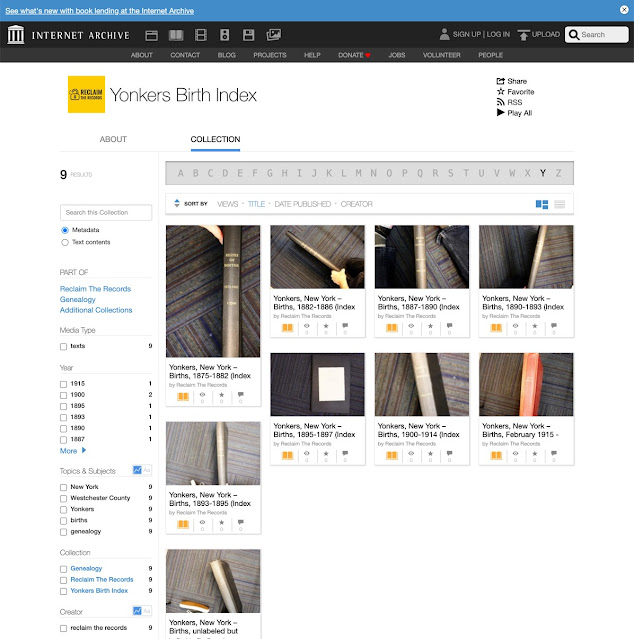