A Look Into the Future of Genealogy? 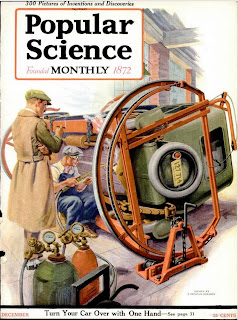 In the past few months I have taken several opportunities to discuss the future of genealogy from different perspectives. But the past few weeks have provided an unanticipated change in the genealogical landscape kin to a major upheaval necessitating additional comment. As we approach yet another year of RootsTech.org as a showcase for some of the major genealogical database companies, it is time to reassess and evaluate the impact of the announced alliances between various online database companies. These alliances are likely to be at the core of much of the discussion at the upcoming conference.

If you have not kept up recently, it might be a good idea to review, briefly, what has been announced so far. Here is a quick reference to the main announcements:

There have been relatively few comments and explanations of these alliances but since the initial announcements watching the developments has been an ongoing activity for me.

The basic question posed by these current announcements is why is this happening? What are we likely to hear at RootsTech?

If you think about each of the announcements, you will see a common thread; FamilySearch is using its position as a content provider to expand the global reach of its content. This would be counterintuitive but for one very important factor: FamilySearch is not a commercial enterprise. Its apparent overall goal is to obtain as large a distribution of its data as possible. This is not to say that FamilySearch does not get some distinct advantages from these arrangements, in fact, it receives tremendous benefits. But at the core of each of these agreements is the fact that more people will have a much greater access to the data collected by FamilySearch over the past 150 years or so. Mark my words, there is no doubt that FamilySearch gains from these agreements. But to understand this gain, you have to move past commercial considerations.

To emphasize this point, look at the agreements. They are all centered on FamilySearch. There are no announced agreements between any of the other three participants. All three agreements enhance the value of the work done by FamilySearch and its volunteers. Also, in each case, FamilySearch obtains some major benefits that it would have to spend time and money to obtain otherwise. This would be time and money that it would likely have to be diverted from its main role as an information gathering entity.

If you look at these agreements abstractly, you can see that FamilySearch is the information producing entity. It is trading its stock of information for technology. But, in the case of Ancestry.com, it is also trading for leverage in an increasing monetized information marketplace. If these companies were major economic entities trading in the world's markets, there would be thousands of commentators speculating as to the effect these agreements would have on the market. Because this is genealogy and not oil or other commodities, these agreements go virtually unnoticed by the greater economic community. Notwithstanding the lack of interest by the general world community and even the lack of interest among genealogists, the impact of these agreements will have a major effect on the genealogists and all those even marginally involved in family history.

One of the ironic things about this whole situation is the extremely limited initial impact it has had on the genealogical community and the fuzzy "outside of the community potential genealogists." For those of you out there who worry about my use of the word "ironic" remember the alternate meaning; a situation that is strange or funny because things happen in a way that seems to be the opposite of what you expected. See Merriam-Webster. What is more, only a very small number of genealogists are likely even aware of the announcements and those that are have probably forgotten about them by now since it is now "old news."

Why there seems to be such little interest in these changes is not really a mystery. It is really hard to see how this might impact anyone individually. As with any change, the normal reaction of the majority of genealogists is to grumble about the changes and ignore the benefits.

These agreement portend a basic shift in the way genealogy is conducted around the world. By this time next year, we will be doing our research in ways we did not ever anticipate and the changes are just getting started.
Posted by James Tanner at 7:25 AM