Findmypast releases a huge new collections for Ireland and England 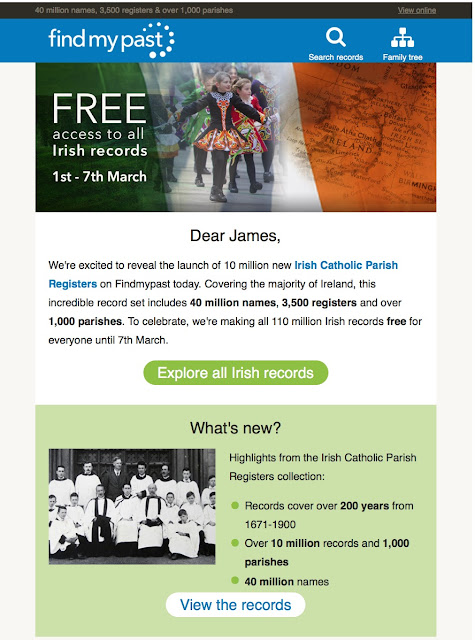 Heading the list of newly released collections is the vast collection of Irish Catholic Parish Registers. Covering the majority of Ireland, this incredible record set includes 40 million names, 3,500 registers and over 1,000 parishes. To celebrate this release, Findmypast.com is making all 110 million Irish records free for everyone until 7th March 2016.

As shown in the image above, the Irish Catholic Parish Registers include the following:


Some of the other recent additions to Findmypast.com as announced, include the following:
Findmypast.com is growing rapidly and adding new content regularly making the site even more valuable for research. Recently, I have been focusing on some of my English ancestors and I am finding the site more and more useful as I get deeper into the research.
Posted by James Tanner at 8:19 AM