Maps are a fundamental tool for genealogists and subsequently, knowledge about maps is one of the essential skills for research. Unfortunately, map reading skills are not regularly taught in schools. Some people learn basic maps skills as Boy Scouts or Girl Scouts. Some learn more advanced skills in the military. But many people a left without the ability to read a common street map and rely on directions from today's talking GPS devices.

The fact still remains that genealogical research is hampered by an inability to use maps in creative ways to understand the basic facts of their family history. There are a number of situations that occur with historical records, including record loss, that affect the ability of a researcher to find any one specific record. Understanding the context of the creation of historical records enables a more advanced researcher to make progress in finding a family when it appears that no records exist. The appearance can be caused by an event such as a fire, but apparent loss can also occur when jurisdictions change and records are "lost" because they are being stored in an unsuspected location.

In the Unites States is it common that over time state and county boundaries have changed. I have mentioned the possible outcomes of a newly created county previously, but it bears repeating in the present context. If a new county is created the disposition of the records can be summarized in four possible outcomes:

It is entirely possible, in some states such as Pennsylvania, that records created in an early, original county could end up being moved clear across the state and be found today in a county on the west border of the state.

So, we have two semi-independent jurisdictional issues involving lost documents. The first is a situation where the documents have been lost due to destruction. In this case, we need to examine the overlapping jurisdictions for records that may have preserved some of the same information that would have been found in the lost documents. The second issue involves documents that are "lost" because they have moved from the original jurisdiction (county, state etc.). Finding these transported or lost documents involves some historical investigation of the movement of the county or state boundaries and some guesses as to where the documents might be available.

One basic source for determining the county boundaries for any county in the United State during any time period is the Newberry Atlas of Historical County Boundaries. 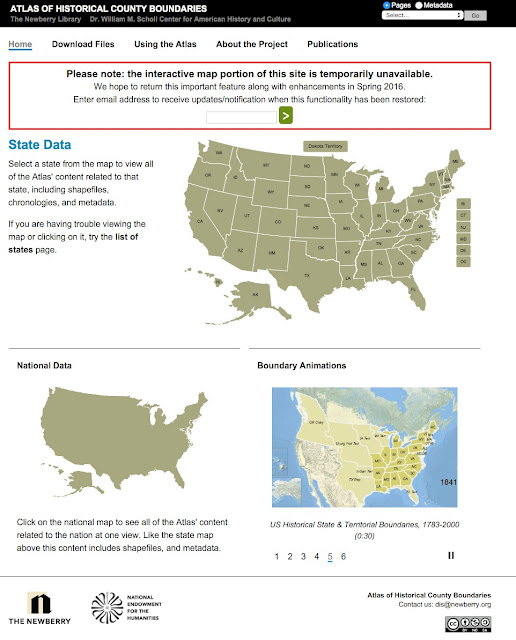 The interactive animated map has not been working for a while but will be fixed in 2016. But for every state, the website has produced a KMZ file for use with Google Earth, the free mapping program from Google. On each state page on the Newberry Atlas website, you will find a list of different files that can be downloaded containing expanded data on the jurisdictional boundaries in the state. To start the process, you download the KMZ file for the state you are researching. The file comes down as a .zip file and must uncompressed. You can usually uncompress by clicking on it. Watch where the file goes. It may go to a default location on your hard drive. 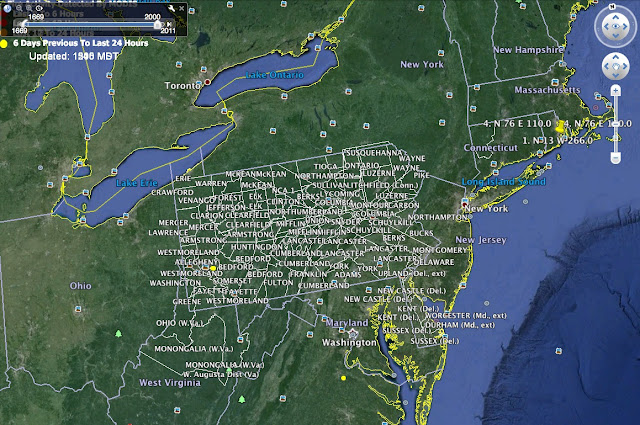 I could zoom in to see more details. Like this screenshot: 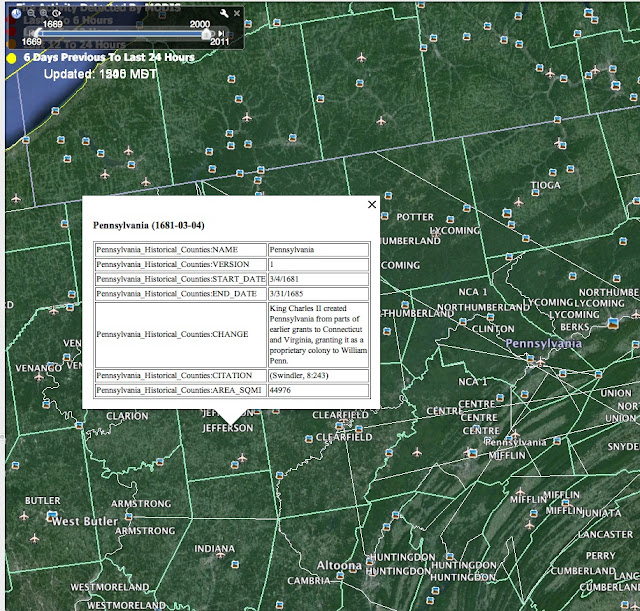 Once the file is loaded in Google Earth, you can keep it there as part of the overlays available to the program. Clicking on a county brings up the popup screen showing you an outline of the important historical dates. In the upper left-hand corner of the screen, there is a slider that lets you change the date of the map. So, if I move the slider, I can see exactly how the county boundaries (jusridictions) change over time. You can zoom in with Google Earth and literally see how the boundary changes impact an individual house or farm. The white lines are the boundaries at the date chosen and the green lines are the current county boundaries. Using the Google Earth controls, I can turn off the existing county lines. Here is a screenshot with the current county boundaries removed. 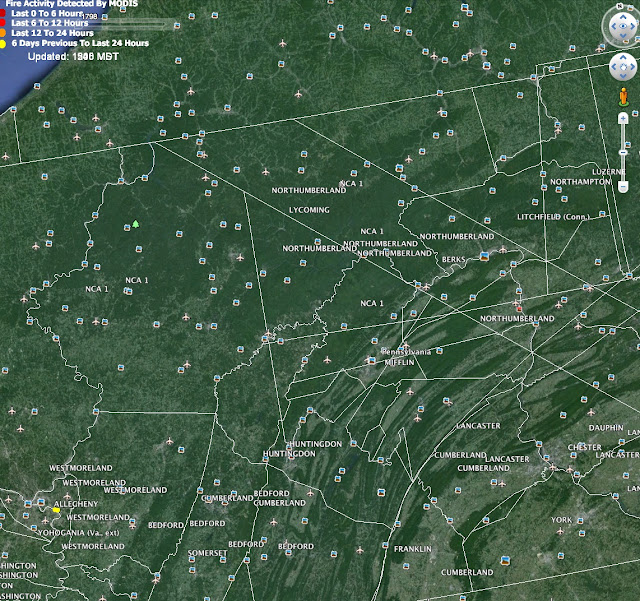 Here is a zoomed in image showing a farm with the county boundary superimposed. 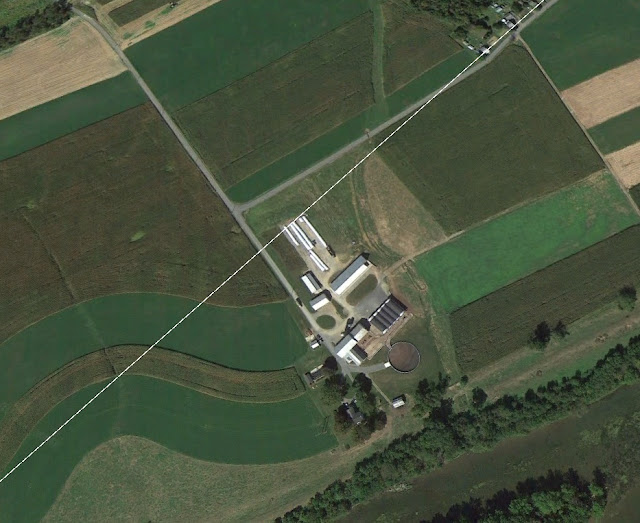 If you were working with research on this farm, it might be crucial to know that not only had this farm been in a number of different counties over the years as the boundaries of the counties changed, but it was also almost exactly on the county line. The implication of this is that a search for records created by the ownership of this farm could be found in any of the historical counties or might have been kept in the county on either side of the county boundary.

You could also track the changes in the counties by searching for a Wikipedia article on the county, but the difference is that knowing when the boundary changed and seeing the effect of the change on a map are two very different and not particularly mutually exclusive methods of determining the changes that have occurred over the past. You can then use the information you have discovered to formulate a plan to investigate the possible locations of records.
Posted by James Tanner at 4:18 PM