Swimming through an ocean of spam: techniques for survival online: Part One The Analogies 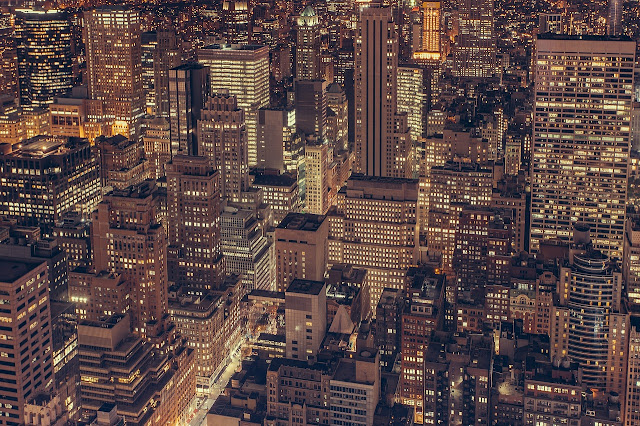 If you were raised and spent your life in a very small town and were suddenly thrust into downtown New York City, how would you survive? How would you know what to do to avoid both obvious and less obvious dangers? Would you lock your car doors, maybe for the first time? This is an extremely good analogy to what happens when we go online. The Internet today is certainly a much larger "city" than even being in New York City but the tactics for survival in this immense online city are not nearly as obvious as they may be during a visit to New York City.

Granted, tactics of survival are not limited to big cities. On many occasions, as I have been hiking deep into the desert, I have come across situations where people the people I encounter, who are unfamiliar with the territory, are caught is life threatening situations. Personally, I like to remind myself that in over 60 years of hiking and traveling in the backcountry of the southwestern part of the United States, I have only had to call a tow truck one time and that was because of getting stuck in the sand almost in the middle of a town.

The same Internet that you use to look at Facebook or Instagram, is filled with even life threatening danger and even as genealogists pursuing historical records, we need to be aware of some actual online survival techniques. Would you venture off walking into the side streets of New York City, carrying a large amount of cash in the middle of the night? Hopefully not. But some of us do the equivalent every day on the Internet.

So, where do I start? I think the first issue is this concept of "surfing the Internet." This activity is the functional equivalent of that walk in the dark in New York City. The main difference is that recognizing the dark streets of the Internet is not as easy as it would be in New York City. As I wrote about recently, I clicked on a mistyped link and before I could exit the vampire website, it had downloaded several undesirable programs and taken over my browser, just like being mugged on the street. It may seem obvious, but when you are online, make sure you know where you are going before you click. If you get a message sent to you in an email, or on Facebook or from any other source, inviting you to click on a link, Don't Do It. Don't base your decision on whether or not you "know" the person sending the link.

I get hundreds of messages asking me to join a Facebook group or accept a Google+ contact, but I have long ago stopped clicking on these invitations or adding more contact or groups unless the contact is made in the context of an online exchange that I initiated. This is one of the keys to security online, take charge of what you see and do. Do not follow every cute kitten link that pops up.

If you have ever walked around in New York City, you know you will see a lot of things that you did not want to see. The same thing applies to the Internet. There are many, otherwise valid websites, that are covered with junk advertising. Do not click on any of this and try to avoid looking at it or even thinking about it. If you happen to come to Utah Valley, you will soon discover that it is the antithesis of New York City. People are friendly to the point of making a big city person nervous. But the Internet is not at all like Utah Valley. You have to learn to do like many do in New York City, walk quickly, avoid eye contact, keep careful track of your personal belongings and have a destination in mind. The same counsel works well online.

Remember this, if you dig through garbage, you are going to get dirty and smelly. That is good way to view the Internet. But just as I have taken many wrong turns in cities across the U.S., I occasionally end up in bad territory online. The trick here is to get out as soon as you can. In extreme cases, I shutdown my computer by holding down the on/off button. It is also helpful to learn keyboard commands to shutting down a window or quitting an app or program.

There are parts of Salt Lake City, just north of where I live, that I would not walk around in after dark. You don't really have to go all the way to New York City to get beat up or mugged.

In this series, I intend to look into some the strategies and realities of living online. Stay tuned.
Posted by James Tanner at 6:48 AM