Some family photo collections may contain a photo made on a sheet of metal. The substrate was iron and no tin was involved in the process. The use of the word "tin" was a derogatory reference to the quality of the images and the fact that they were inexpensive and commonly made by photographers working in fair and carnivals. See Wikipedia: Tintype.

The invention of photography is now commonly attributed to Nicéphore Niépce (b. 1765, d. 1833), a French inventor. In 1829 Niépce entered into a partnership with Louis Daguerre. Due to Niépce's death in 1833, Daguerre was forced to continue his investigations of the photographic process alone. He announced the invention of a photographic process, now called the daguerreotype was first mentioned in print in 1837 and made public in 1839. See "History of Photography Timeline" and "William Henry Fox Talbot (1800-1877) and the Invention of Photography." See also Wikipedia: Daguerreotype.  At the same time, Henry Fox Talbot in England was developing a process of fixing images on paper using a coating of silver nitrate. Deguerre published his findings while Talbot was still working on his process. Talbot presented his findings before the Royal Society in January and February of 1839. Talbot's process was called a "calotype" from the Greek kalos, meaning beautiful.

The daguerreotype was the first commercially successful process for producing images. The process was introduced in America in the early 1840s by Samuel Morse, the inventor of the telegraph code and by 1853, an estimated three million daguerreotypes were being produced in the United States. See Wikipedia: Daguerreotype.

By the 1860s most of the daguerreotypes disappeared to be replaced by ambrotypes and tintypes. It takes some degree of expertise to distinguish between these early image types. As stated in the Wikipedia article on ambrotypes:

The ambrotype (from Ancient Greek: ἀμβροτός — “immortal”, and τύπος — “impression”) or amphitype, also known as a collodion positive in the UK, is a positive photograph on glass made by a variant of the wet plate collodion process. Like a print on paper, it is viewed by reflected light. Like the daguerreotype, which it replaced, and like the prints produced by a Polaroid camera, each is a unique original that could only be duplicated by using a camera to copy it.

The ambrotype was introduced in the 1850s. During the 1860s it was superseded by the tintype, a similar photograph on thin black-lacquered iron, hard to distinguish from an ambrotype if under glass.

Both the ambrotype and the tintype are usually found in a folding type case. In my own family, there is a measure of controversy over an early example of an image purported to be of one of our more prominent ancestors. Unfortunately, the original has not been examined by photographic experts and the provenance of images is less than established. The claims of the proponents of the image as being of our ancestor have uploaded copies of the image to popular family tree websites such as FamilySearch.org with the claim that it shows the ancestor in question. Other than a claim to an oral assertion that the image is the person in question, there is no other proof that the image is as claimed. I hesitate to either give the purported attribution of the image or provide another online copy due to the fact that after examining all the facts and analyzing the photo's image, we conclude that the image cannot be our ancestor but shows other members of his family. If you would like to see the full discussion, you can go to "The Tanner Family Daguerreotype: Conclusion" on my daughter's blog.

As part of the legacy left by my own family, I received a collection of many thousands of photographs made and acquired by my Great-great-grandfather Charles Godfrey DeFriez Jarvis and his daughter, my Great-grandmother, Margaret Godfrey Jarvis Overson. All of that collection has been digitized and many of the photos are now uploaded to the FamilySearch.org website. You can find the photos by searching for "St. Johns" as a search term. Part of that collection consisted of glass negatives. Quoting from the Wikipedia article, "History of photography:"


In 1839, John Herschel made the first glass negative, but his process was difficult to reproduce. Slovene Janez Puhar invented a process for making photographs on glass in 1841; it was recognized on June 17, 1852 in Paris by the Académie Nationale Agricole, Manufacturière et Commerciale. In 1847, Nicephore Niépce's cousin, the chemist Niépce St. Victor, published his invention of a process for making glass plates with an albumen emulsion; the Langenheim brothers of Philadelphia and John Whipple and William Breed Jones of Boston also invented workable negative-on-glass processes in the mid-1840s.

In the 1880s the photographic process passed into the era of the paper film. Quoting from the same Wikipedia article.


Ultimately, the photographic process came about from a series of refinements and improvements in the first 20 years. In 1884 George Eastman, of Rochester, New York, developed dry gel on paper, or film, to replace the photographic plate so that a photographer no longer needed to carry boxes of plates and toxic chemicals around. In July 1888 Eastman's Kodak camera went on the market with the slogan "You press the button, we do the rest". Now anyone could take a photograph and leave the complex parts of the process to others, and photography became available for the mass-market in 1901 with the introduction of the Kodak Brownie.

Of course, in my time, the whole process has passed from light sensitive paper or glass to digital images created by light sensitive electronic sensors. Subsequently, there has been an explosion of images and now there are million, if not billions, of genealogically significant images available online. Here is one of my recent photos just for fun. 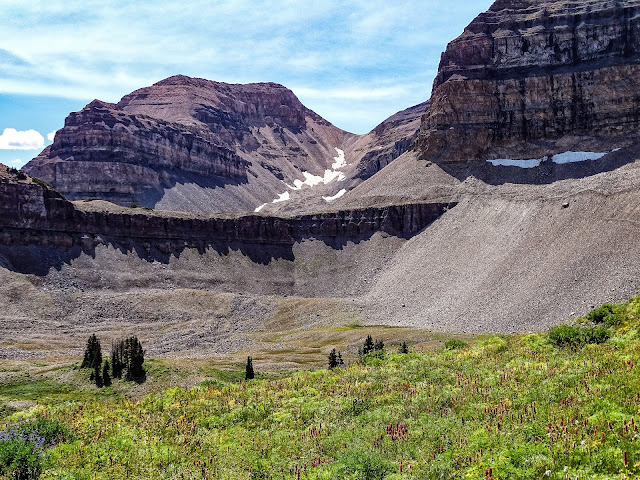