The Challenges of Adding Sources to Family Trees -- Part Two: The Citation Issue 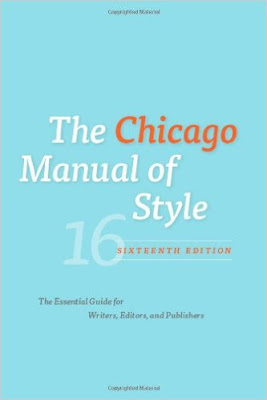 As I have mentioned in my writing from time to time, I worked for a few years as a bibliographer at the University of Utah, J. Willard Marriott Library in Salt Lake City, Utah. Additionally, when I attended law school at Arizona State University, I worked at the Law Library reference desk. During these years and subsequently as a working, trial attorney, I became very much involved in the concept of citing sources. Of course, each academic discipline has its own unique method of citing sources. Here is a sample of a few formal systems of citation, including a couple that pertain specifically to genealogy.


The Chicago Manual of Style. Chicago: The University of Chicago Press, 2014.

In addition to this general list of style manuals, there are hundreds, perhaps thousands of individual style manuals for specific universities, colleges, businesses, journals and publications. When I have written formal journal articles for publication, I have had to follow the journal's specific citation and formatting style guide. In writing my blog, I generally follow either Turabian or the Chicago Manual of Style format. As an attorney, I followed the citation standards required by the courts where I was filing documents. For example, the Arizona Supreme Court has very specific requirements for citations as well as the format of any briefs filed with the court and would automatically reject any documents filed that did not adhere to their standards.

In its attitude towards citations, genealogy is no different than any other discipline. There are levels of publication that require strictly observed and formally adopted style guidelines.

By the way, a "citation" is a formal way of representing a source of information incorporated in a written article or report. The list of citations can be included in the writing either interlineally, as footnotes or endnotes.

The existence of a formal method of citation creates a natural area of conflict for genealogists: those that adhere to a strict citation format and those who don't. In reality, the pro-citationists are a tiny minority compared to the number of people who contribute more or less to an online family tree program. Many long-time, experienced genealogists would not know the difference between the citation standard for the Chicago Manual of Style and Turabian or any other of the major style manuals. There are those who live with style manuals on their desk and those who are surprised to find out there is such a reference.

One of the challenges created by this dichotomy is the constant rumbling from the minority pro-citationists who consider their interest in the format of their proof statements and journal articles to be an important factor in anything they do. Unfortunately, for this position, none of the large online, genealogical database programs adhere to any of the major citation standards. In each program, there is a way to add citations, but the format of the citations, when printed out for example, will not conform to any recognizable standard.

From the standpoint of someone who does not know citation format exists, the fact that the programs provide a form to fill out is interesting because none of the programs require a source or a citation to any source as a prerequisite for entering information. This fact alone sets up another interesting conflict.

Well, this subject is going to take a while to develop entirely and this ends another post for the time being.

You can read the previous posts on this subject here:

http://genealogysstar.blogspot.com/2016/08/the-challenges-of-adding-sources-to.html
Posted by James Tanner at 6:04 AM