Note: This series is a summary of the research into the origins of the Tanner family of Rhode Island. It is the culmination of many years of research and in past posts, I have discussed the progress of the research several times in past posts and some of the information is cumulative. 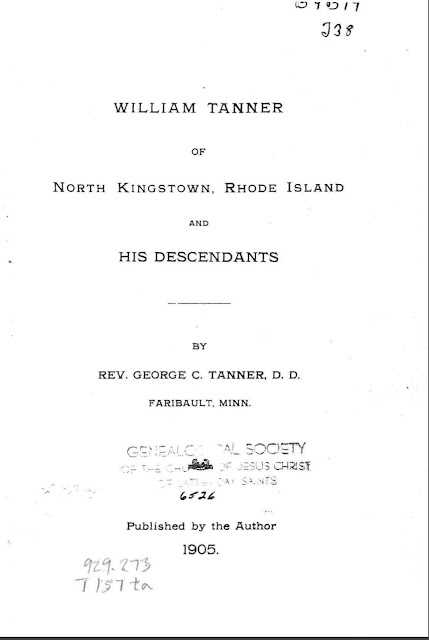 Many people living today in the United States have ancestors whose lives and descendants were chronicled in a "surname book." In my own family, this book by a distant relative named George C. Tanner is a prime example. The conclusions of this book and a subsequent one published in 1910 by the same author have become the basis for establishing the ancestral Tanner line. This statement from page 5 of the book sets the stage for one of the most extreme examples of assumptions that a person with the same name is the same person. 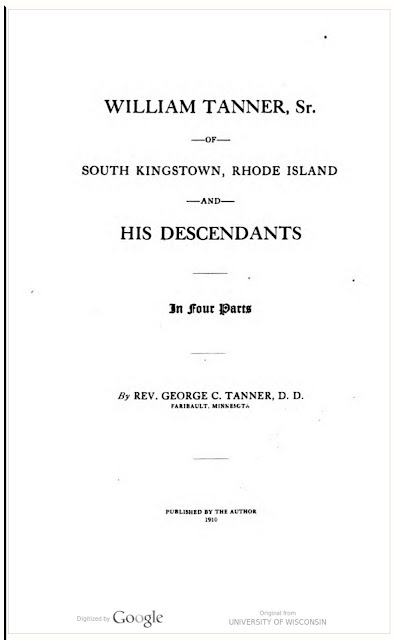 The tens of thousands and perhaps hundreds of thousands of descendants of the Rhode Island Tanners in the United States have accepted the conclusions of these two books without question since their publication. In over thirty-five years of intensive genealogical research, I have not encountered even one descendant who questioned the conclusions of these two books or has done any independent research into the original Rhode Island records.

Most of the interest in the Tanner family line comes from John Tanner (b. 1778, d. 1850) who was born in Hopkinton, Kings, Rhode Island. John Tanner is famous as an early member of The Church of Jesus Christ of Latter-day Saints and stories of his life have achieved the status of legends among his descendants. John Tanner is my Third Great-grandfather.

Missing from any of the records of John Tanner's life before my research was any documentation of his birth or parents other than the traditions and the two Tanner books cited above. After reading through the Hopkinton, Kings, Rhode Island Town Record, I found an entry made by his cousin Abel Tanner as Town Clerk documenting the marriage of his parents and the birth John Tanner and his siblings. 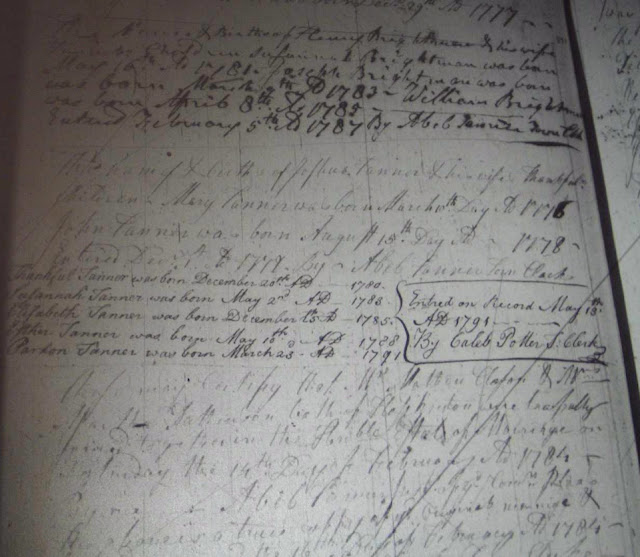 Stay tuned if you have a strong constitution.