What are the benefits of a unified family tree?

I got the following comment about a recent post concerning user owned vs. a unified family tree. See what you think.

I believe the best result a unified tree can hope for is a collection of smaller and bigger clusters of people. Lack of evidence or proof (of parentage, for instance) will ultimately prevent all these clusters to be interconnected. I am still confused about what the real benefits would be of a unified tree, however, and most of the reasons you give in favor of this kind of collaboration are circumstantial, rather than deliberate.

My first impression is that I need to clarify the idea of a unified family tree. Every person born on the earth has a unique biological set of parents and a unique birth order. I am not going to get into the ideas of test-tube babies and all that, even in those instances there are still unique biological parents even if those parents cannot be adequately identified. 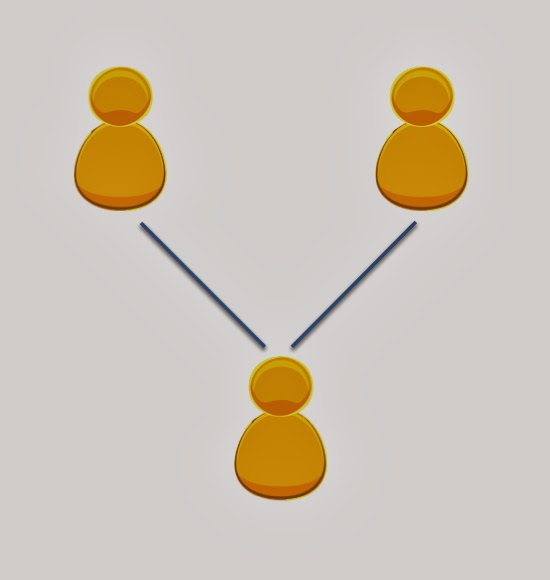 A unified tree models this reality. Each node (individual) on the unified tree only has a place for one unique individual. Now, the question of "clusters." It is possible that isolated areas of the unified tree could exist, especially between two cultures. It may also be true that the connections between these isolated cultures are so far in the past that they lack a historically verifiable connection. But that is not fatal to the concept, that is only a practical issue. You cannot abandon the concept merely because of the present difficulty of establishing connection. Let's assume a tree made up of a local ethnic group that has little contact with any other group. The fact that this sub-tree exists is not a condemnation of the concept it is in fact a confirmation of the the need for such a conceptual model. The main strength of the model is that within the "clusters" the mechanism of the tree forces the participants to agree upon the identity of the individuals in each node.

Let me illustrate a hypothetical situation. Let's suppose that I am working on identifying my ancestry for the first time and beginning with my own parents. Let's further suppose that there is a robust unified tree reflecting my particular ethnic background. What are the chances of my investigations back along my ancestry leading me to a connection with the exiting unified family tree? If the unified tree has reached a point of "critical mass" then the possibility of connecting with the tree is close to 100%. Why is that the case? Because of a basic genealogical fact called "pedigree collapse." Here is the explanation from Wikipedia:


Without pedigree collapse, a person's ancestor tree is a binary tree, formed by the person, the parents (2), the grandparents (4), great-grandparents (8), and so on. However, the number of individuals in such a tree grows exponentially and will eventually become impossibly high. For example, a single individual alive today would, over 30 generations going back to the High Middle Ages, have

or roughly a billion ancestors, more than the total world population at the time.

This apparent paradox is explained by shared ancestors. Instead of consisting of all unique individuals, a tree may have multiple places occupied by a single individual. This typically happens when the parents of an ancestor are cousins (sometimes unbeknownst to themselves). For example, the offspring of two first cousins has at most only six great-grandparents instead of the normal eight. This reduction in the number of ancestors is pedigree collapse. It collapses the ancestor tree into a directed acyclic graph.

A unified tree provides the potential for interconnections even if the practical reality cannot prove that those connections exist. Otherwise, you would have to believe that ultimately there were separate human species that had never intermingled.

What do I mean by "critical mass?" When the tree reaches a point that it has included a significant percentage of any given ethnically related community, it will contain all of the people needed to establish links with almost all families. Because of the number of people in the FamilySearch.org Family Tree, I assume that this critical mass was reached some time ago for ethnic groups coming from Western Europe. Unfortunately, there are still areas of the Family Tree program that do not function and so this fact is obscured by the program's disfunction.

OK, now to the advantages. Here is my list of advantages:


If you do not see these points as benefits then you still do not understand how a unified tree will work. The major issue is frustration with people adding or changing information with no accountability. The weakest link in the present FamilySearch.org Family Tree is the ability of users to make changes without having current contact information in the program. The second weakest link is the ability to make changes without providing a source. If these two issues were resolved, a measurable amount of the frustration with the tree would disappear.
Posted by James Tanner at 8:24 AM