Apple Users: Watch Out for iOS 11 and High Sierra 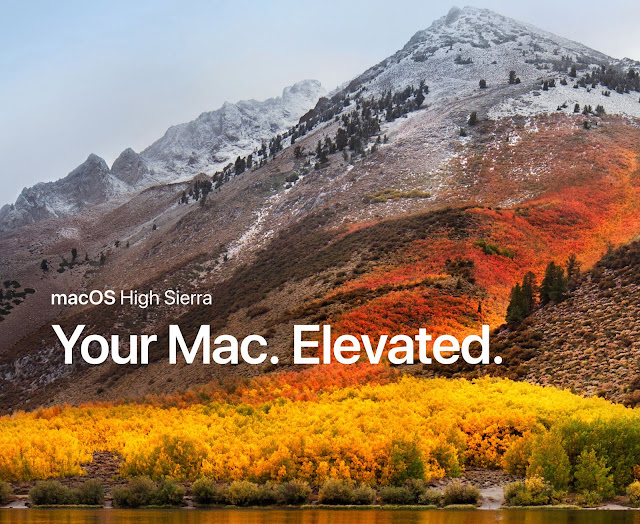 Well, Fall is here and apparently, it is time for two new operating systems from Apple: iOS 11 and High Sierra. Because I am an early adopter of most technology, I upgraded my iOS devices to the new iOS 11. Hmm. Interesting adjustment. I am now waiting for the release of High Sierra and I expect some of the same adjustments.

First of all, upgrading to iOS 11 was as easy as it usually is to upgrade an Apple device. I didn't notice any real differences. There were minor changes in the way that the icons looked and some differences in the organization of the icons on my iPhone. Some of the functions of the operating system have been entirely redesigned. For me, the big change came in the camera and the way that files were stored on the devices.

Of course, I wanted to try out the new camera functions and took a picture and explored the new editing features. But the surprise came when I tried to save the image off onto my computer. Apple has implemented a new format referred to as HEIC. Immediately, there was a problem. None of my programs and even Google Photos could recognize this file format. Took me a while to figure out how to resolve the problem. I finally found some instructions and looked in the camera section of the settings menu and found an entry called "formats" that allowed me to save the images as the standard.jpg. That temporarily solved the problem. The HEIC file format is apparently a filename extension for the High Efficiency Image File Format. The benefit of this file format is that it saves a great deal of storage space on the device. The problem, of course, is that there will be a transition time before the file format is generally supported.

Back to the HEIC image file format, apparently none of my Adobe programs recognize this file format. I did find a file converter option online that seems to work. It may be some time before all of this is worked out.
Posted by James Tanner at 7:56 AM