What about missing marriage records? 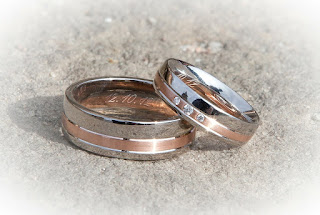 In a recent post, I discussed some of the law in the United States concerning common-law marriage. After receiving a comment to the post, I realized that there were some major unanswered questions about the impact of common-law marriages on genealogical research. The main issue here is the effect of a marriage on property ownership.Common-law marriages fall into the category of undocumented marriages and could be considered to be quasi-legal. Here is a statement regarding the property rights of women before 1839.


Under the common law legal doctrine known as coverture, a married woman in Great Britain's North American colonies and later in the United States had hardly any legal existence apart from her husband. Her rights and obligations were subsumed under his. She could not own property, enter into contracts, or earn a salary. See Wikipedia:Married Women's Property Acts in the United States."

In other words, when a woman got married all of her property belonged to her husband. There were some exceptions. Common law provided that a woman owned a "dower" interest in the property of her husband's estate upon his death. A woman could relinquish her dower interest in real property by executing a disclaimer deed. Failure to execute the disclaimer date resulted in the wife's dower interest being preserved and enforceable upon the death of her husband. For example, if the husband sold a piece of real estate during coverture (the existence of the marriage) without the wife's consent, then the wife could enforce her dower interest in the property after her husband's death.

Here is a quote from the Stewart Title Agency in Massachusetts about Dower release. I would suggest that upon reading this explanation you would begin to understand why lawyers, courts, and judges all exist.


The release of "all other interests therein," as appearing in the clause relating to dower and homestead is to be read within the context in which it appears, and it has been held that the language refers only to marital rights and does not extend to convey any other interests in the land, including the fee title. Anttila v. A. E. Lyon Co., 222 Mass. 126, 109 N.E. 950 (1915).

Although such a deed will not pass the title of the spouse who joins in the conveyance for such a limited purpose, if the parties held title as tenants by the entirety, and the spouse who so joins dies before the granting spouse, the title under the deed will be good, inasmuch as the conveyance by the grantor would not have severed the tenancy by the entirety and the death of the other spouse will allow title to flow through that grantor. It is important to remember, however, that in order for this "cure" to work, it must be established that the spouse who joined and the granting spouse were still married to each other when the spouse who had joined in the conveyance died. If the parties had been divorced, the title (or at least a half interest therein) would remain defective, because the divorce would have "severed" the tenancy, transforming it into a tenancy in common, and thereby destroying the survivorship feature. And, the order of death is crucial, because even if the parties remained married, the death by the granting spouse before the death of the joining spouse would, where the parties had held title as tenants by the entirety, cause the entire title to find its way into the hands of the joining spouse, thereby totally destroying the chain of title of the grantee claiming under the granting spouse.

Now, it is time to go back to common-law marriage. In essence, none of these property rights exist unless there is a valid marriage. So, assuming that two individuals lived together, how does a genealogist determine that there was a marriage? By the way, the quote above from the title agency does not even address the issue of the validity of the marriage.

Modern law has modified marital property interests considerably. Beginning in the early 1800s, states began to pass women's property rights laws that modified the claims that a wife had on her husband's property particularly upon the death of the husband. During the same time period, laws concerning the acceptance of common-law marriage also evolved. Many states abolished the recognition of common-law marriage entirely. Whether or not a marriage exists turns out to be amazingly complex.

From a genealogical standpoint, absence of a marriage record does not indicate that the couple was not married. We have to assume that any couple shown to have lived together as husband and wife and particularly those that had children were married absent specific records negating the marriage. There is really no other option. However, a record showing, for example, that the wife signed a disclaimer deed indicates clearly that the couple were married. Other indication of marriage, i.e. coverture, can be found in probate files.

It looks like to me that I am going to have to continue discussing this issue. I don't think I'll make it into a series, however.
Posted by James Tanner at 7:28 AM