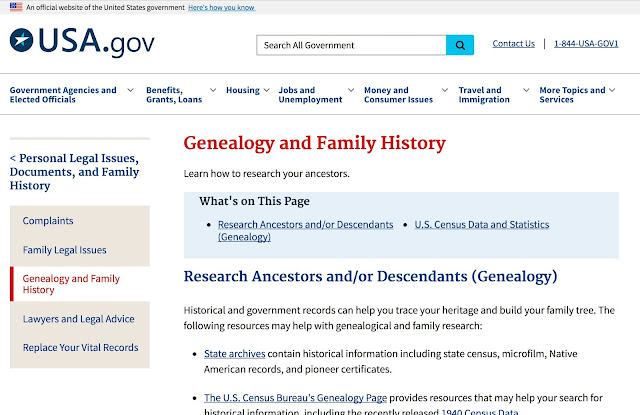 
USA.gov is an interagency product administered by USAGov (formerly the Federal Citizen Information Center), a division of the U.S. General Services Administration's Technology Transformation Service. It got its start when Internet entrepreneur Eric Brewer, whose early research was funded by the Department of Defense, offered to donate a powerful search engine to government. That gift helped accelerate the government's earlier work to create a government-wide portal.

In June 2000, President Clinton announced the gift from the Federal Search Foundation, a nonprofit organization established by Brewer, and instructed that an official U.S. web portal be launched within 90 days. USA.gov went online on September 22, 2000 under the name FirstGov.gov. The GSA and 22 federal agencies funded the initiative in 2001 and 2002.

USA.gov was legislatively mandated through Section 204 of the E-Government Act of 2002. Since 2002, USA.gov has received an annual appropriation from the U.S. Congress. In January 2007, FirstGov.gov officially changed its name to USA.gov.

One interesting link on the website is to a guide to tracing your Native American heritage from the U.S.  Department of the Interior. 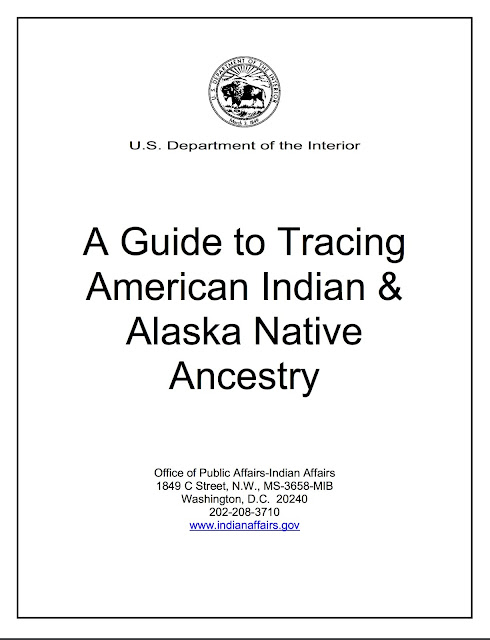 This particular publication brings up an interesting question concerning enrollment in a Native American tribe in the United States. This particular issue is being discussed in conjunction with the insurgence of DNA testing for genealogical purposes. I thought this a good topic and will be writing about it in the future.
Posted by James Tanner at 10:11 AM