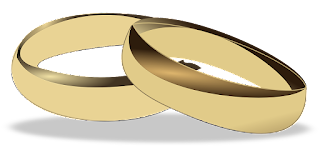 A common-law marriage is one recognized in some jurisdictions without a license or ceremony. Here is one definition from Black's Law Dictionary as quoted on the TheLawDictionary.org website:

What is common law marriage?

The Latin phrase, marriage per verba de praesenti refers to an agreement for a marriage by means of words of present assent.

Many genealogists spend an inordinate amount of time searching for a marriage record when no such record exists. The simple reason for this is that the relationship was a common-law marriage.The entire concept of a common-law marriage has a long and very complex history in the United States. In addition, the application of the term, common-law marriage, is subject to misuse and misconception. Here is a rather good summary of the issues involved from Wikipedia:

The term "common-law marriage" is often used incorrectly to describe various types of couple relationships, such as cohabitation (whether or not registered), or other legally formalized relations. Although these interpersonal relationships are often called "common-law marriage" they differ from true common-law marriage, in that they are not legally recognized as "marriages", but are a parallel interpersonal status, known in most jurisdictions as "domestic partnership", "registered partnership", "conjugal union", "civil union", etc. In Canada, for instance, while couples in "marriage-like relationships" may have many of the rights and responsibilities of a marriage (laws vary by province), couples in such partnerships are not legally considered married, although they may be legally defined as "unmarried spouses" and for many purposes (such as taxes, financial claims, etc.) they are treated as if they were married.[2][3] In recent years, the term common-law marriage has gained increased use as a generic term for all unmarried couples – however, this term has a narrow legal meaning. First of all, one can only talk of "common-law marriage" if such marriage was formed in a jurisdiction which actually applies the common law. A 2008 poll in the UK showed that 51% of respondents incorrectly believed that cohabitants had the same rights as married couples.[4]

Non-marital relationship contracts are not necessarily recognized from one jurisdiction to another, and neither are de facto couples, whereas common-law marriages, being a legal marriage, are valid marriages worldwide (if the parties complied with the requirements to form a valid marriage while living in a jurisdiction that allows this form of marriage to be contracted).

The practical effect of a common-law marriage is that there is no official record of the marriage. More recently, the legal status of common-law marriages has been complicated by recognition of domestic partnerships and civil unions. It is also not uncommon in the United States historically that people would hold themselves out to be married without any formal marriage ceremony recognized by either the state or the church.

Here's an example of the legal requirements for the recognition of the common-law marriage in the state of Utah from the Utah Courts website:

When doing genealogical research it is entirely possible to find records indicating that a couple lived together and had children but no records indicating the marriage ever to place. Historically, it would be very difficult to determine the frequency of these "common-law" marriages.

By the way, all of the states in the United States recognize common-law marriages validly contracted in another state under the laws of comity.

The concept of common-law marriages raises an issue for genealogists who become fixated on a particular date or event and an ancestor's life. For example, if a U.S. Census record shows that a couple is living together with children there is an implication that they were "married" but the absence of a record showing a marriage does not necessarily negate the fact that they were married. Of course, there is an ongoing need to document the event center ancestor's lives but there is also the reality that any given record may not exist.
Posted by James Tanner at 7:53 AM