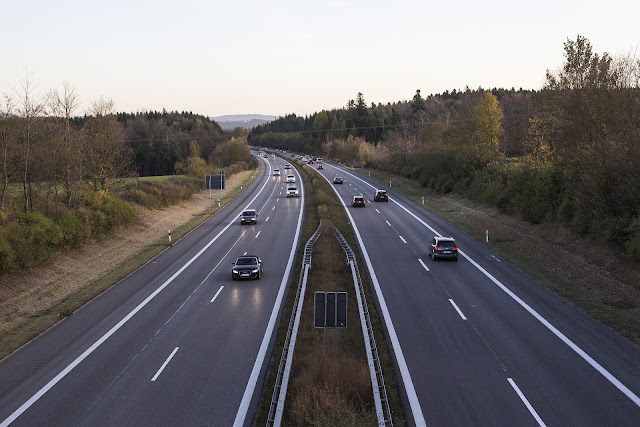 In driving across the country recently, I began to notice the medians between the two lanes of the freeway. I noticed that the median was mostly grass and well tended and I thought that this would be an ideal place for cemeteries. There are likely millions of acres of unused land going to waste as space fillers between the concrete or asphalt roadways. These huge unused parcels are just begging to be used as cemeteries. I thought about this concept and decided that I could form a non-profit corporation to promote the idea of using the freeway medians as cemetery property. On the Interstate System, the Federal Government would have a new source of revenue from selling cemetery lots and the users would benefit from the increased awareness of their gravesites. Access could be obtained from the existing turnarounds which are now reserved only for law enforcement and service vehicles.

Having just very recently taken a wrong turn, ending up on a freeway going away from where I wanted to be, and driving miles before an exit was available, I am already aware of that problem, but adequate signage and long turning lanes for entry would solve that issue.

This is a win-win situation, not only do the deceased get much greater visibility, the public, in general, is benefited from the accessibility and convenience of having a quick look at their ancestors as they drive by.

Anyone out there who wants to help me sponsor this new project?
Posted by James Tanner at 3:00 AM