From Whence and to Thither -- Understanding Migration Patterns: Part Two 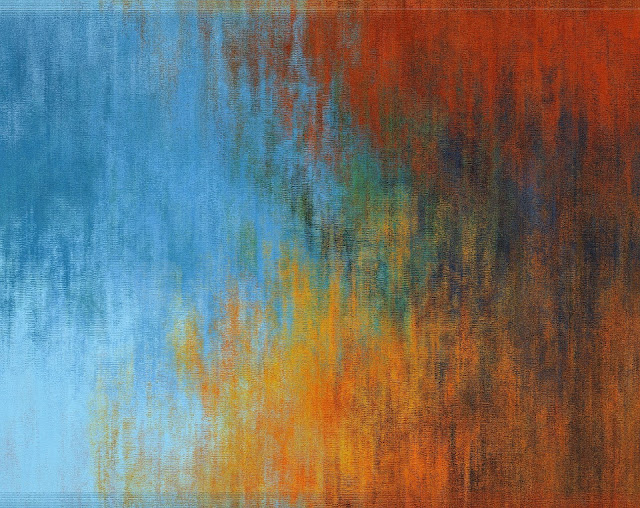 Genealogy is full of patterns. Of course, we have the basic pedigree chart and the overused analogy to a tree structure, but within the information about our families, if we are perceptive, we can also see patterns that help us understand who we are and where we came from. Sometimes these patterns are so obscure as to be almost imperceptible. In these cases, it is vitally important to understand the patterns in the historical context that created them.

In our current age of instant communication around the world and rapid transportation, our families can live and work almost anywhere. In my own family, my children and their family members live in Arizona, Utah, Virginia, Pennsylvania, Georgia, Florida, California, Germany and we live in Maryland. Unless you are aware of their occupations and employment, you would miss the pattern. In the next year, that pattern will change again and continue changing as family members get new jobs and move to new places.

The contrast between today's reality and the reality of those of our ancestors that lived in the past increases as we go back in time. No one living today can remember when the only way you could travel was on foot, by horse, in a boat, or in a wagon. The change came beginning in about 1830 with the development of railroads. The first railroad in America was the Baltimore and Ohio Railroad which began its first commercial transport on February 28, 1827. You might recall that the first transcontinental railroad was not completed until May 10, 1869.

What was life like for our ancestors who lived before there was rapid transportation? That is a question every genealogist should be asking themselves every time they look at a pedigree chart or family tree. We also have to recognize the fact that the railroads had little impact on those people living away from the few tracks that existed until the invention of the automobile. That event took place in America in 1871 with the invention of the first carriage-sized automobile that could navigate the existing wagon roads. It was invented in 1871 by Dr. J. W. Carhart, a minister of the Methodist Episcopal Church in Racine, Wisconsin. I can personally remember talking to some of my older relatives who remembered seeing the first automobile in their small rural communities.

The rate of travel was and still is a major factor in our history. The fact that I can live in Maryland when I have spent most of my life in Arizona and Utah is due in part to our transportation system.

But for our ancestors, transportation was slow and hugely time-consuming. This fact should always remind one of the First Rule of Genealogy: When the baby was born, the mother was there. The further we go back in time, the more important this rule becomes. I am constantly seeing entries in online family trees that show children in a family in the 1700s or early 1800s that are supposedly born in different states, counties or even countries. Absent some very specific documentation of the movement of the family, these lists are almost always inaccurate conglomerations of "same name = same person or family."

But there are real instances where people moved or migrated from one area to another. The westward expansion of the United States during the 1800s is one of the best examples. But even with this example, we have to look to history for its limits. The Louisiana Purchase occurred in 1803. So we cannot expect an ancestor to be born west of the Mississippi any earlier than the first settlements later in the 1800s.

Since the modes of transportation were limited, the parts of the country that could be accessed were also limited. Those of us who have lived in the western part of the United States are not much impressed with the "mountains" in the east, but we can drive through those mountains on freeways or fly over them in airplanes. For someone on foot or following a wagon, those mountains were a real obstacle to travel. For this reason, the migration routes were limited by the geography of the area being crossed. Deep valleys and rivers provided the only access routes across the higher mountain ranges. Interestingly, if you look at a map of the U.S. Freeway system today, you will see an outline of some of those same, traditional access routes.


There is a real physically dependent reason why the freeways follow the routes of the old wagon roads.

You can see the first part of this series here:

http://genealogysstar.blogspot.com/2017/12/from-whence-and-to-thither.html
Posted by James Tanner at 11:29 AM