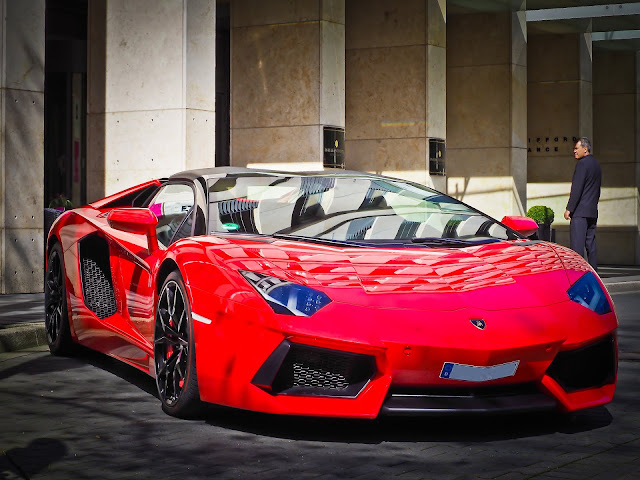 I have been reading car reviews ever since I was a teenager. Now that I am much older, I detect a pervasive bias among all car reviewers and with all my genealogical experience, I see a very similar bias in the genealogical community.

Car reviewers always find something wrong with every car or truck they review. In addition, no matter how good the review, the reviewer always compares the car to a more expensive model. Ultimately, it appears to me, that all car reviewers compare every car to some ideal car that would cost a half a million dollars or more to buy if it existed at all. Sometimes, I feel like I may have adopted a car reviewer's attitude towards genealogy, but I do know a lot of people who definitely have.

The essence of these car reviews is that no car is "good enough." If it drives stiffly, it is said to drive like a truck. If the car drives too softly, it said to have less control, and etc. etc. Even cars costing into the hundreds of thousands of dollars have their failings according to the critics.

Genealogists follow this same pattern. If an effort by a novice genealogists produces anything less than perfection, it is always lacking in utility and could be improved by more sources, more effort and more time spent. Genealogy programs can always be improved and no effort is "good enough."

When I drive down the road, I seldom see a car costing hundreds of thousands of dollars and personally, I often make the observation that even if I had enough money to buy such a car, I would probably not buy one. Expensive cars, like some more extensive genealogical efforts, are "show pieces" and do not reflect the choices made by those of us who drive ten-year-old, very moderately priced vehicles or those of us who do genealogy in our spare time and do not even intend to write journal articles or claim to be professionals.

During my years as a trial attorney, I represented a large number clients in cases involving cars. Some of these involved disputes arising out of automobile accidents over the value of the damaged car, but quite a few involved the condition of the car itself. What I found is that the more expensive the car, the greater the battle over the car's condition. I also learned that spending more money did not necessarily mean you would get a "better" car. I would certainly not want to drive a very expensive car around Utah Valley or Washington, D.C.

In the old days, some genealogists loved to display their huge pile of family group records and pedigree charts, mostly accompanied by explanations about how they were related to royalty. This type of display was extremely counterproductive of engendering any interest in genealogical research. Likewise, scholarly articles on a particularly difficult genealogical mystery may impress others with the same interests, but these articles are very much like driving a Maserati in Utah Valley. It may impress some, but is so far removed from those of us who decide between GMC and Ford that we do not relate and likely never will.

I do think the world needs expensive cars. Just as I believe that genealogy needs a scholarly level of performance. But I do take exception with those who think that anything less than expensive cars and scholarly articles is not good enough are simply wrong. I have been characterized as a critic on many occasions. But I hope that I fall more into the realm of "good enough."

A few more words on this subject are necessary. If a car is shoddily constructed and dangerous to drive, it is not "good enough." Likewise, if genealogical research is only partially done and the results inaccurate or wrong, the work is not "good enough." I hope to follow the one quote I have from my Tanner grandfather and great-grandfather, "if something is worth doing, it is worth doing right." I drive a well-made, very useful and safe car. I hope to do very accurate, very useful and very well sourced genealogy.
Posted by James Tanner at 10:25 AM