The Armenian Weekly reports the following:


On Feb. 9, reports surfaced that over four million Turkish citizens had attempted to access the online government system (known as “e-Devlet”) seeking access to their family tree. Regardless of whether the figure is accurate, it is clear that the high volume of traffic to the website at first slowed and ultimately forced the shutdown of the system, which had only recently been opened.

The reason for the extraordinary interest in these family tree reports was the claim that they contained much more information than previously available—information dating back as the early 1800s in some cases. In addition, this was the first time such information was so easily accessible online from anywhere in the world. The internet soon filled with stories of Turkish citizens learning of Armenian and other ancestry they had not known about previously.

Here is the translation of the above form from Google Translate: 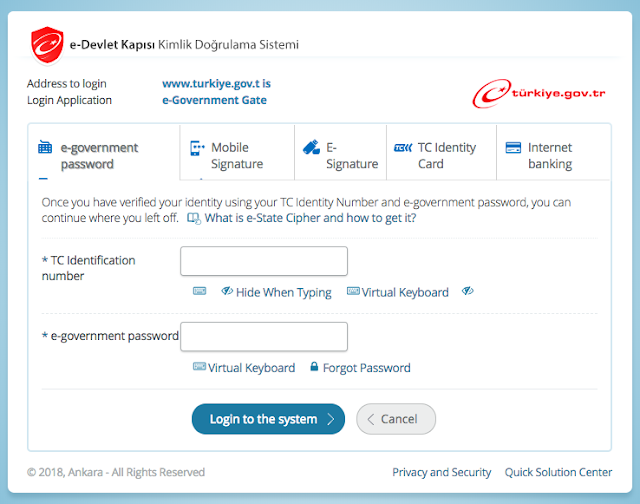 If you are interested at all in Turkish genealogy, here is a possible solution to lack of citizenship and lack of knowledge of the Turkish and Armenian languages: MyHeritage.com. With over 93 million members in every country of the world, by putting your family tree on the MyHeritage.com website, you will have the best chance of connecting with relatives in Turkey.

You can get my introduction to MyHeritage.com from the BYU Family History Library YouTube Channel. See


Making the Most of MyHeritage com
You might note that the Member Map is no longer available on the website
Posted by James Tanner at 4:00 PM