New Ethnicities Around the World Feature from MyHeritage


In keeping with the blizzard of new features being announced by MyHeritage.com, here is another very interesting and informative one: Ethnicities Around the World.

Here is what MyHeritage has to say about the new feature:


Now that MyHeritage DNA has surpassed one million people in the DNA database — we’re releasing a fun and original feature based on aggregated, anonymous ethnicity data from our users. The new feature, Ethnicities around the world, allows you to explore the most common ethnicities in different countries, and the top countries for each ethnicity, according to data from users who have purchased the MyHeritage DNA kit or uploaded DNA data to MyHeritage. 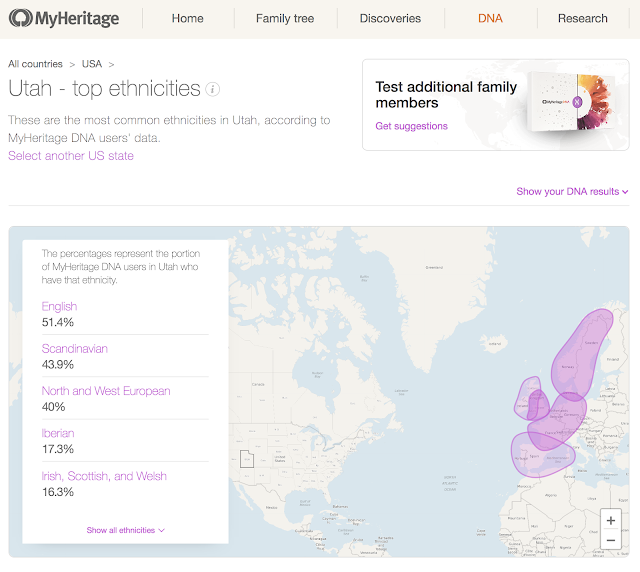 You can choose any part of the world and see where the major ethnicities originate. You can hover your cursor over any area and see the actual percentage. Here in Maryland, the chart looks like this: 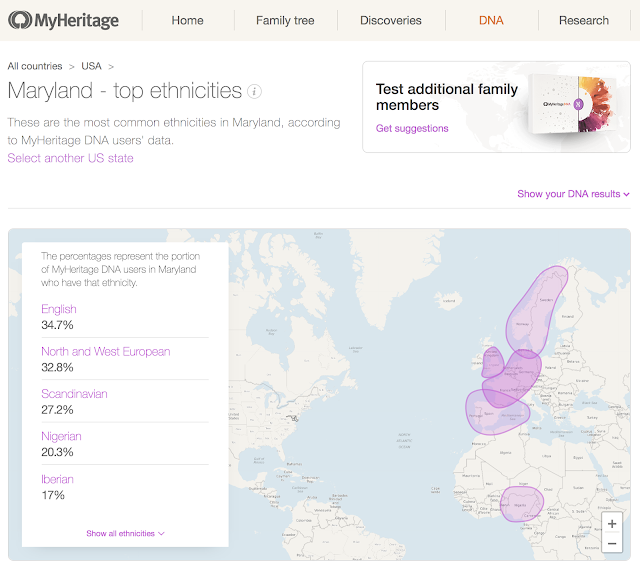 The extended view of Arizona was interesting simply because there was no significant representation of Native Americans. I am guessing that there aren't too many who have taken the DNA test from MyHeritage yet. 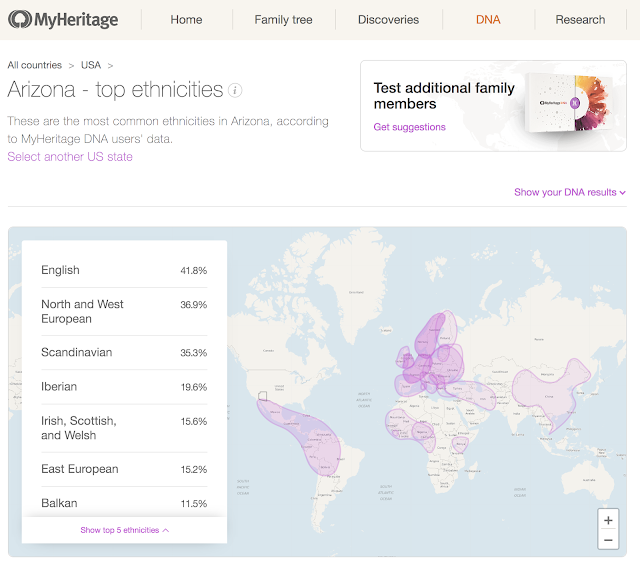 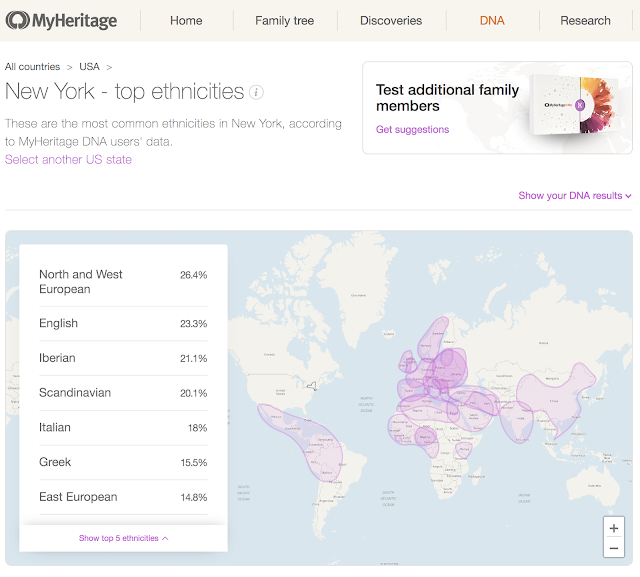 This is interesting because it is actual data and not based on self-reporting as is done with the census records.
Posted by James Tanner at 2:00 AM