The History of the Development of Genealogical DNA: Part Five: Discovering the Gene 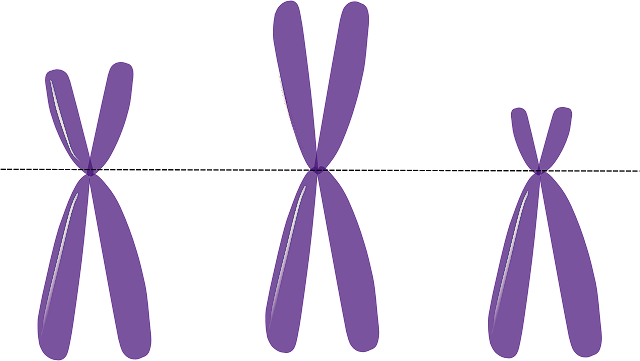 From ancient times, familial resemblance and hybridization have been the basis for speculation concerning the method of transmission of the information from a parent organism to its child. Aristotle realized that there had to be some method of transferring the traits (information) from the parent but he assumed, as did all those who followed him, that the transmission occurred due to nutrient substances that targeted different parts of the body and were diverted to a reproductive path. This Aristotelian theory is often referred to as "spontaneous generation" and was taught and accepted well into the 19th Century.
A response to this theory that attempted to reconcile religious beliefs about the creation with the slowly developing science, held that all of the individual humans since the creation were alive as an almost infinite number of tiny homunculi in the sperm, like an infinite series of Russian dolls. With this view, every newly born child was a special creation dating back to Adam. See Wikipedia: Homunculus. The homunculus theory also made the assumption that humans were unique in their method of transmitting information from generation to generation.

The idea that physical traits could be altered by selection was ingrained in the world's cultures. For example, there is the story in the Bible of Jacob and sheep in Genesis 30:25-43. The fact that we eat corn on the cob is also an example of selective breeding or artificial selection as opposed to "natural" selection.

Even Darwin and his contemporary, Alfred Russel Wallace who also elaborated on the concept of natural selection, were unable to contribute much in the way of an explanation about how physical traits were transferred or the mechanism of transfer from one generation to another. The causative factor in initiating the changes or natural selection was an idea developed originally by the ancient Greeks and is usually identified by the phrase "survival of the fittest." Darwin got the mechanism for transmittal wrong. His theory was that the changes were made through a process called "pangenesis." Here is a short explanation from Britannica.com, "What Darwin Got Right (and Wrong) About Evolution."


According to Darwin’s pangenesis, however, “gemmules” were the seeds of cells, supplied by each parent during conception. Gemmules were produced by all the organs and other structures in the body of each parent. The gemmules from the mother and the father would mix with one another in the fertilized egg. If there were enough of these seed cells and if they developed in the proper way, the offspring would be healthy and viable. Birth defects, such as an underdeveloped organ, resulted either from a lack of gemmules provided by that same organ in the parents’ bodies or from a linkup between the wrong gemmules to build that organ. Darwin also posited that children bore a stronger resemblance to one parent than to the other because the gemmules coming from one parent may be stronger, better adapted, or more numerous than those coming from the other parent.

Gregor Mendel's observations put him on the right track, but his findings were universally ignored for many years. His observations and those of subsequent researchers mandated a more sophisticated view of the mechanism for the transmission of inherited traits initiated with the re-discovery of Mendel's work in 1900. Discoveries and modifications of what was known as genetics began to appear almost constantly and accelerated in step with the advent of generally available computer technology.

At this juncture, from the standpoint of a genealogist rather than a microbiologist or geneticist, I need to confront the issue of the complex technical scientific structure of genetics and its relationship to the genealogical DNA experience. I am not particularly interested in becoming a geneticist so the question arises about exactly how much do I need to know about genetics to use DNA testing for genealogical research?

When I think about an answer to this question, I think about my recent driving trips across the United States. We drove a total of about 10,000 miles from Utah back and forth and while living on the East Coast. During that entire time, not once did I have to worry about how my car operated. As a matter of fact, I do know a considerable amount about the workings of internal combustion engines and have spent a great deal of time replacing parts etc. But what did I really need to know about my car while I was driving across the country? How to put in gas. When to get the oil changed and tires checked. The most complicated thing I did on the trip was to have a battery replaced, change two air filters and replace the windshield wipers. Oh, I also got the car washed.

What does this have to do with genealogy and DNA? What do I need to know about DNA to use it for genealogical research? Hmm, I just repeated my question. Maybe the answer is really in the question. I think the answer is not a whole lot. All the parts of DNA testing that have to do with genes, X chromosomes, Y chromosomes, mitochondria, and so forth are in the category of nice to know.  The DNA testing companies provide me with the information I need to do my research. When I have my own research in a family tree and the companies give me a list of people I am "related" to, it is entirely up to me as to how I go about using that data. But you are essentially telling me that I have to know how to overhaul an engine to drive across the country to tell me I have to be a geneticist to do genealogical research.

I am not through with what we do need to know. One thing that the history of genetics helps all of us to understand is that humans are all humans. We all belong to the same species. The fact that we can demonstrate genealogical relationships with DNA tests should indicate that we all share the same DNA. So what do we need to know? I will presently try to answer that question as I continue this series.