The History of the Development of Genealogical DNA: Part Six: What do You Need to Know? 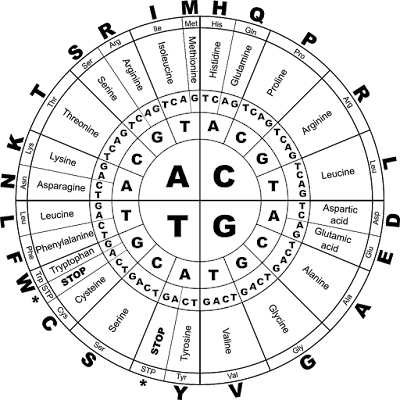 Once we, as genealogists, start getting into the nitty-gritty of understanding genealogical DNA testing and learning about its history and development, the question arises about how much of the technical, detailed scientific side of DNA testing do we really need to know to do genealogical research. Notwithstanding the fact that every class or presentation I have seen included some level of an explanation of these details. For example, I presently have well over a thousand DNA match results from Ancestry.com and 8,151 DNA matches from MyHeritage.com. None of the close matches are surprising or helpful. What do I do with close to 10,000 DNA matches? How will knowing the scientific details of genetics help me?

Many of those who are teaching genealogists about DNA seem duty-bound to explain some level of DNA. After studying the history of genetics and reading everything from the comic book version to textbooks on the discovery and development of DNA, I am still wondering how much of what I have learned actually helps me do genealogy. Well, I have decided that more history won't hurt. So here I go with the development of genetics in the 20th and 21st Centuries.

Unfortunately, at the beginning of the 20th Century, the big deal was the eugenics movement. I have already written about this movement but it is part of the story that needs to be repeated. Here is a quote from the DNA-Worldwide.com timeline in an article entitled "1900s - The Eugenics Movement."


This was an immensely popular movement in the first quarter of the 20th century and was presented as a mathematical science, which could predict the traits and characteristics of human beings.

The darker side of the movement arose when researchers became interested in controlling the breeding of human beings, so that only the people with the best genes could reproduce and improve the species. It was often used as a sort of 'scientific' racism, to convince people that certain 'racial stock' was superior to others in terms of cleanliness, intelligence etc. It shows the dangers that come with practicing science without a true respect for humanity as a whole.

Many people could see that the discipline was riddled with inaccuracies, assumptions and inconsistencies, as well as encouraging discrimination and racial hatred. However, in 1924 it gained political backing when the Immigration Act was passed by a majority in the U.S. House and Senate. The Act introduced strict quotas on immigration from countries believed by eugenicists to have 'inferior' stock such as Southern Europe and Asia. When political gain and convenient science combine forces we are left even further from truth and a society that respects those within in. This is not too dissimilar from the tobacco industries of the 80’s and the sugar industries of the current decade.

The horrific culmination of this movement was the Holocaust perpetrated by the Nazis before and during World War II. Remnants of the movement still survive to this day.

It is convenient that the science of genetics began to develop right after the turn of the century. Archibald Edward Garrod, a physician in England, was the first person to connect a human disorder with Mendel's Laws of Inheritance. His findings published in 1902 were the first to attribute a biochemical basis for the part genes played in inheritance. Here is a citation to a republication of his article.

Progress continued during the early part of the Century as shown by the quote from Wikipedia: History of genetics.


In 1910, Thomas Hunt Morgan showed that genes reside on specific chromosomes. He later showed that genes occupy specific locations on the chromosome. With this knowledge, Morgan and his students began the first chromosomal map of the fruit fly Drosophila melanogaster. In 1928, Frederick Griffith showed that genes could be transferred. In what is now known as Griffith's experiment, injections into a mouse of a deadly strain of bacteria that had been heat-killed transferred genetic information to a safe strain of the same bacteria, killing the mouse.

It was not until 1944 that deoxyribonucleic acid (DNA) was identified as the substance responsible for the genes transforming ability rather than a protein. This discovery was made by Oswald T. Avery (1877-1955), Maclyn McCarty (1911- 2005) and Colin MacLeod (1909-1972). As with many great scientific discoveries, the involvement of DNA in genes was not readily accepted by the scientific community. The discovery of the helical form of DNA was one important factor in the acceptance of DNA as the basis for inheritance. This discovery of the helical nature of the DNA molecules is the real beginning of what we know about DNA today. The double helix structure of DNA was made possible by using X-ray diffraction microscopes and the mathematics of helix transformation was first published by Francis Crick and James D. Watson. Here is the citation to their publication:

The modern study of genetics at the level of DNA is known as molecular genetics. See Wikipedia: History of genetics. From the use of X-ray diffraction in the discovery of DNA, we can see that there is a parallel development of electronic technology and advances in molecular genetics. In 1972, Walter Fiers and his team at the University of Ghent were the first to determine the sequence of a gene: the gene for bacteriophage MS2 coat protein.

Gene sequencing is the process of determining the order of nucleic acid residues in biological samples. Here is where we get into the process of understanding the significance of all those strings of the letters ATGC associated with the present-day complex work being done with entire genome sequencing. Here is a good short summary from Wikipedia: Human genome. (By the way, I use Wikipedia for a very simple reason: it is a safe way to avoid claims of copyright infringement).


The human genome is the complete set of nucleic acid sequences for humans, encoded as DNA within the 23 chromosome pairs in cell nuclei and in a small DNA molecule found within individual mitochondria. These are usually treated separately as the nuclear genome, and the mitochondrial genome. Human genomes include both protein-coding DNA genes and noncoding DNA. Haploid human genomes, which are contained in germ cells (the egg and sperm gamete cells created in the meiosis phase of sexual reproduction before fertilization creates a zygote) consist of three billion DNA base pairs, while diploid genomes (found in somatic cells) have twice the DNA content. While there are significant differences among the genomes of human individuals (on the order of 0.1%), these are considerably smaller than the differences between humans and their closest living relatives, the chimpanzees (approximately 4%) and bonobos.

The first human genome sequences were published in nearly complete draft form in February 2001 by the Human Genome Project and Celera Corporation. Completion of the Human Genome Project Sequence was published in 2004. The human genome was the first of all vertebrates to be completely sequenced. As of 2012, thousands of human genomes have been completely sequenced, and many more have been mapped at lower levels of resolution. This data is used worldwide in biomedical science, anthropology, forensics and other branches of science. There is a widely held expectation that genomic studies will lead to advances in the diagnosis and treatment of diseases, and to new insights in many fields of biology, including human evolution.

None of this would have been possible without high-speed computers with massive amounts of memory. Here is a graphical representation of the idealized human diploid karyotype, showing the organization of the genome into chromosomes. This drawing shows both the female (XX) and male (XY) versions of the 23rd chromosome pair. Chromosomes are shown aligned at their centromeres. The mitochondrial DNA is not shown.

What parts of all this are presently being used for genealogical purposes? Why do we have to keep repeating all of this scientific jargon that seems to get more and more impenetrable as time goes on? Again, how does all this help me sort out thousands of potential relatives?

Stay tuned, this isn't over yet.