The History of the Development of Genealogical DNA: Part Eleven: Moving from Paternity to Genealogy 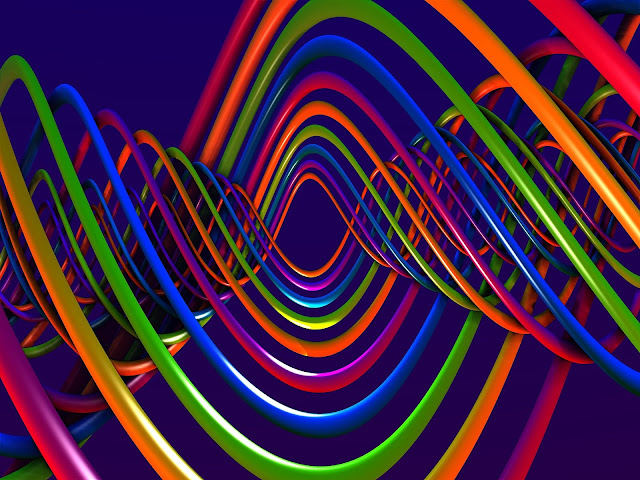 From a genealogical standpoint and ignoring all the social and legal issues involved, paternity testing can be a genealogical research tool. When the legal procedures for using a DNA test to establish paternity are followed, the test results are considered to very accurate. However, no matter how accurate the estimate is considered to be, it is still an estimate. As I set forth in my preceding post in this series, in Arizona the test results can be validly considered if the test affirms paternity by a 95% probability. The important fact here is that the DNA test generates a probable relationship. For the most part, the genealogical DNA testing community seems to dismiss the issue of probability.

If you lived on the side of a mountain, as I do, you might be interested in the weather. This is just one recent reason why I have been interested in the weather since I was a child. But we can all remember a time when the weather predictions were wrong and it rained when no rain was predicted or we had sunshine when it was supposed to rain. As this post was being written, for example, there was a 20% chance of rain along the Wasatch Front, in other words, don't be surprised if it rains and don't be surprised if it doesn't. Weather prediction is still a prediction based on probability. Here is one definition of probability:

DNA testing results are a percentage of the probability that there is a relationship between two people. Here is one statement about DNA paternity testing from LB Genetics, DNA Testing Services, "How is the Probability of Paternity determined?"

Do you have more or less confidence in DNA testing than you have for weather forecasting? Returning to the issue of being switched at birth, if you have been doing genealogical research for years, how do you know that each relationship link in your pedigree is accurate even if all the historical sources seem to support your conclusions? When we are dealing with historical records isn't there always some measure of uncertainty? Don't we need to recognize that DNA testing is just another way of expressing the probability of a relationship? Here is one view on the subject of DNA testing from a Scientific American article entitled, "How Accurate Are Online DNA Tests?"

When it comes to ancestry, DNA is very good at determining close family relations such as siblings or parents, and dozens of stories are emerging that reunite or identify lost close family members (or indeed criminals). For deeper family roots, these tests do not really tell you where your ancestors came from. They say where DNA like yours can be found on Earth today. By inference, we are to assume that significant proportions of our deep family came from those places. But to say that you are 20 percent Irish, 4 percent Native American or 12 percent Scandinavian is fun, trivial and has very little scientific meaning. We all have thousands of ancestors, and our family trees become matted webs as we go back in time, which means that before long, our ancestors become everyone’s ancestors. Humankind is fascinatingly closely related, and DNA will tell you little about your culture, history and identity.

Now we get to a core issue. If you review my previous post, you will see that there are some rather strict rules for using DNA test results in court. Part of these rules deals with the issue of the chain of custody. Here is a short explanation of the concept from Wikipedia: Chain of Custody.

Chain of custody (CoC), in legal contexts, is the chronological documentation or paper trail that records the sequence of custody, control, transfer, analysis, and disposition of physical or electronic evidence. Of particular importance in criminal cases, the concept is also applied in civil litigation—and sometimes more broadly in drug testing of athletes, and in supply chain management, e.g. to improve the traceability of food products, or to provide assurances that wood products originate from sustainably managed forests. It is often a tedious process that has been required for evidence to be shown legally in court. Now however, with new portable technology that allows accurate laboratory quality results from the scene of the crime, the chain of custody is often much shorter which means evidence can be processed for court much faster.

The term is also sometimes used in the fields of history, art history, and archives as a synonym for provenance (meaning the chronology of the ownership, custody or location of a historical object, document or group of documents), which may be an important factor in determining authenticity.

What is lacking in the online, genealogical DNA testing procedure is a documented chain of custody. If you have a well-researched family tree, your DNA testing results may be substantiated to some extent by your paper-research but there is always a degree of uncertainty. For example, let's suppose that you take a genealogical DNA test that shows you have a particular relative, could you use that test result in court? Not likely at all would be the answer. What if you had done substantial historical (genealogical) research and had supporting sources? Taken together, both the historical research and the DNA test may become evidence. To repeat a statement I have made several times, the extent that DNA testing results seem to confirm well-done historical research, those results are useful in confirming the conclusions drawn from the historical research. However, in the absence of a source-based family tree showing a relationship, the DNA test becomes much less useful in producing accurate and reliable results. Just as a DNA test, by itself, cannot establish paternity in a court, a genealogical DNA test should not be automatically assumed to be correct without external confirming historical (genealogical) research.

Stay tuned for the next post in this series.