If the entire world is buying smartphones and cell phones with cameras, why are we worried about separate cameras or even flatbed scanners at all? Can't we just take a photograph of our documents with our phone and leave it at that. Why bother with a bulky, less-than-portable, scanner? If scanners are needed, why do the FamilySearch Document Acquisition people use cameras? Why have cameras been used for archiving since about 1938? Why don't they just scan the documents?

The answers to all these questions involve complex issues, some practical, some economical, and some chiefly political in nature. The answers also involve the evolution of technology and the rate at which technological changes are adopted by archivists and document conservators.

To start this particular discussion, I need to show three images. One, obtained by a camera and then developed as a microfilm image and subsequently digitized, the second, an image altered by modern image enhancement techniques, and the third taken by a modern digital camera directly from a document.

Before presenting the three examples, I need to explain what you are going to see. Document reproduction (and all photographic processes) depend on the quality of the physical document. Old documents are seldom in pristine condition and are subject to a variety of natural forces that may destroy the original documents and make them unreadable: fires, floods, mold, insects, chemical changes, rough handling, and many more. Original reflective light photography could do very little to improve the readability of the original document. Microfilm images were often unreadable. The advent of digital imagery and the technology involved has developed ways to restore unreadable images and even reveal images that are invisible to the naked eye. But much of this image enhancement technology depends on access to the original documents. There is only so much that can be done to enhance a poor microfilm image of an unreadable document. In addition, if the original document is unreadable, there are both temporal and economic issues the arise if document restoration techniques are to be used. More about this later on in this post and the series.

Here is the first image without any particular photographic enhancement. This is a copy of a U.S. Census record directly from the original documents as shown on Archive.org; 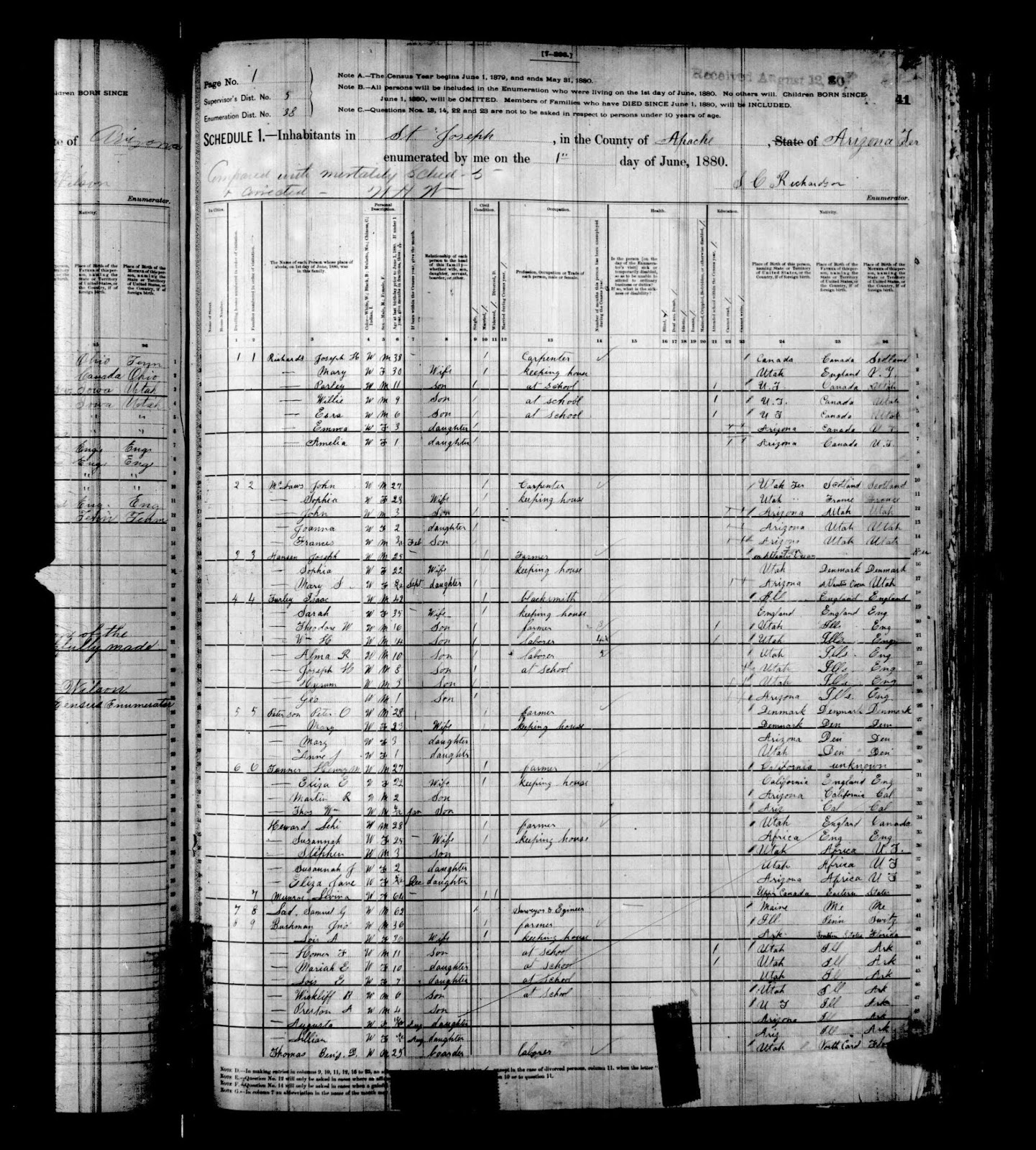 You may have to click on the image to see any detail. Here is a screenshot of the section of the document pertaining to my Great-grandfather, Henry Martin Tanner:

Again, you may need to click on the document to see the detail.

Here is the same page of the same U.S. Census record from FamilySearch.org:

Here is a screenshot of the two documents side by side:

You might not be able to tell, but the second image, from FamilySearch.org, has the contrast enhanced to show more detail. Both are fairly good images, but the second one probably shows more detail than than the first even though it appears darker.

Here is a current digitized image from FamilySearch.org. The format of the way the image was taken reveals that it was taken directly by a digital camera. This is a sample of the Tennessee, Freedmen's Bureau Field Office Records, 1865 - 1872 from Chattanooga, Tennessee. 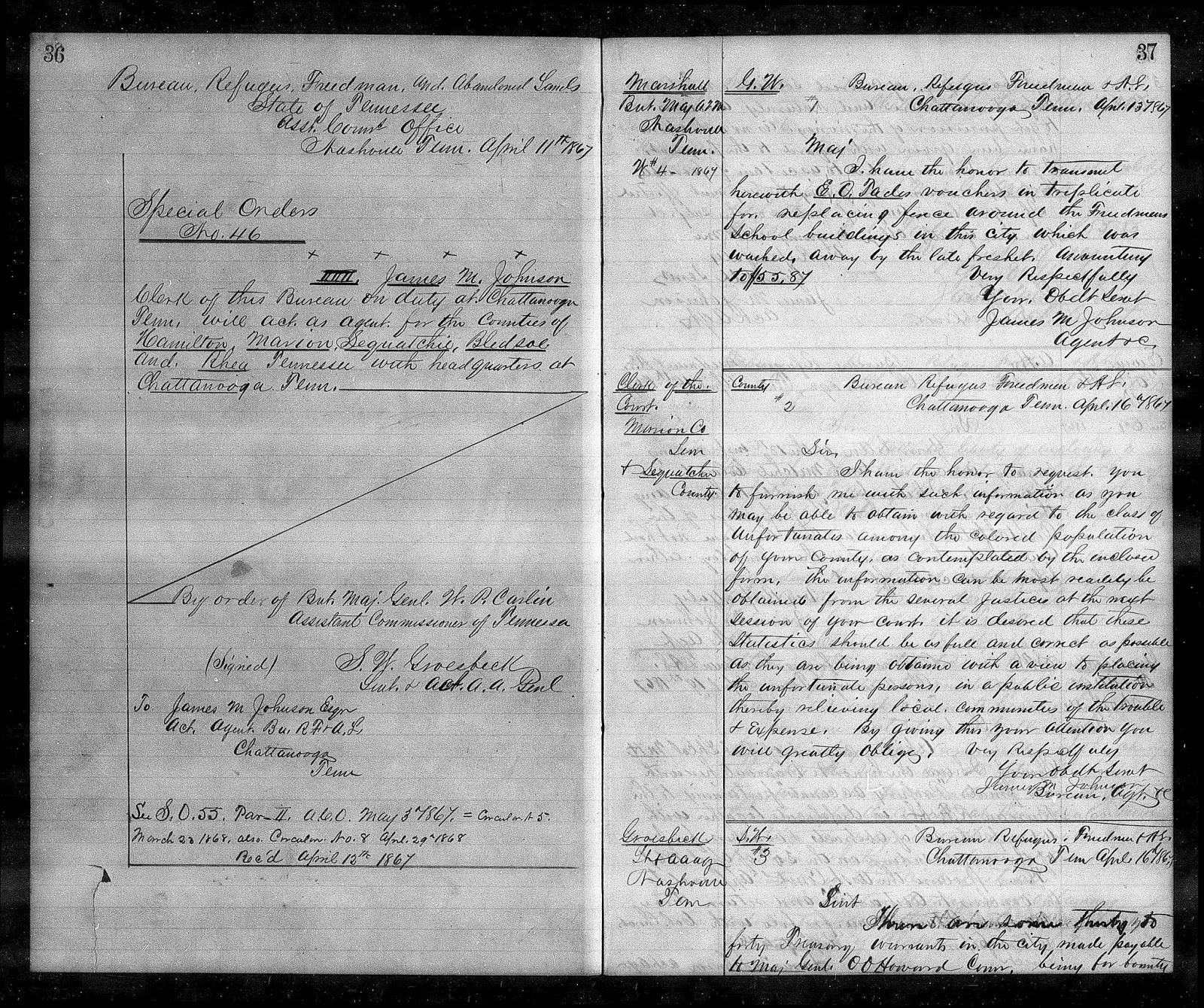 Here is an enlarged section of this same Tennessee document: 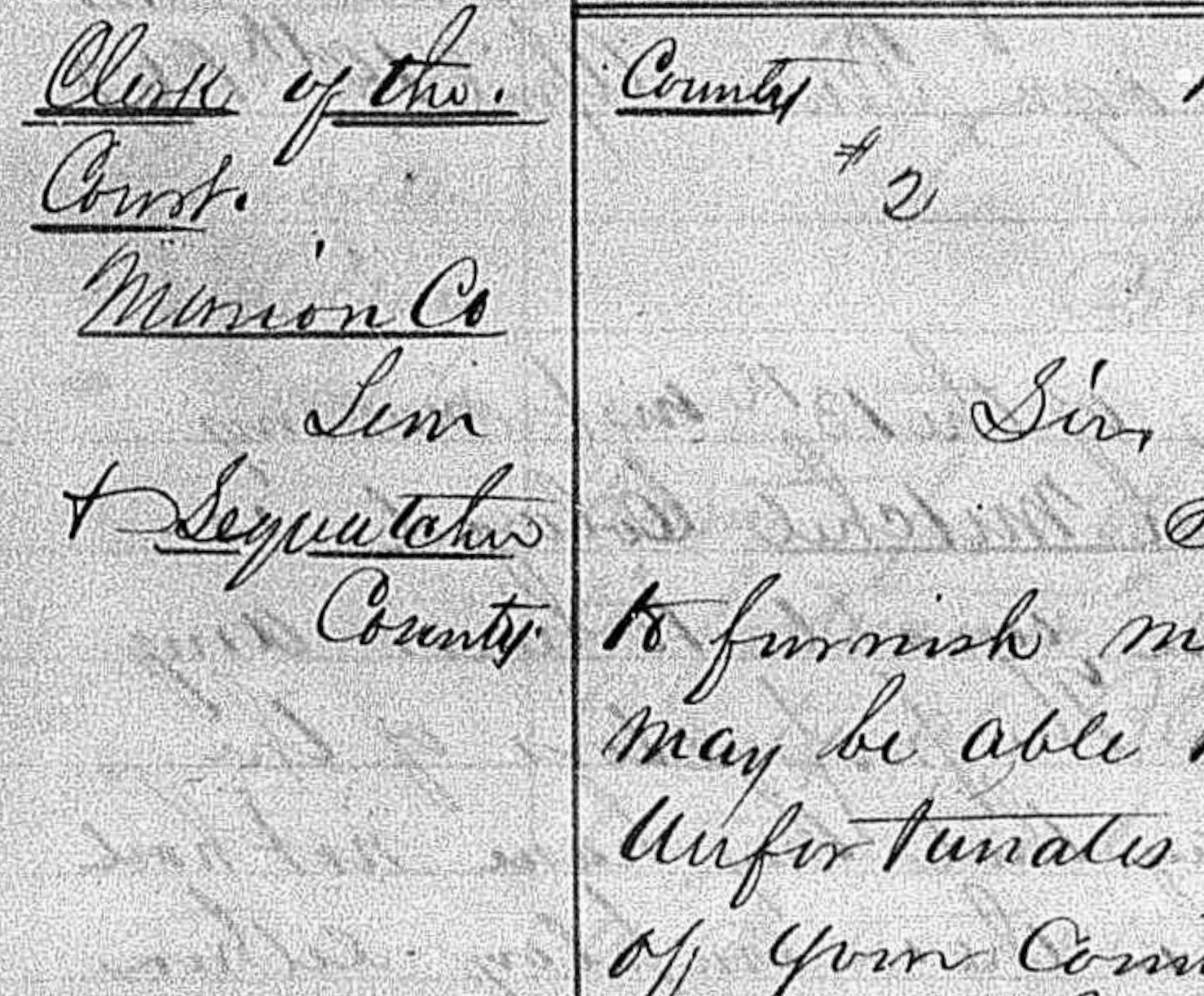 You can see that the quality of the digital image is still very good even with some bleed through from the backside of the document.

The point here is that the limitations of the original often eclipse the sophistication of the technology and that there is little that can be done to enhance an image even with modern technology because of time and cost constraints. Would a modern scanner produce a better image? Yes, likely, but the problem is that the originals are not in a place nor do they have the format that would lend itself to using some type of scanner.

Most of the discussions about making a comparison between using a scanner versus using a camera revolve around the issue of resolution. Cheap scanners could make a higher resolution image than a cheap camera. Archive quality digital cameras were extremely expensive. The main issue was and still is, the resolution of the image. It was not until relatively recently that consumer or prosumer digital cameras achieved an acceptable resolution. I will have a lot more to say about the technical aspects of making digital images in successive posts.

Here are some the basic considerations, pro and con, between using a camera and a scanner:

Pros for using a camera:


Cons for a camera:


Pros for using a scanner:


Cons for a scanner:


One of the most common discussions about the use of scanners and/or cameras revolve around the distinction between scanning a photo and scanning text (i.e. documents without pictures). In this series, I hope to show that digital cameras have evolved to the point where they are more than just an alternative to scanners, but now have become the most effective tool for genealogists and archivists of all kinds.