What Collecting Stamps Taught Me About Genealogy 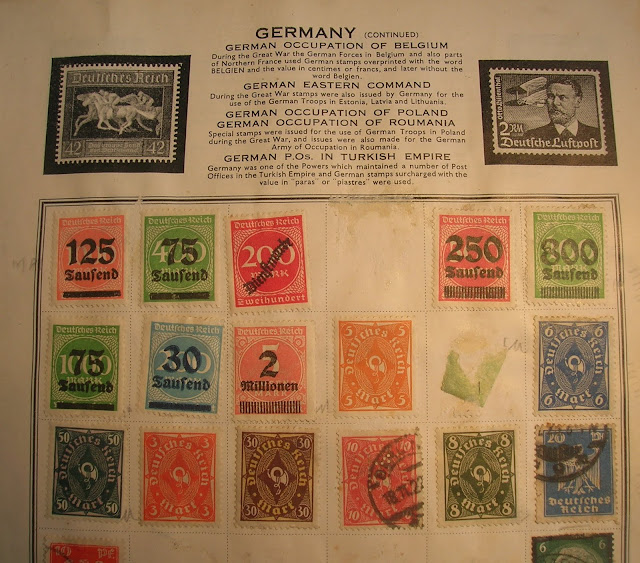 I began collecting postage stamps when I was about eight years old. Within a couple of years, I was attending stamp club meetings and began exhibiting my collection at local conventions. I maintained a strong and active interest in stamp collecting (philately) until well into my late thirties and early forties. As a result, I acquired a very extensive and valuable stamp collection.

Stamp collecting and other such pursuits are no longer of interest to the Lego obsessed and video game addicted youth today. But being involved in stamp collecting for such a long period of time and at a semi-professional level taught me some lessons that have proved valuable to my genealogical research.

The first and most important lesson I learned from stamp collecting was about geography and history. As I acquired stamps from exotic places, I had to learn about those places. I learned about how European countries had changed over the years as I acquired stamps from Wurttemberg and the Saarland and other such countries that are now parts of Germany. I even learned some foreign language when translating the stamps from Hungary and Finland. I learned about monetary systems and exchange rates. The people and events portrayed on the stamps gave me a sense of history and I read about some of the events and people I saw on the stamps.

More importantly, I learned about the value and valuation of collectibles of all kinds. Stamps are only one of many, many collectible items in the world. They are closely allied with coins and currency, but similar to everything from antiques to automobiles. I learned some very important lessons from trading and buying stamps that can be summarized as follows;


One important lesson I learned rather quickly was that stamp collecting, like any other business that can also be classified as a hobby belongs to those who are educated in its complexities. The casual stamp collector was usually motivated by pretty stamps. Some countries made a sizable percentage of their national income from issuing beautiful stamps for collectors. Usually, these stamps had little or no real value to a serious collector. On the other hand, the really valuable stamps were seldom flashy or attractive per se.

Some collectors focused on a certain country or topic. For example, this baseball stamp could become the basis for a collection of stamps showing baseball topics. There were pretty stamp collectors and serious philatelists, just as there are genealogical name collectors and well as serious genealogists. Many of the collections made by children or inexperienced stamp collectors ended up ruining the stamps and destroying any future value. Many times the similarities between the two pursuits is extraordinary.

All of this experience with stamp collecting gave me great insight into the pursuit of genealogy. The parallels between doing genealogy and collecting stamps were significant and extensive. Genealogy is a "hobby" that is also a very serious business. Knowledge of geography, languages and history are just a important or even more important than when collecting stamps. Because I learned about the valuation of collectibles and the preservation of valuable stamps, I appreciated the need to acquire and preserve valuable genealogical documents. I also learned about counterfeit stamps and acquired an understanding of how to distinguish between real and bogus sources of information.

One of the reasons why I see so few youth involved in genealogy today is because they are not exposed to the discipline or constraints of something like stamp collecting. Can you really imagine any of your youthful acquaintances getting excited about a finding a new stamp? Can you imagine them spending their entire allowance on stamps, like I routinely did?

By the way, the self-adhesive stamps issued by the U.S. Post Office today have absolutely no interest to me as a collector. With only a very few exceptions, they will take many, many years before any of them are worth as much to a collector as you pay for them at the local post office. This is sort of like what I now find today in online family trees.

The lessons I learned from stamp collecting have served me well in many aspects of my life and most recently in genealogical research.