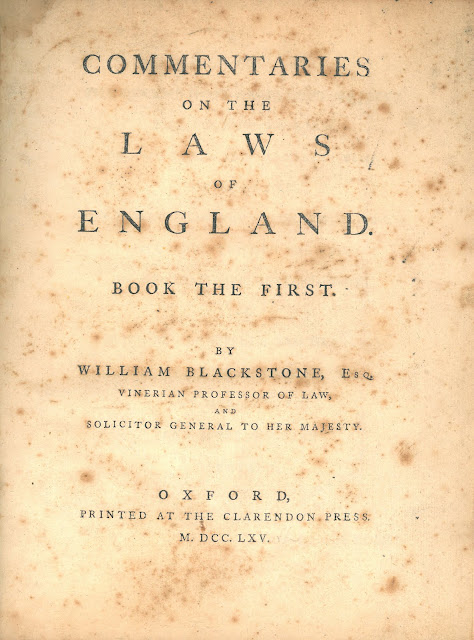 The last two posts in this series covered some of the more persistently used Latin phrases used by lawyers and judges. It is interesting that the law has preserved this archaic connection to is dim past, but genealogists who do research into any of the multitude of aspects of our legal history often run into these phrases. My goal was to not only define the terms but give some of the legal background about how they are used. I have been limiting my comments to about ten terms per post but in this case, I am discussing just one aspect of the legal system, but one you will likely run into frequently.

Casus fortuitus -- literally "fortuitous event"
This is a term used in conjunction with claims in "tort" or personal injury. The word "tort" comes from the Latin term tortum meaning wrong or unjust.  The full definition of the word "tort" is a wrongful act or an infringement of a right (other than under contract) leading to civil legal liability. Tort law is contrasted with contract law. The difference between tort claims and contract claims only barely begins to become clear to law students after reading a few hundred or so cases. When law students (and practicing lawyers) "read a case" it means that they study the language of the case as well as the decision in an attempt to understand how the case was decided. I once estimated that during law school, I read an average of about 20,000 to 30,000 pages of law cases a semester. When I finished law school, I needed a new prescription for my glasses.

There are really three different tort terms, casus fortuitus, force majeure (really French) and vis major. As tort law in the United States has evolved one of the main issues in any tort action (personal injury) is "causation." I could easily write a hundred or more pages on the legal theories surrounding the concept of causation. For example, here is a sample of a California Civil Jury Instruction (CACI) on causation.


430. Causation: Substantial Factor
A substantial factor in causing harm is a factor that a reasonable person would consider to have contributed to the harm. It must be more than a remote or trivial factor. It does not have to be the only cause of the harm.

[Conduct is not a substantial factor in causing harm if the same harm would have occurred without that conduct.]

If you want a small introduction to tort law also called the law of negligence and usually advertised by lawyers who profess to deal in "personal injury claims," you can look at the whole list at the following link: https://www.justia.com/trials-litigation/docs/caci/400/

The difference between the three terms cited above concerns the origin of the action that "caused" the injury. A force majeure is a man-made cause that cannot be avoided such as a war or riot.  A casus fortuitus would be an injury caused by the injured party being in the wrong place at the wrong time. For example, we have news accounts here in Utah every so often about people hit by rocks falling off the canyon walls as they are driving on the roads up the canyons. A vis major is literally a greater or superior force. We usually apply the inappropriate term "act of God" to this type of occurrence as if God sent the rock down the side of the mountain to specifically crash into a specific car. Maybe He did but that is not something our legal system can decide.

Since our legal system cannot repair the actual or physical damage done by a negligent act, we have evolved a system of awarding monetary damages for torts. Juries and judges are placed in the position of determining "fault" in the case of a tort claim. One legal definition of "fault" is as follows:


Fault is a negligent or intentional failure to act reasonably or according to law or duty. It is an improper act or omission causing injury to another and arising from ignorance, carelessness, or negligence.

Every word or term used in a legal context has its own legal meaning. That is one factor that makes doing genealogical research into legal documents so difficult. A word like "fault" has a complex legal definition and is used in a very specific way. Use or misuse by one of the parties in a legal dispute of one word or phrase can change the outcome of an entire lawsuit. You cannot rely on "common sense" in understanding the outcome of a lawsuit.

Historically, an action in tort was called a trespass action. The term "trespass" did not refer to the action we know today, it was more inclusive and included any interference with lands, goods or a person. The action was commenced by the filing of a "writ of trespass." Originally there was a distinction between "trespass" and "trespass on the case." On one hand there was a direct injury caused by an action of the defendant and in the trespass on the case, the act was indirect. This distinction was abolished in England in the 1800s.

English law was greatly influenced in the United States by a publication known as Blackstone's Commentaries on the Laws of England. There are over 1500 editions of these books listed in WorldCat.org. Many of these books are available online in ebook format and you can look at them if you are interested.