How to take better photos for genealogy: Part Six More about cameras

To start out with this post, you may want to view my recent webinar for the Brigham Young University Family History Library YouTube Channel entitled "How to Take Better Photos for Genealogy."


When you find an old family photograph, it is interesting to think about the type of camera that was used to make the photo and what it took to get the photograph developed and printed.

The standard camera for a professional studio or commercial photographer up until the latter part of the 20th Century was a large format view camera such as this Deardorff Studio camera from about 1929. 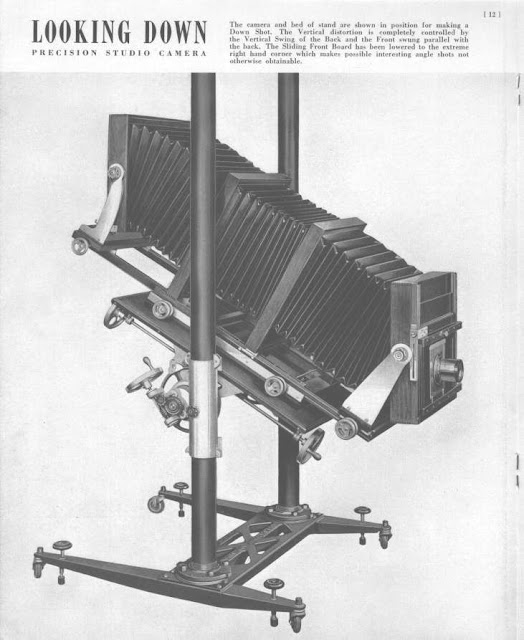 Here is a description of the camera from the Deardorff Historical Website.


Some specs. Maximum Lenth 72 inches with all 3 sets of bellows.
Maximum height, The tallest stand was a 20 footer !! Most were 15 feet tall.
The tubes hold lead weights to counter the weight of the camera
The platform that the camera sits on can rotate 360 degrees around!
Total weight, 850 lbs (20 footer)

This type of camera is classified as a large-format camera and had a film holder that held a flat piece of film which was 4 inches by 5 inches or larger. At about the same time, consumer-level cameras in the medium format range were smaller than 4" x 5" but larger than 24mm x 36mm.  The smaller film size is usually called 35mm film and came in rolls.  Here is a photo of some examples of medium format cameras. This photo shows a Hasselblad 500C/M (~1958) Yashica Mat 124 (1968) RolleiCord IV (1954).

The earliest roll film for consumer-level cameras was produced by Kodak in 1912 is called 127 film and was 46mm wide. The photographs produced were either 4 inches x 4 inches or 4 inches x 6 inches. There were 16, 12, or 8 images per roll of film depending on the size of the image. Here is a common Kodak Brownie camera.

If you were a photographer using a medium format or larger camera, you might have to spend as much as $2.00 or more for each photo back in the 1950s. The current price of a roll of 35mm film with 24 exposures is about $25 or $1 for each photo. Here is an ad on Amazon. 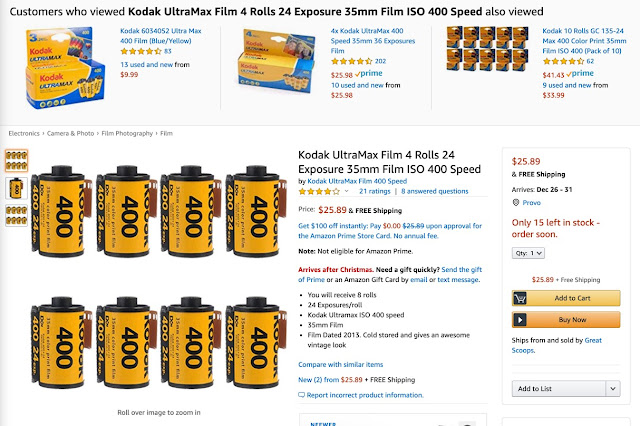 It presently costs about $5 to get one roll of film developed and scanned at Walmart and Costco.

To see some of my images go to Walking Arizona or https://walkingarizona.blogspot.com/
Posted by James Tanner at 9:05 AM