Listening to the world of genealogy software

This is an audio file of this post on StoryPress.com


Back in 1984 there was a lot happening in the world of personal computers and software. Almost unnoticed by a computer world focuses on the introduction of the Macintosh computer, The Church of Jesus Christ of Latter-day Saints published a DOS-based program called Personal Ancestral File.

By 1984, the world was well saturated with the idea of a "personal computer." The IBM 5150, introduced in 1981, had popularized the term which was quickly shortened to "PC." Genealogy software was definitely a small, unnoticed sideshow to the developments on the main technological stage. However, Personal Ancestral File was to play an important part in a nascent industry that was to involve billions of people across the world and spawn a billion-dollar genealogy industry with huge multi-national corporations.

Personal Ancestral File (PAF) was an outstanding success as a software product by any measure that can be applied. PAF was not the first commercial genealogy program. That honor probably goes to "Genealogy: Compiling Roots and Branches" by John J. Armstrong advertised in the September, 1979 issue of Personal Computing Magazine. That program sold for $250. See "A Century of Genealogy" by Kathleen W. Hinkley, CGRS. Interestingly, some of the current genealogy software programs date back to those early years of computing. For example, Ancestral Quest is the great-grandchild of that early Personal Ancestral File program.

What were the basic functions of Personal Ancestral File and why did it become a de facto standard for so many years? Probably, one of the main reasons was the price. It was low priced to begin with, never more than $30, and eventually was essentially free. I took a look at my last copy of the PAF program in its original packaging to see what it was that made PAF such a pervasive program in the very modern history of genealogy.

Fundamentally, Personal Ancestral File was not a simple or easy-to-use program. It was complicated and took a considerable amount of effort to master. Most of the thousands of Family History Centers around the world, until quite recently, consistently taught classes about how to use the program. The fundamental features of the program have been copied and are found in the most recent and advanced online genealogy programs available today. There are still great numbers of people using the program on Windows-based computers today. I have a copy of PAF running on my Windows 8.2 laptop. In fact, I was just able to copy the Personal Ancestral File 5.0 Users Manual over to my iMac running OS X Yosemite. I am not aware of any other program, genealogy or otherwise, that old that I can still run on the latest version of Windows. Personal Ancestral File version 5.0 was discontinued in 2002. In July, 2013, Personal Ancestral File was "retired" and all support was discontinued. 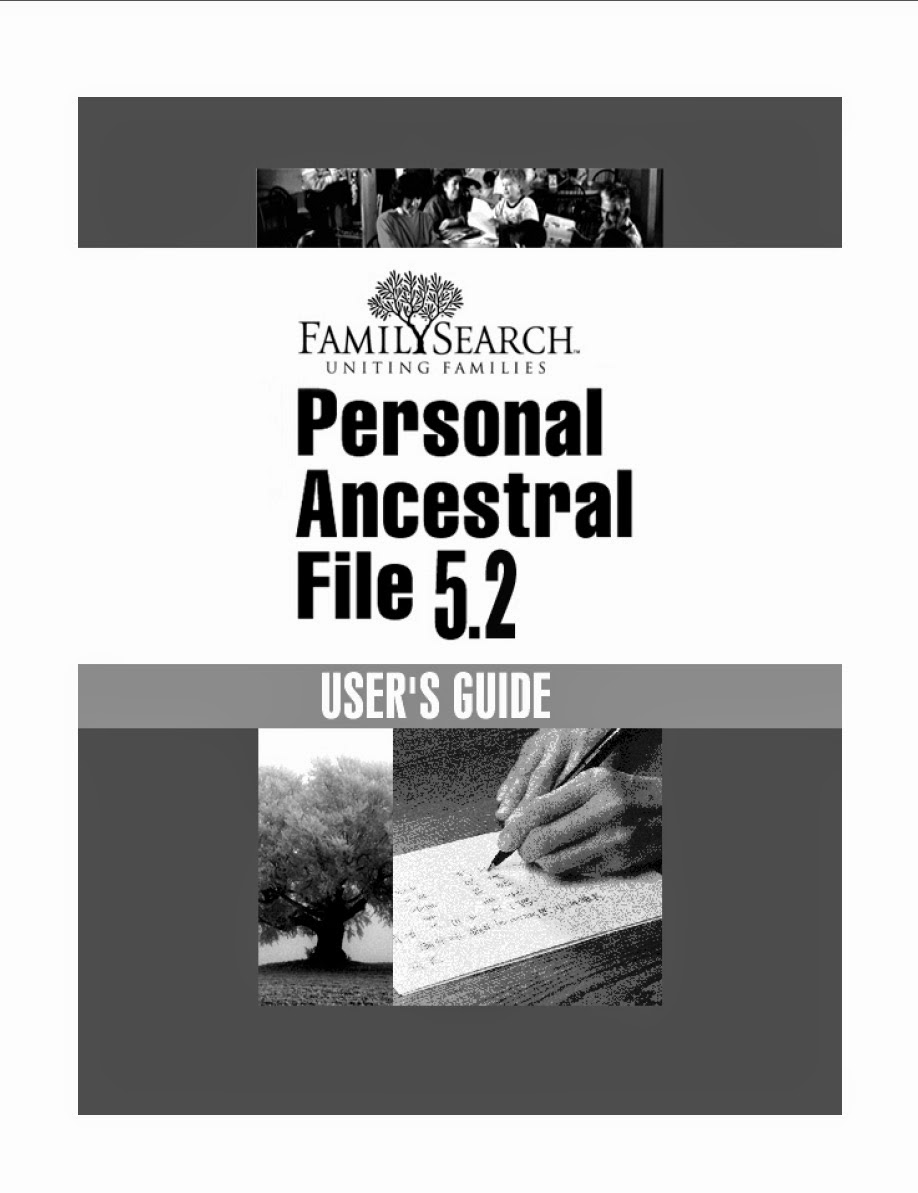 Why does the ghost of PAF still haunt the genealogical community? I have commented in the past about the conservative nature of the genealogical community, but taking that position addresses only part of the story. The real reason why Personal Ancestral File was and still is so popular is that it did exactly what most genealogists expected a program to do. You might claim that software creates its own expectations, but genealogy software is based on a long history of paper forms and procedures going back hundreds of years. A pedigree chart drawn hundreds of years ago is still entirely useful and recognizable instantly to any practiced genealogist today.

Genealogy software is still alive and well. Many of the users of such software have moved and are still moving to online programs. There are currently 884 programs actively being reviewed on GenSoftReviews.com. Guess what? Personal Ancestral File is still being reviewed and presently has a rating of 4.51 stars out of 5. Further, Ancestral Quest and Personal Ancestral File easily rate higher than many of the other commercially available and very "advanced" programs today.

Maybe there is a lesson and a message here. Maybe the features in a genealogy program that are important to the genealogical community are those in Personal Ancestral File.
Posted by James Tanner at 8:21 AM