Revisiting the ethics of photo manipulation or "restoration" Part One

From time to time, and the present time is no exception, I get into difficult conversations with fellow genealogists about the issue of photo "restoration." This issue affects me on several levels since I am both a dedicated genealogical researcher and a photographer. I have been taking photographs since I was a child and have been more than casually involved with photography for over 50 years. At the same time, I have been directly involved in the entire history of digitizing these photographs. I have been working with computer programs, such as Adobe Photoshop, at the time they were first made available back in 1989 or 1990.

Since those early years, the manipulation of photographic digital images has become pervasive in our society. I would venture to guess that there are almost no commercial images today that have not gone through some alteration process using photo manipulation software. In fact, the word "Photoshop" has become a common verb in our language. We often speak of "photoshopping" an image. Of course, this may technically violate the copyright and/or trade name rights of the owner. However, the definition now appears in the Mirriam-Webster dictionary. The verb is defined as follows:


Definition of PHOTOSHOP
transitive verb
: to alter (a digital image) with Photoshop software or other image-editing software especially in a way that distorts reality (as for deliberately deceptive purposes)

Well meaning genealogists often use Adobe Photoshop or some other program to alter original, historic photographs for a variety of reasons, mostly having to do with "improving" damaged or unsightly images. In fact, a cottage industry has arisen with the objective of copying and enhancing faded or damaged photographs.

The question arises as to when the alteration of an original, historic photograph (including all the historic methods of photography from daguerreotypes to the present digital images, surpasses mere "restoration" and impinges on the issue of photo manipulation? I certainly do not have to go far to see photographs that have been substantially altered from the original. Does the fact that I have made a "digital copy" of the original image give me license to alter the image to suit my own personal sensibilities? I have had recent discussions on this topic where the genealogist in question takes the position that they are the ultimate arbitrator of what is and what is not acceptable alteration.

Perhaps it would be a good idea to illustrate some of the more egregious examples of what I am talking about. Here is a selection of photos from the FamilySearch.org Family Tree Memories photos. My examples are directly from the images placed online by various contributors. Where available, also on FamilySearch.org, I have included a more faithful copy of the original image. I will comment where appropriate.

The first examples are of cropping an image. My position is that the original image should not be cropped at all. We are representing an historical artifact. Anything that changes the original format of the image becomes our interpretation of the original and the information contained in the original image has been lost. Even the most rudimentary photo manipulation program can crop an image. Adobe Photoshop, in this instance, is overkill. 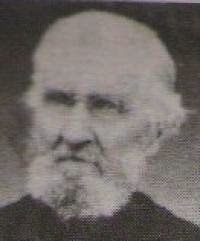 This is a highly cropped image and also a very poor quality reproduction. Here is another image of the same person showing where the cropped image originated. 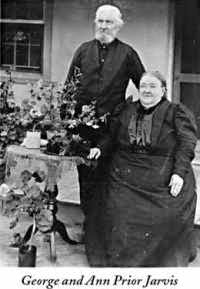 It is very common among genealogists to crop out a headshot of an ancestor. However, the context of the image is completely lost. This type of cropping was (and is) extremely common on the pedigree charts I used to see as a youth. Here is an example: 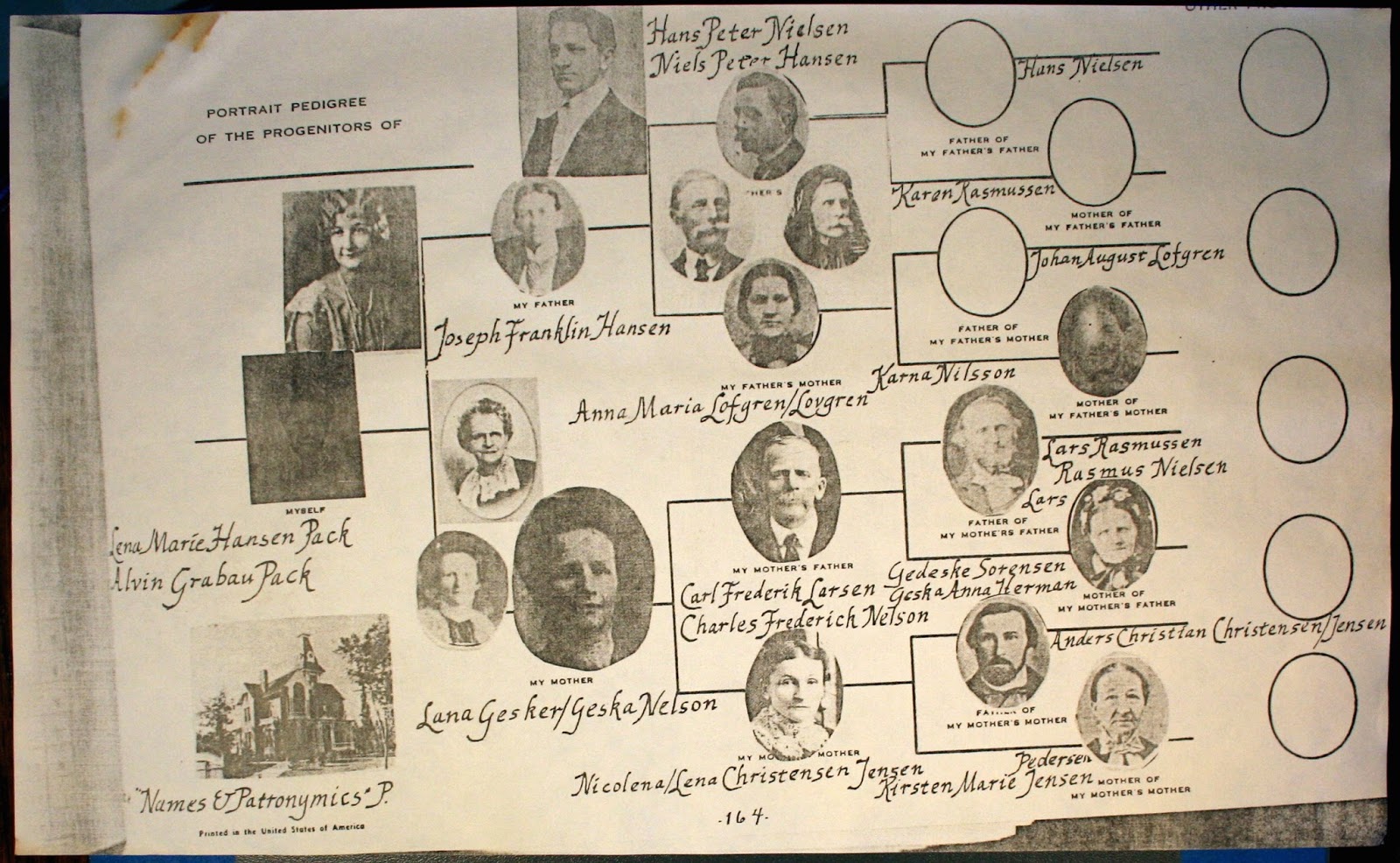 In making these collages of photos, often, the original photograph was destroyed when the smaller, mostly rounded images were physically cut out of the original. Here is an example of that process: 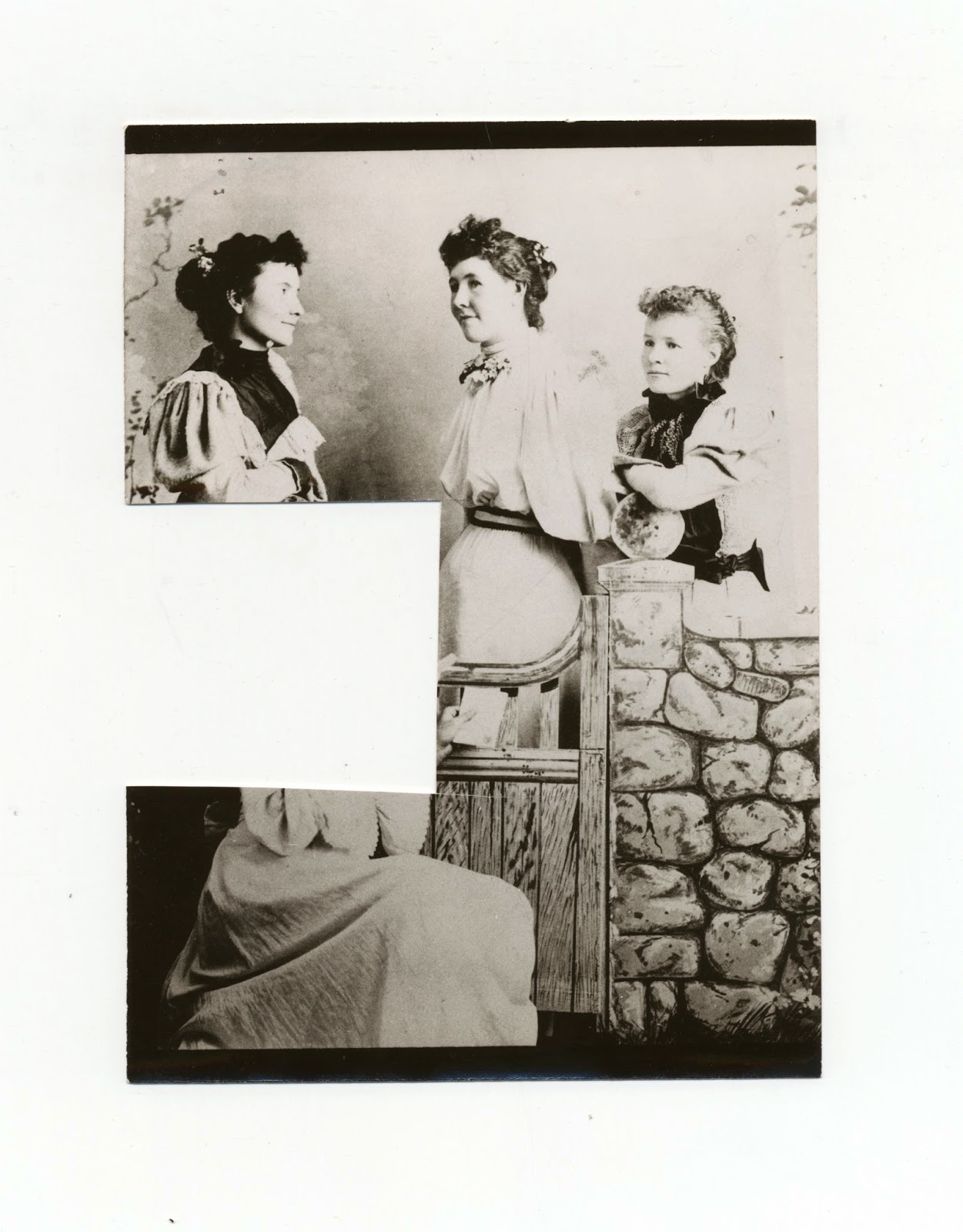 It is now impossible, practically speaking, to determine who was cut out of this original photo now that they have become separated. I do not have a copy of the uncut original. I am fully aware that many original photos from the past, were printed as head shots. But I always speculate how much more interesting and historically accurate the photos would have been had they included more of the subject. The tagged images in the FamilySearch.org program give the appearance of these "cut" photos and the old cut heads on the pedigree charts. It is interesting that the more things change, the more they stay the same. The new version of the FamilySearch.org Family Tree is still showing "head shots" on the pedigree. Only the method has changed.

The process of extreme cropping is not limited to one example. Here is another with the assumed original. 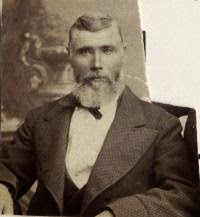 Here is the original, or what is left of it. 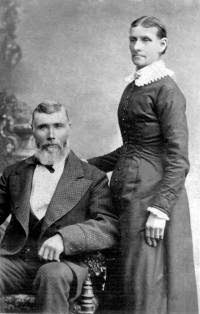 Even this more complete image is more than likely cropped. We use the background, clothing and props to date these old photos. All this is lost with an arbitrary cropping for a head shot.

Here are two more examples where the "original" has yet to make an appearance. 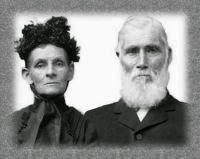 I would suggest that simply because a tool exists, it does not mean it has to be used. There is a blurred distinction between restoring and rewriting the past.

This was not at first intended to be a series. But it looks like now that I have gotten started, there is a whole lot more to say. Tune in for another installment.