Revisiting the ethics of photo manipulation or "restoration" Part Two 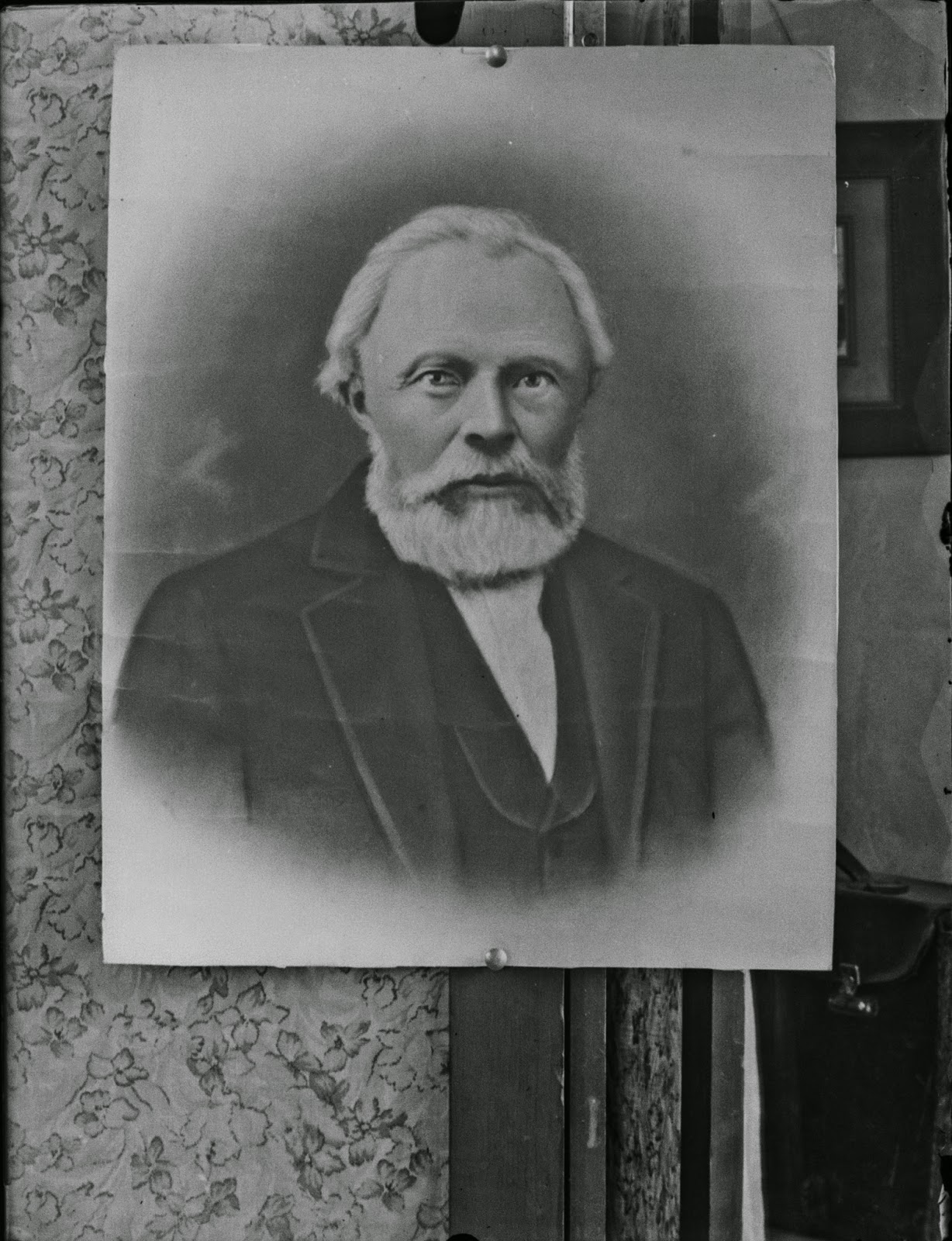 Today, photographs are ubiquitous, but originally, especially back in the 1800s and even into the early 1900s, many people had their photographs taken only a very few times, if at all, during their lifetimes. Photographs from this early time period then become irreplaceable historical artifacts. Also, in the absence of a negative, the only method of reproducing an image was to take a photograph of the original, as is shown in the above image. As would be expected, the quality and resolution of the second, reproducing photograph was much degraded. In addition, as noted by the use of thumb tacks to position the original, the process often resulted in physical damage to the original photograph.

Digital images create a unique photographic challenge. Although the issue of reproducibility is lessened, the existence of easily available methods of altering the images presents a whole panoply of additional dangers to the historicity of the "original" image. The desire to improve upon nature is almost irresistible. To be quite frank, I do not use or recommend the use of about 80% of the tools or effects available in the average photo manipulation program. Besides seriously compromising the historicity of the images, they are simply tacky.

Here are some examples of what I mean. This first image is taken directly from the original glass negative. The image was taken with a Canon D5 Mark II Camera using a Canon 35 mm lens. The negative image was then reversed in Adobe Photoshop to a positive image. Nothing else has been done to the image. 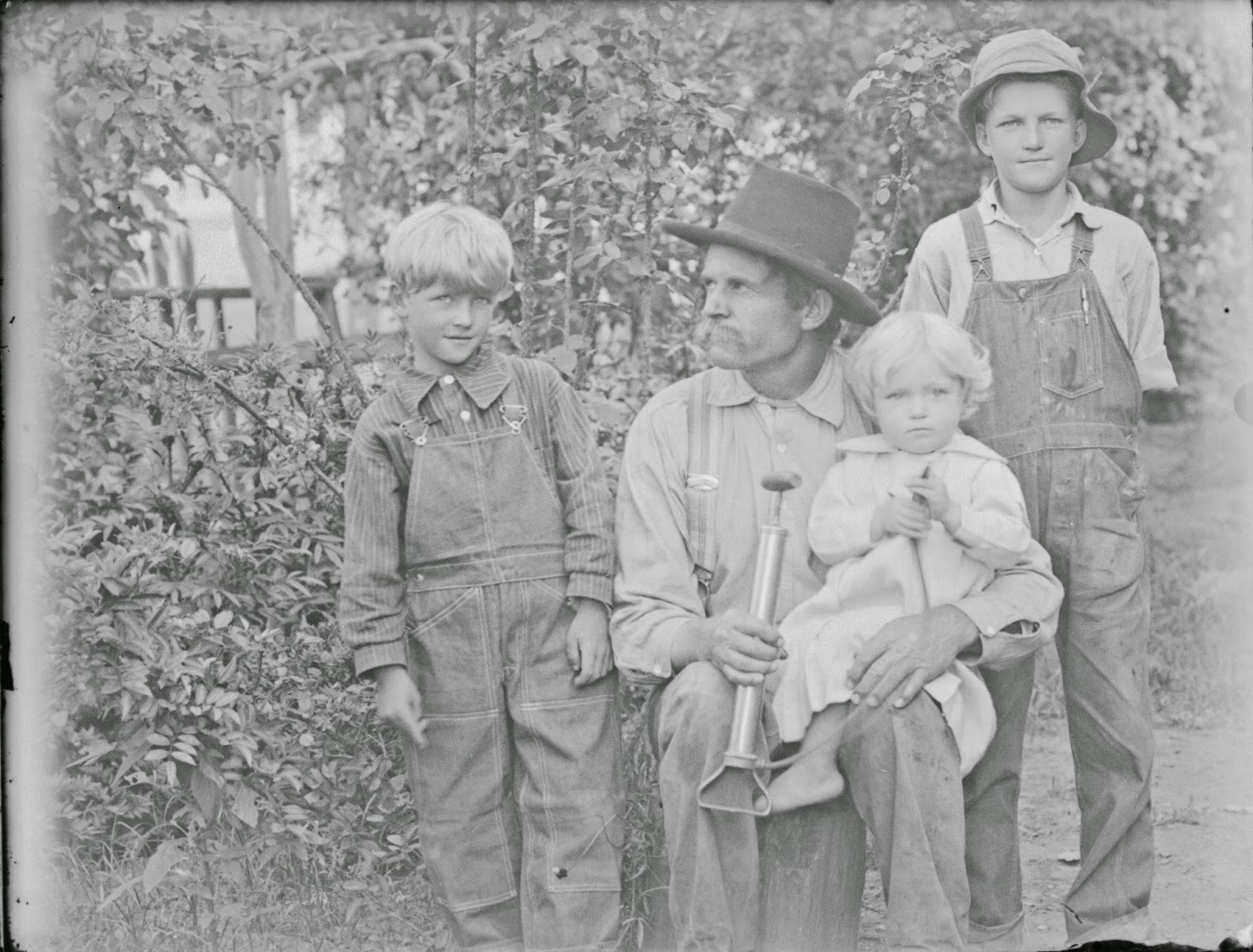 I could change the photo using the Adobe Lightroom program to bring out the detail and increase the contrast. Here is what my "improved" photo might look like. Do not ever experiment on the original photograph. In this case I am using a virtual copy of the original. 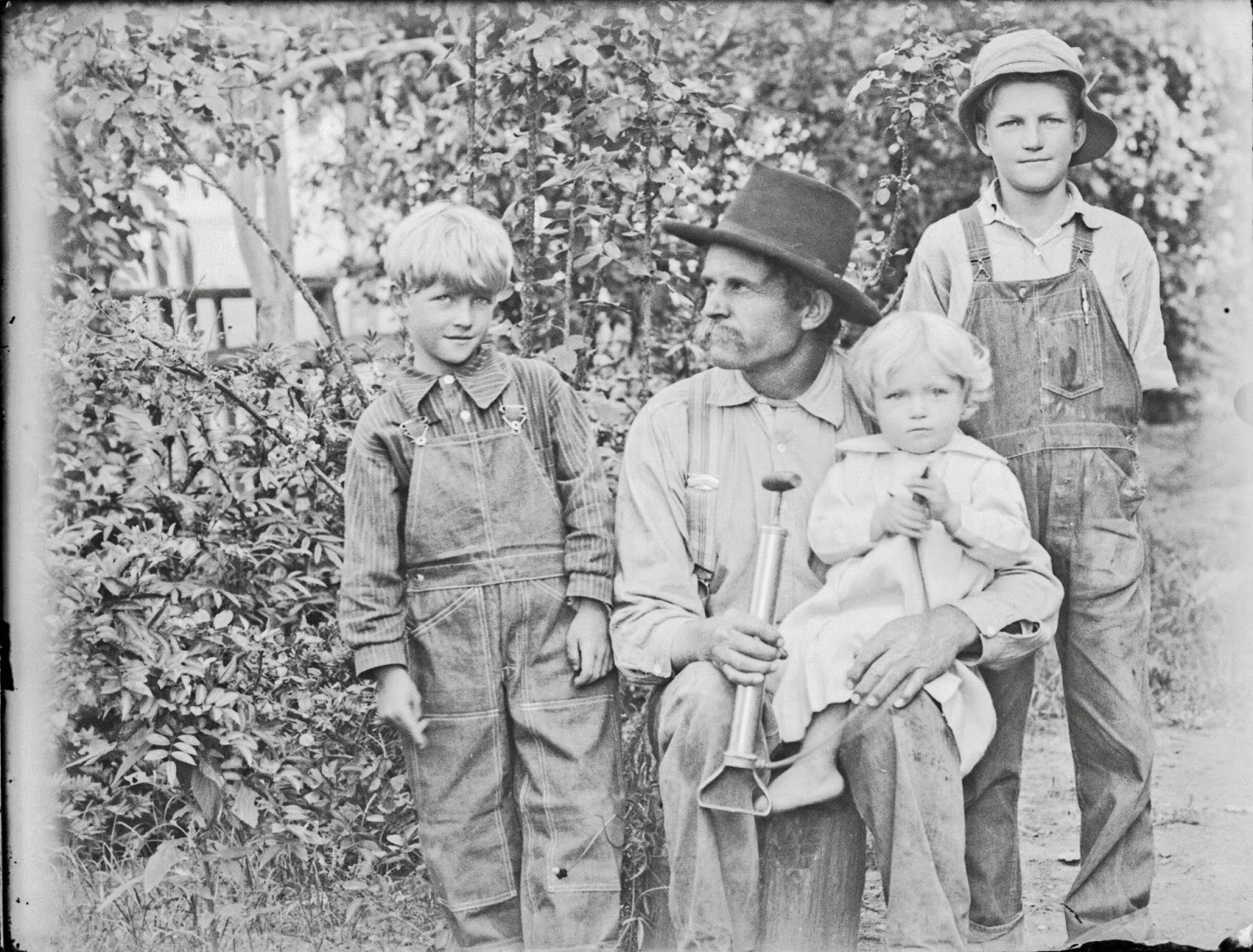 I am almost certain that if I took a vote, the improved image would get higher marks than the original. At this point, you could argue that I have done nothing that changes the historicity of the image. In fact, a further claim could be made that had the original photographer had the tools I have, she would have made all these changes to the original.

How about the following changes. Here I took the improved image above and added some of the available special effects from Google Picasa, a free photo program. 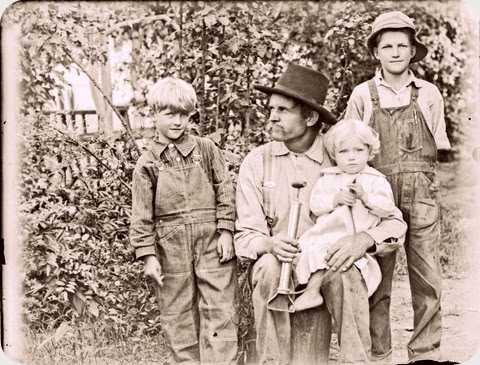 This raises the question. Where do I stop making changes. At what point have I left the realm of acceptable changes and crossed over into interpretation of the original. This discussion always seems to end with someone telling me about their old photo that had a huge tear or crease across the ancestor's face and how they or some one else took the defect out of the photo and made it look really nice. If I am able to take a faded image and make it visible, is this unacceptable?

I will carry on and write about these issues in the next installments.

For the first installment see: