Back It Up, Archive It, Preserve It or Lose It 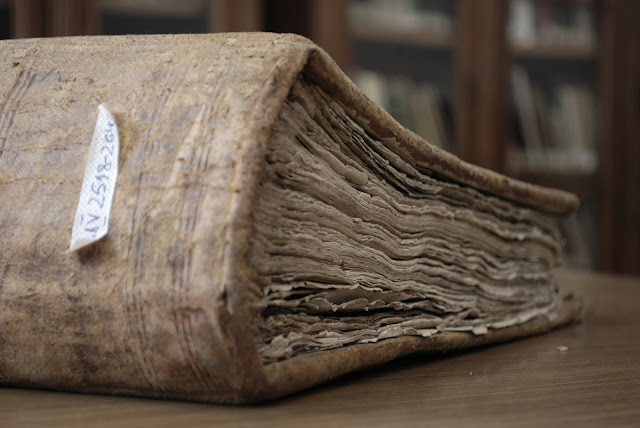 I received a comment from a friend in Australia that reminded me of the evanescence of records. He sent me a copy of an online article entitled, "Lost Memory - Libraries and Archives Destroyed in the Twentieth Century." Here is a citation to the original article.

I finally did find a copy of the article on Scribd.com in the form of an OCR version of the UNESCO document. See https://www.scribd.com/document/79974574/Memory-of-the-World-Lost-Memory-libraries-and-Archives-Destroyed-in-the-Twentieth-Century. This appears to be the only online copy left.

This example points up some of the same issues raised in the article which lists the libraries destroyed, mostly by wars, in the last century.

Today there was a news headline about a swarm of over 3 dozen tornados that killed several people in the southern part of the United States. We do not have to live in a war zone to lose our own personal and vital historical records. The bright side of my example above is that the document is not "lost." I was able to find a copy online.

Backing up your data is a fairly complex issue especially if you are an involved genealogist. I did a video on this subject some time ago, but I haven't written about it recently.


Can You Afford to Lose all your Genealogy? Backing it Up - James Tanner
The preservation of our genealogically important documents and records goes well beyond the issue of backing up our digital files. But digitizing our paper records is an important step. How many of us still have piles of photos or other records that are waiting to be digitized? How much longer are we going to wait until we make the effort to arrange for our records to be preserved? Even physical libraries are not permanent, but spreading a document across the internet in digital format is one way to increase the probability that a copy will be preserved. Watch the video above for details on the digital side of this subject.