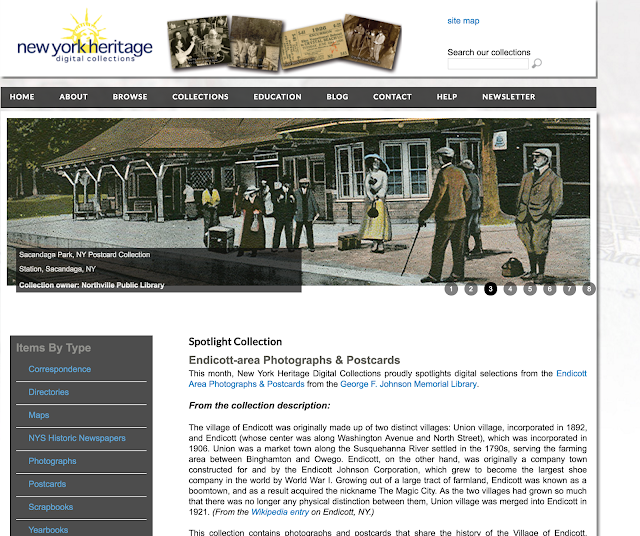 Quoting from the website for the New York Heritage Digital Collections:


New York Heritage is a project of the Empire State Library Network.

New York Heritage is a research portal for students, educators, historians, genealogists, and anyone else who is interested in learning more about the people, places and institutions of New York State. The site provides free access to more than 170 distinct digital collections, totalling hundreds of thousands of items.

As usual, this and many other such websites, are haunted by the overly broad and archaic issues of the United States Copyright Laws, but the content of websites such as these is always helpful to diligent genealogical researchers.

For example, many genealogists recognize the importance of the Sanborn Insurance maps that began publication back in the 1860s. However, copies of the maps are scattered across the internet in dozens of websites. The New York Heritage Digital Collections website has copies of the maps for Plattsburgh plus set of yearbooks for the Plattsburgh State Teachers College beginning in 1914.

But I must add that the quote above attributed to Yeats is actually found in Eden Phillpotts' A Shadow Passes (1918). Eden Phillpotts (1862-1960) was once quite popular as a novelist, poet, and playwright, who often set works in his native Devon. The verbatim quote is 'The universe is full of magical things, patiently waiting for our wits to sharpen."

Don't believe everything you read. Verify everything.
Posted by James Tanner at 8:29 AM