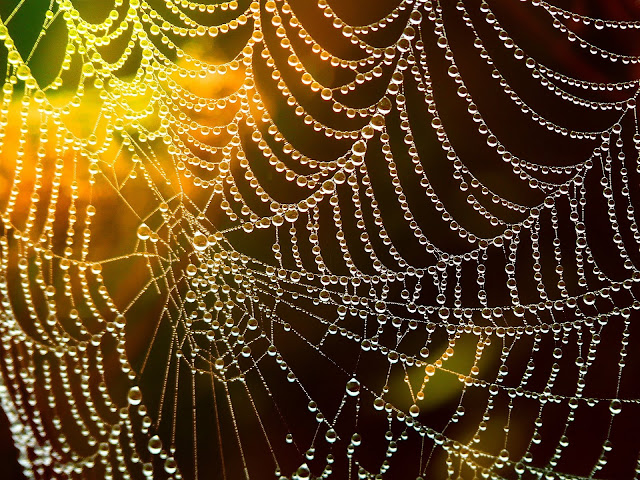 I read an interesting quote from Vincent Cerf, one of the inventors of the internet. He is quoted in and interview in the AARP.org Bulletin for December 2016, Vol.  57, No. 10 as follows:


Do you ever encounter a bias about older people using the Internet and new technologies?

There are some people who imagine that older adults don't know how to use the internet. My immediate reaction is, "I've got news for you, we invented it." On the whole, our older Americans are quite capable of using these kinds of technologies.

One of my sons sent me a link to a study cited by the Nielson Norman Group dated November 13, 2016 and entitled, "The Distribution of Users' Computer Skills: Worse  Than You Think." Here is a description of the study,


A recent international research study allows us to quantify the difference between the broad population and the tech elite. The data was collected from 2011–2015 in 33 countries and was published in 2016 by the OECD (the Organisation for Economic Co-operation and Development, a club of industrialized countries). In total, 215,942 people were tested, with at least 5,000 participants in most countries. The large scale of this study explains why it took a few years to publish the findings.

The research aimed to test the skills of people aged 16–65, which is the age range referred to as “adults” in the report. While it’s true that people aged 66+ are rare in the workforce (and thus of less interest to this workforce-targeted project), they are a major user group for many websites. Our research with users older than 65 has found many important usability issues for this age segment, who often has lower technology skills than younger users. Thus, in assessing the OECD findings, we should remember that the full user pool has lower skills than what the study data shows.

There is an undercurrent of issues involving the use of computers by older adults, particularly in the genealogy community. I suggest you read the report cited above for the full impact of the report. But the summary of the report shows that 26% of the adults tested were unable to use a computer. Now, this report is talking about people under the age of 65.

The article is particularly interesting in light of the large online genealogy programs whose target audience is really a lot of older people as reflected in the opening statements which are directed at those who design computer programs.


One of usability’s most hard-earned lessons is that you are not the user. This is why it’s a disaster to guess at the users’ needs. Since designers are so different from the majority of the target audience, it’s not just irrelevant what you like or what you think is easy to use — it’s often misleading to rely on such personal preferences.

For sure, anybody who works on a design project will have a more accurate and detailed mental model of the user interface than an outsider. If you target a broad consumer audience, you will also have a higher IQ than your average user, higher literacy levels, and, most likely, you’ll be younger and experience less age-driven degradation of your abilities than many of your users.

There is one more difference between you and the average user that’s even more damaging to your ability to predict what will be a good user interface: skills in using computers, the Internet, and technology in general. Anybody who’s on a web-design team or other user experience project is a veritable supergeek compared with the average population. This not just true for the developers. Even the less-technical team members are only “less-technical” in comparison with the engineers. They still have much stronger technical skills than most normal people.

For the last thirty years or so, I have been involved in one way or another with designing websites and programs and I have become painfully aware of the gap between the developers and the users. One statement from the article is directed at these developers and designers. The statement is directed at the set of skills that were given to all the tested subjects of the study.


What’s important is to remember that 95% of the population in the United States (93% in Northern Europe; 92% in rich Asia) cannot do these things. (Emphasis in the original).

Now, what about those people who are older than 65? Another article from Nielsen Norman Group is entitled, "Seniors as Web Users." But before I get to the article, I would note that the entire population down to 16-year-olds is basically incompetent with computers. Even if older adults show a lack of computer skills, assuming that the "younger population" has these skills is an inaccurate and unsupported assumption. The younger users are not going to save us from our technological incompetency. The summary of the article about Seniors is as follows:


Summary: Users aged 65 and older are 43% slower at using websites than users aged 21–55. This is an improvement over previous studies, but designs must change to better accommodate aging users.

The article points out that in the United States there was a growth rate of 16% per year increase in the number of computer and internet users over the age of 65.  One conclusion of this particular study is interesting and that is that seniors (over age 65) have gotten more skilled at using the web although there was no progress over time in the mainstream audience's web skills.

Genealogy companies as a whole need to be more aware of the limitations of the older adults because they make up the vast majority of their users. On the other hand continued assumptions that younger users are better at basic computer skills are unfounded and inaccurate.

What is even more interesting about genealogy is that the subject itself incorporates a whole set of additional research and evaluation skills that are also almost entirely missing from the general population. The inaccuracies and unsubstantiated content of the vast majority of the online family trees are more a reflection of this double lack of skills than from any other reason.

Obviously, this is one of my favorite topics primarily because I constantly hear so many references to how genealogy will be saved by the youth. I think this statement from the article on senior web use is appropriate:


The younger users in our control group were twice as likely as older users to try more and different methods—such as site search, contextual help, or online chat—to find the answers to their questions or to complete tasks.

Conversely, seniors were almost twice as likely to give up on a task. Among all users who quit a task without completing it, seniors gave up 30 seconds before the younger users did.

When users had problems, seniors blamed themselves 90% of the time, compared to 58% of younger users. As I see it, almost 100% of the blame should fall on the websites and their designers, because most problems could have been avoided if they’d paid better attention to the usability guidelines for designing for seniors.

Perhaps because of their reduced confidence, seniors were much more likely to turn to web-wide search engines like Google or Bing. These sites are familiar and welcoming ground, and seniors used search engines 51% more than the younger users to complete tasks.

Comments being made about the superiority of younger computer users are not only inaccurate, they are highly discouraging to older adults.

Those who design and try to sell genealogy programs should be aware of these issues. Those who try to promote genealogy as a populist pursuit should also bear in mind that there are certain very complex and difficult to master skills that are required for anyone to do adequate research. That is not to say that people cannot acquire those skills but as the first study shows, less than 5% of the population of 33 developed countries have even the computer part of those skills now.
Posted by James Tanner at 9:26 AM