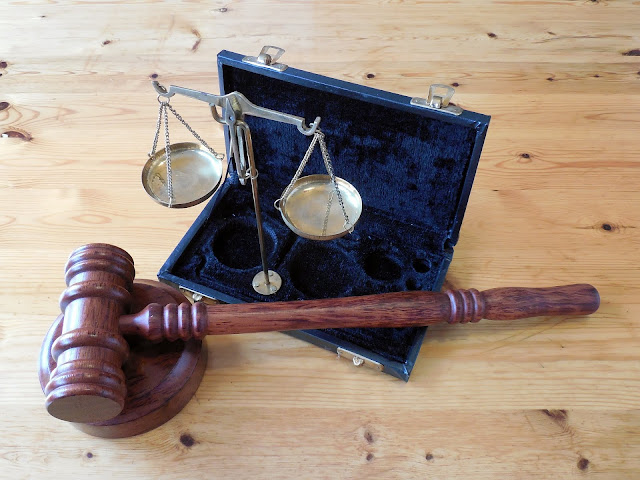 The Tax Court case of Calloway Family Association v. Commissioner, 71 T.C. 340 (1978) challenged a ruling by the Commissioner of Internal Revenue denying the Association tax exempt status under Section 501(a) as an organization described in Section 501(c)(3) of the Internal Revenue Code of 1954 in effect during the tax years at issue. The facts of the case were reviewed in the decision entered by the Judge of the United States Tax Court as follows:


Petitioner the Callaway Family Association, Inc., was incorporated on September 3, 1975, as a nonprofit corporation under the District of Columbia Non-Profit Corporation Act. It filed a Form 1023, Application for Recognition of Exemption, under section 501(c)(3) on December 28, 1976. The application was filed with the Field Office of the Internal Revenue Service in Washington, D.C., and was forwarded to the Office of the District Director of the Internal Revenue Service in Baltimore, Md. Respondent issued a final notice of determination dated October 20, 1977, affirming a prior adverse determination of June 8, 1977, which denied petitioner exemption under section 501(c)(3). Respondent determined that petitioner's genealogical activities are not in furtherance of an exempt purpose specified in section 501(c)(3) and that they serve the private interests of the Callaway family members.

The Petitioner's Articles of Incorporation outlined the educational objectives of the corporation as follows:


A. To study British immigration to the North American colonies in the early colonial period and to further knowledge and understanding of the contribution made by the descendants of those early colonists to the subsequent growth and development of the continental United States by tracing the migratory patterns of succeeding generations and by researching the social and economic milieu in which they lived. In abstracting and collecting historical data in furtherance of this objective, to concentrate research on the public and family records of the Callaway (as variously spelled) and related families, as being typical of the times and places in which they lived;

B. To issue publications featuring abstracts of the raw historical and genealogical data collected and generalized articles based thereon and, ultimately, a synthesis of all collected data in the form of a history of social and economic development in pertinent parts of the United States, as typified by the growth and dispersal of the Callaway and related families; and

C. To provide instruction and education in the methodology of historical, biographical, and genealogical research, encouraging the compilation and preservation of accurate and complete records, and to promote scholarly writing.

The Tax Court Judge cited additional purposes of the Association as follows:


These purposes are to be accomplished by activities including the annual publication of The Callaway Journal; annual "meetings" with lectures; workshops in genealogyresearch; and the ultimate publication of the history of the Callaway family. This history, petitioner states, will be "an effort to chronicle the process of the peopling of America as seen through the eyes of one family." (Some citations omitted).

The basic issue of the case was whether or not the activities of the Association were broad enough to qualify as general educational objectives that would benefit the larger public interests or were so limited that they only benefitted the named group i.e. the Calloway family.

The Tax Court Judge identified the issues of the case as being whether or not the petitioner was operated exclusively for educational purposes within the meaning of section 501(c)(3). He states that the Petitioner contends that its purposes are educational and benefit the general public. He further noted that Petitioner maintains that its genealogical research and associated activities are a means to the end of providing insights [in]to our country's history by use of a methodology which focuses on one family's development.

The Respondent Commissioner of Internal Revenue, on the other hand,

...contends that the petitioner's purposes primarily serve the private interests of its members, the Callaway family, no matter how diverse and widespread that family might be. Respondent maintains that the administrative record supports a finding that petitioner aimed its organizational drive at Callaway family members, and appealed to them on the basis of their private interests. In its ruling letter dated October 20, 1977, respondent concluded that petitioner did not qualify for exempt status because:

More than an insubstantial part of [petitioner's] activities consists of the compilation and publication of a genealogical history of the Callaway family, and this activity is not in furtherance of an exempt purpose specified in section 501(c)(3) of the Internal Revenue Code. Also [petitioner's], organization is serving the private interests of members of the Callaway family, rather than serving a public interest.

If you were considering the formation of a family association or other organization, how would you change the description of the of the corporation's Articles of Incorporation to comply with the United States Tax Laws? From my perspective, it appears that either the corporation tried to obtain tax-exempt status without the benefit of consulting legal counsel or the advice they received was faulty. There is a specific provision, as noted by the Tax Court Judge, that Section 501(c)(3) holds as follows:

The Tax Court Judge noted that:


Finally, petitioner relies heavily on Rev. Rul. 71-580, 1971-2 C.B. 235, in which respondent granted tax-exempt status to a family association that compiled a family's genealogy for religious purposes. Petitioner insists that respondent must follow his own revenue ruling. However, we need not pass on this argument for we find that Rev. Rul. 71-580 is distinguishable.

What the Tax Court Judge means here is that he does not think that the earlier ruling can be used as an argument in this particular case. The Tax Court Judge expands on his explanation of the prior case as follows:


Rev. Rul. 71-580 involved the narrow issue whether a family association furnishing "genealogical information the [Mormon] Church needs in order to conduct certain religious ordinances in accordance with basic religious doctrines" is an exempt religious organization under section 501(c)(3). The Mormon Church follows a practice of setting up family groups to study the genealogy of each member family back to Adam and Eve. This is part of a broader goal of the church to record the names of all deceased persons and to perform baptism upon them, since Mormon theology holds that salvation for the dead can be effected by the living. The names of all known ancestors collected by each family group are stored in a central location. These records, they believe, will be the basis for judgment on the last day, since deceased ancestors of members may be accepted into the church through their living family members.

It is evident that family genealogical associations play an integral role in Mormon religious practices. Accordingly, Rev. Rul. 71-580 analogized the exempt status allowed for this practice of the Mormon Church to cases which have upheld trusts for other religious practices, such as Catholic masses for the dead and Hebrew memorial services for the repose of souls. The law of charity has traditionally recognized trusts for these and similar religious purposes as charitable on the theory that the religious purpose of the trust is of spiritual benefit to all the members of that faith and to the general public as well. We believe that this is a sufficient basis for distinguishing petitioner's case from the narrow circumstances encompassed in Rev. Rul. 71-580.

The court indicates that the general educational purpose of the Petitioner Association does not fall within the specific exemption given to a religious purpose. I would note that the ruling cited relies on some inaccurate factual details. The Church of Jesus Christ of Latter-day Saints [Mormon Church] does not follow the practice of  "setting up  to study the genealogy of each member family back to Adam and Eve." The purpose of family organizations in the church is much broader than this simplistic explanation and members are certainly not encouraged to try to pursue their family trees back to Adam. In addition, there is an implication that deceased family members are "accepted into the church through their living family members." This is also a misstatement. In this regard, I suggest that anyone interested in this doctrine read the following article on LDS.org: "Baptisms for the Dead" where it states,

When I read a case like this, I am reminded of my experience with news reporting. When I personally know the facts of a particular news story, I am nearly always amazed at the inaccuracies reported.

In the end, the Tax Court Judge denied the appeal made by the Petitioner Association. Given the condition of the Association's Articles of Incorporation, the decision was a foregone conclusion due to the advantages accruing to individuals and not the general public.
Posted by James Tanner at 7:31 AM