Genealogy is not just complicated, it is complex 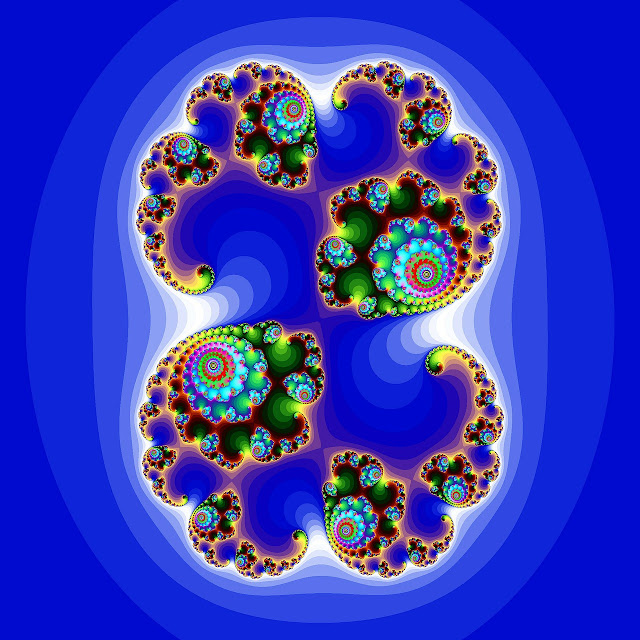 When the early European explorers began their voyages of discovery in the 1400s, they had no idea about the ultimate results of their precarious adventures. From a global perspective, they weren't really discovering anything at all. Nearly all the places they "discovered" were already inhabited and had been for thousands of years. What was really happening was globalization. Those people living on the American continents were just as ignorant of the existence of the Europeans as the Europeans were of those in America.

The physical contact established by the so-called explorers created a worldwide system of communication between the previously isolated populations of the world. In some places, such as in the Amazon jungles, this expansion of communication and contact is still going on today. But just as the end effect of this "Age of Discovery" could not be imagined or even visualized by the early participants, we cannot comprehend or visualize the effects of the communication changes that are rapidly occurring today.

The Age of Discovery has lasted over five hundred years and there are still places in the world that are almost completely unknown and seldom mentioned or visited. Now, we are well into a completely different type of globalization. This expansion of communication is often referred to, incorrectly, as the dawn of the Information Age. It is really the beginning of the Network Age. There are differing estimates, but almost certainly, within the next few years, we will see nearly the entire population of the world connected to one vast network.

As genealogists, we are being swept up in this globalization, ready or not, willing or not. Part of this process of globalization includes the digitization of practically all aspects of our lives. We constantly hear about millions of new records being digitized almost every day. But this is only one aspect of the entire process. A digitized record is no more accessible than a paper record until it becomes available online through the network.

If you were a tenant farmer or serf living in a European country during the entire "Age of Discovery," your life or the lives of your descendants would hardly have changed during those hundreds of years of discovery from the 15th Century until the 19th Century except for those who immigrated to another country such as to America. In contrast, presently, even the most remote villages of the world are being impacted directly and profoundly by the expansion of the digital network.

Statistics about the globalization of the network exceed our ability to comprehend the numbers. Estimates are that there will be at least 4.77 billion mobile phone users by the end of next year; 2017.
See "Number of mobile phone users worldwide from 2013 to 2019 (in billions)." That number is about 64% of the world population. But the impact of those numbers is much greater because even one mobile phone in a family will engender a substantial change in the lives of that family.

I am constantly reminded of the impact of these changes as I interact with genealogists around the world. So why am I writing again about this topic? Genealogists comprise an interesting subset of humanity. Over the years that I have been intensely involved in the genealogical community, the demographics of the participants have hardly changed. The person most likely to be interested in doing genealogical research has for some time been a 50+-year-old female with a college degree. Of course, there are exceptions and every time this topic comes up, I get comments about the exceptions.

Network globalization is starting to have some dramatic effects on genealogical research and methodology. But just as the serfs in Europe were little changed until relatively recently, likewise those genealogists who continue to try to rely on traditional paper-based research are being caught in a technological backwater. These traditional genealogists keep focusing on paper forms such as Research Logs and Family Group Records. I was listening to a class recently where the instructor told the participants to put all of their ancestor's surnames in capital letters so they could identify the surname. This was a common paper practice for years but has been entirely obviated by computerized forms that clearly separate the surname from the given names. The suggestion at this point in time is an archaic artifact.

But we are not just faced with a change in methodology that mandates a few adjustments to the way we record our information. We are really faced with a monumental change in the way information is obtained, manipulated, evaluated and recorded. Genealogy has always been a complicated pursuit. But now it has been globalized and networked into something that has become unimaginably complex. This complexity has driven many of the "traditional" genealogists into a protective shell of focusing on trivial formalism in an attempt to block out the reality of networked globalization.

As I sit in front of my computer using a Google Fiber connection to the internet, I can visualize an immense network of connections that spread out over the entire world. If I want to find out something our research a topic, in seconds I can find more information than was even possible to imagine just a few years ago. For the past few months, we have been working with a patron at the BYU Family History Library who was looking for an immigrant ancestor born in "Germany" in the mid-1800s. This patron, unlike many others, refused to be defeated in her research. She continued to come to the Library for help, week after week. During her first visit, we told her exactly what she needed to do to find her immigrant ancestor. It took her weeks of returning to the Library before she internalized what we had said during her first visit and finally after we repeated the instructions, she realized how the network worked and she was able to find her ancestor. She did this by ultimately identifying where he was born and then locating a researcher in Germany who could help her with research in the original records.

The point here is that the challenge of finding the origin of an immigrant ancestor involved using the complex resources of a vast global network of connections. Historically, she might have accomplished the same thing through letter writing and over a long period of time, but email and the online resources that were available facilitated the solution of the problem. On the other hand, it did take her weeks of study and thinking about the problem to even begin to conceptualize the solution. By the way, she was a 50+-year-old female with a college degree.