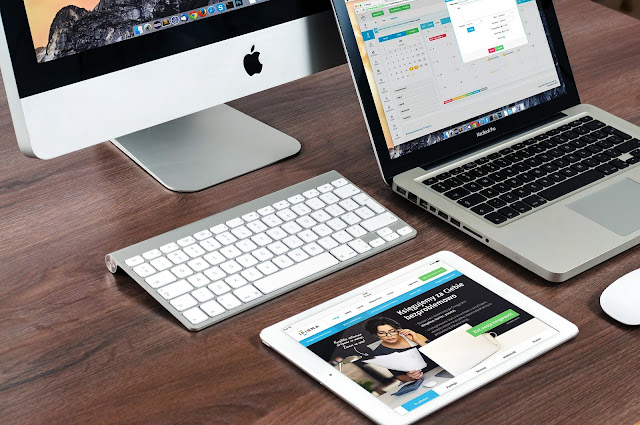 We have been upgrading our computers during the past year and we have been confronted with a bewildering number of models and options. In each purchase, we ended up with semi-customized models rather than just buying whatever was available in a local store. Of course, the price was a major consideration, but there are other considerations also. There is a cycle in the world of computers driven by basic technological developments. As I have written before, computers are more like a consumable than a durable item. Over time, they change so rapidly that there is a buying cycle.

Genealogists as a group, simply because of the demographics of the adherents, are more cautious and conservative buyers than the general population. This is especially true of technology. How can I make such a general statement and be accurate? Part of the reason is that I constantly talk to and associate with hundreds of people who are interested in genealogy. People who are technologically and keyboard challenged seldom have and use cutting edge technology. What I see when I go into people's homes to help them with their research is often a small, very uncomfortable computer desk with an old PC and monitor. There is seldom enough working area to do much more with the computer than stare at the screen. The ergonomics of working for a long period of time are usually ignored altogether. All this indicates to me that these people are not doing much work on their computer.

From time to time, I do find someone who has an adequate working space, but this is very unusual. Even with dedicated office space, the chair used and the desk used seldom match. So, I would suggest that if you are serious about doing a lot of genealogy on your computers, you spend some money or time or both on setting up an adequately comfortable area to work. If clutter and papers etc. are a major concern, then choose and area of the house that is relatively isolated from the normal traffic flow. Personally, I have an added issue because my cameras also have to be within arm's length at all times. We also have to have printers and scanners attached to our computers. We also need headphones, USB extenders, power cords and changing devices.

This post is intended to be part of a series but I will probably not handle it as a series because it will be on a lot of completely disparate topics. By the way, if you are a bit challenged by the terms used in this post, I would recommend looking for a basic book on computers at your local library or, if you are reasonably familiar with getting online, there are dozens of basic tutorials online including The Family History Guide.

If you simply open your mouth and mention you might need help purchasing a computer or a new computer, you will find any number of people who are more than willing to tell you exactly what you need. In fact, all you really have to do is walk into the closest Walmart or Best Buy and they will have any number of computer systems to choose from. If your main interest is genealogy then almost any computer currently being sold today will suffice. I often tell people who ask which computer to buy to simply walk into the nearest Sam's Club or Costco and buy the one on sale. Of course, you can order a computer online from Amazon.com or one of the manufacturers directly. Amazon will have thousands of computers to choose from.

The term "desktop computer" has evolved over the years. The term is usually applied to a computer system that has a box containing the main computer components, a monitor, a keyboard and some type of input device, most commonly a mouse or a trackpad. Early on in the computer industry, the monitor or screen was bundled in with the computer components. You can visualize the original Macintosh computers. The current iteration of this combined system is exemplified by the Apple iMac where the entire computer is included in the monitor. However, you can still purchase a more traditional configuration and even buy all of the components separately. Here is a stylized idea of the most common type of desktop computer. 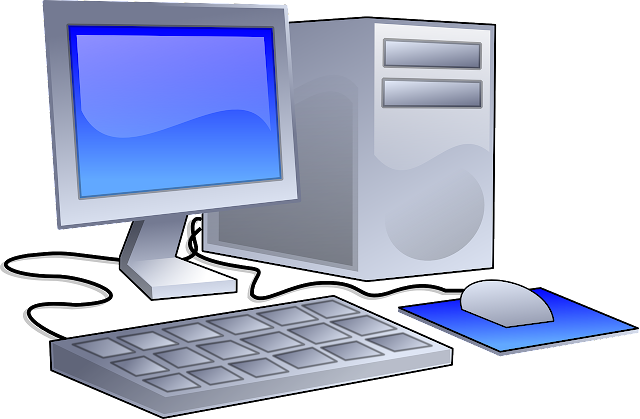 The box is usually mounted underneath the computer table or off to the side. Here is the current Apple iMac for comparison. 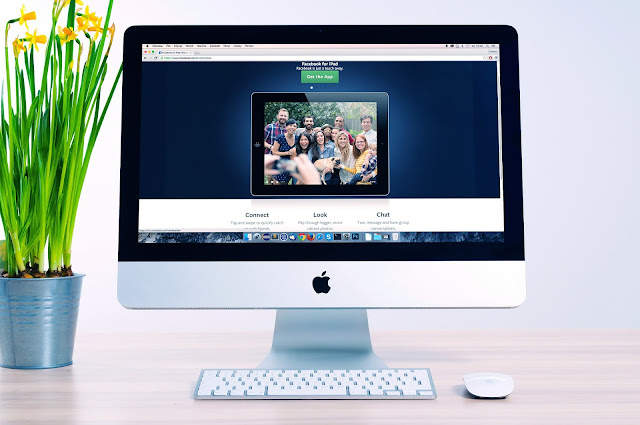 Some of the other manufacturers have also designed models that have all the components in the monitor.

Desktop computers vary almost exponentially in price. Today in 2016, you can buy a complete, new, computer system that includes monitor and keyboard for much less than $500. There is no real limit at the high end. A fully configured Apple Mac Pro with two monitors could cost well over $12,000.

What is the difference? Speed, memory and included storage capacity. If you find a computer system for a very low price, it is most likely configured with limited memory, slower and older processors and a smaller screen or monitor.

A laptop computer is designed to be self-contained with the monitor, keyboard, tracking device and computer components all in one package. 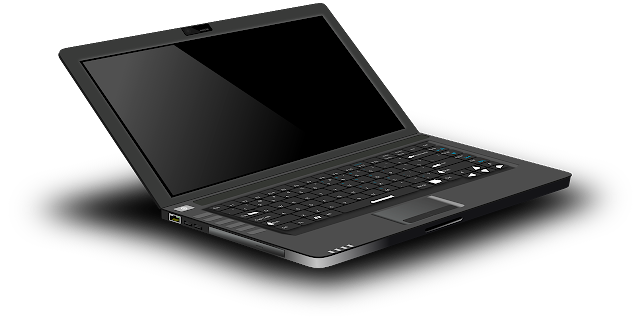 The price of a laptop varies the same way as desktop computers with one important difference. Laptops are sold primarily on size and weight. Thin and light are the buzz words of the laptop world. The current 2016 prices for a laptop are comparable to desktop computers. You can buy a new laptop computer for well under $500. There is a category of laptop-looking computers out there today called Chromebooks. These are designed to work with Google's operating system and are really inexpensive. The Chromebooks are designed to be used almost exclusively while connected to the internet and with almost all programs or applications and storage in the "cloud" or online. If you have an almost constant connection to the internet, they may work for you. Of course, as a genealogist, using a cloud-based Chromebook precludes you from storing your own documents and using your own local computer program. See "Should I Buy a Chromebook? Buying Guide and Advice."

The main reason for buying a laptop is portability. Many people now "dock" their laptop computer at home

Currently, there is a type of computer being developed that crosses the boundary between a laptop and a tablet. The computers are exemplified by the Microsoft Surface and the Apple iPad Pro. They come with a keyboard and, in some cases, may be a substitute for a new laptop. I have an iPad Pro with a keyboard that I have been using for presentations and it has been very useful. It is not quite a completely functional as a laptop, but I have found workarounds for almost everything. The Microsoft Surface is a fully functional computer and may be a good alternative depending on your needs.

There is a lot of genealogical functions you can do with a tablet or iPad but the lack of a keyboard is one major obstacle to complete dependence. I will be discussing these devices more in future posts.