What is in a name? In the Matter of Robert P. Jama 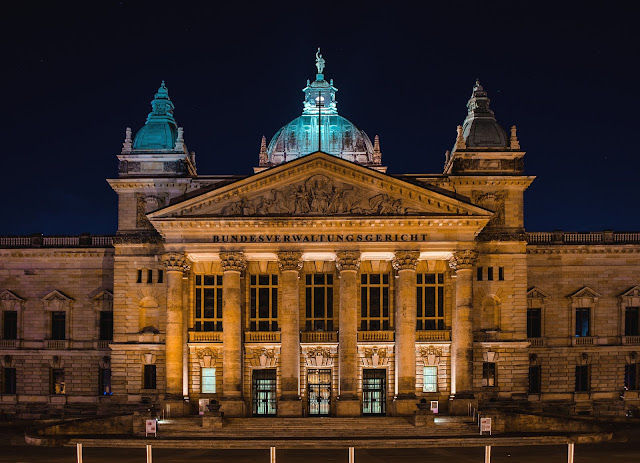 As genealogists, we may sometimes have fantasies about exchanging our ancestry for something a little less complicated or challenging. But there are a few people in the world that actually try to do something about their ancestry. The case of Matter of Jama, 51 Misc. 2d 9 - NY: City Court, Civil Court 1966 is on point.

Petitions to the courts for "change of name" are fairly common. Many women routinely restore their maiden names after a divorce proceeding. It is also common for children who are adopted from foster care later in their lives to request a name change. In addition, when a woman with children remarries after a difficult divorce, it is not uncommon for the children of the first marriage to petition the courts for a change of name to the reflect the step father's surname.

In the case cited above, the change of name came about through a different set of circumstances. Here is what the Court had to say about the fact situation:


This is an application for judicial approbation for a change of name pursuant to section 60 et seq. of the Civil Rights Law. The petitioner, Robert Paul Jama, seeks to call himself Robert von Jama and alleges that somewhere, sometime, in the past his deceased father told him that the family name was originally von Jama but that the von part had been dropped and the name Jama alone was used.

The petitioner, an American-born citizen employed by the City of New York, is 23 years of age and asserts in his petition that he wants a German genealogy and to be accepted as such "rather than as a person of Slavic genealogy"; further, that all his friends and acquaintances are of Germanic stock, and because the name Jama does not reflect his Germanic origin, so he says, he seeks to germanize his patronymic.

Uncharacteristically,  the Court went on to make some observations about both the history of the Slavs and the Germans.


It is unnecessary to reflect upon the Slavs, for historically they are an heroic, industrious and friendly people and have contributed a great deal to the growth of this country. Likewise, until recently the Germanic race had the same qualities. The moral guilt of the Germanic peoples in adopting the philosophies of a monstrosity and his cohorts has not yet been fully eradicated or been forgotten. Millions of slaughtered human beings of all races, creeds, ethnic and religious groups are a sacred monument to this black period in world history. It may not be amiss here to refer to the review in the New York Times book review section of June 12, 1966, wherein a commentary was made on the "Memoirs of Adenauer" by C. L. Sulzberger "Bismarck, who was in many ways a genius, brought out in the confused Teutonic nature everything that was inherently bad. Adenauer, who is certainly not a genius, brought out what was inherently good. When the Germans were rightly regarded as abominable butchers and were sulking amid the wreckage of their savagery and the evil of their terrible complexes, Adenauer gave them back self-respect. Such was no mean achievement."

A legal change of name has a significant impact on genealogical research. I have a Great-great-grandfather who changed his name when he came to the United States from England in the late 1800s. Family tradition says that he formally changed his surname in the Apache County Court in Arizona, but I have never been able to find a related court document. In any event, such a name change may become a significant impediment to genealogical research is the change of name occurs in an unexpected place or is used to avoid detection by creditors or others. The courts routinely require "change of name" applicants to swear that they are not trying to avoid paying debts or other attempting to defraud anyone.

In this particular case, the Court noted that the name change here would imply a descent from nobility.


"Von" as defined in Webster's New World Dictionary is a prefix occurring in many German and Austrian names, especially of the nobility. The court cannot think of a greater nobility than being an American. This concept was uppermost in the minds of our founding fathers.

Clause 8 of section 9 of article I of the United States Constitution prohibits the grant of any title of nobility by the United States. This is the law of the land and declaratory of our public policy. This court cannot lend itself to any approval of any such application as that at bar. It would be presumptuous if not unlawful for this court to take a position or do an act contrary to the spirit and intent, if not the letter, of our Federal Constitution. The court is not persuaded that no ulterior motion is lurking in the background for the petitioner to disavow his parental heritage and attempt to becloud his Americanism. Reflection should indicate to the applicant that his reasons for a change are puerile, if not pathetic.

As genealogists, we may want to recognize that either legal or casual name changes can seriously affect our ability to trace back a family line. Unfortunately, most of these court actions take place in "courts not of record" where the rulings of the court may only be reflected by an order filed with the clerk of the court. Such records are difficult to research and will not usually show up in a simple search. It may take some serious detective-type investigation to find an official name change.
Posted by James Tanner at 6:27 AM