Case Studies in American Migration: Part One, Moving Away From the Coast 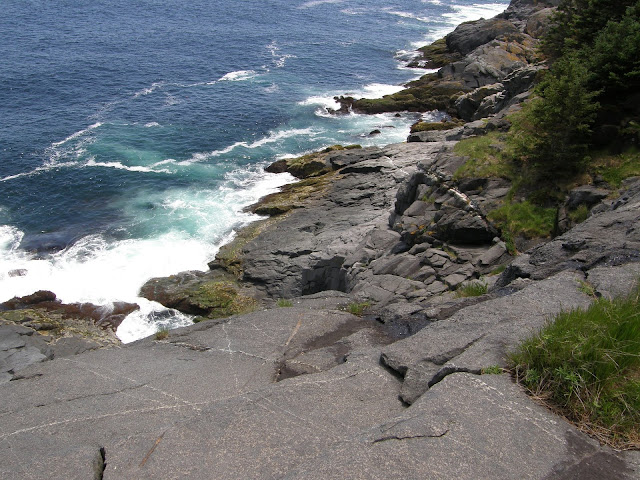 In this extensive series, I will be focusing on migration patterns in that part of North America that has become the United States of America. This will be a multipart series with each post featuring a particularly important migration route and its associated geographical, cultural, and historical context.

Minimally identifying our ancestors depends on knowing their names, dates associated with events in their lives, and the exact places where those events happened. We learn most directly about our ancestors by researching the records that were created at or near the time the events in their lives occurred. These records are sometimes referred to as primary sources. Any other records made after the event or made by someone who was not present at the time of the event, are usually considered less reliable and are referred to as secondary sources. For example, a birth record made by someone who witnessed the birth would be considered a primary source. A birthdate on a death record would be a secondary source. However, the reliability of the record can be entirely independent of whether or not the record is a primary or secondary source. The more you know about your ancestors, the more accurate you will become in evaluating the accuracy and consistency of records whether primary or secondary.

As we begin to accumulate ancestral information, we will inevitably discover that some of our ancestors seem to disappear from contemporary records. There are other records that may not mention your ancestors at all that can be valuable to reconstruct events in your ancestors' lives. These records help point you to where records about your family may be found. Knowing the cultural and historical context of your ancestors can help resolve end-of-line or "brick wall" problems that will inevitably arise in the course of doing genealogical research.

With a background in identifying and understanding migration patterns, a genealogical researcher has an important perspective that can provide suggestions about where to look for additional records. Ignoring history and culture is like trying to find a pin on the floor in a dark room.

Migration is a general term used to refer to movements of people from one geographic area to another. The term "immigration" has a political overtone and usually involves a change in national citizenship. It also refers to people moving from one country to another. For example, before the American Revolution and the establishment of the United States of America, British citizens moving from England to the British Colonies were not technically immigrants because they did leave British jurisdiction. But those people who came from the British Isles to America were part of a population migration. As I stated above, I intend to focus on migration within the United States.

Moving away from the coast

There were a number of European countries that established settlements in what is now the United States of America. Here is a list of the main countries, the name, date, and current name of the location of their earliest settlements.

By 1750, here is an illustration of the parts of the North American continent claimed by the European countries.

With the exception of the Spanish settlements in Mexico and the Southwest, the original colonial claims and settlements were all located on the coast or associated with major waterways. This population distribution is reflected in the fact that even today a high percentage of the U.S. population lives in counties directly on the shoreline. See "What percentage of the American population lives near the coast?" It wasn't until the mid-1700s that there began to be any movement away from either the coast or the major waterways into the interior such as the Chesapeake Bay. See Wikipedia: "List of North American settlements by year of foundation." See also, "Settlement of the Coastal Plain, 1650-1775."

Migration into the interior of the country did not get started until the 1700s. From the standpoint of genealogy, this is an important concept. As genealogists begin tracing their families across the country, if they arrived before the mid-1700s, they lived along the coastal regions. Some of the earliest settlers were Ulster Scots also referred to as Scotch-Irish. Other settlers included German-speaking people from the Palatinate region of Europe. The earliest movements were into the western parts of Pennsylvania, Virginia, and Maryland. See Wikipedia: Appalachia.

To get some idea of the time periods involved in the western movement of settlers here are some dates of the first settlers in some of the second tier states away from the coast.
In future posts, I will be discussing specific migration routes and the patterns that accompany them.