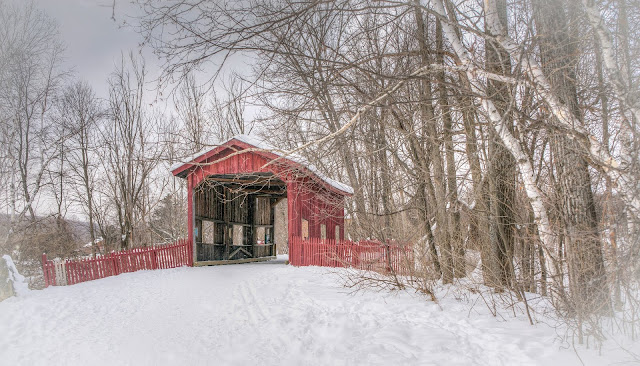 Vermont plays an interesting and important part in the migration patterns of the United States. The part of the country that is now the State of Vermont, started as part of the New Hampshire Grants between 1749 and 1764. If you are doing genealogical research in Colonial America and you find that it appears that your family moved from Connecticut or other places in New England and suddenly appear in Vermont, that movement could be the result of a land grant.

I have some ancestors who fall into this category. They appear to have lived in Connecticut and then suddenly moved north to Vermont. This seems to violate some of the fundamental rules of cluster research that people stayed in the same small area due to limited transportation, but can be explained by the promotion of land grants in the area of Vermont and New Hampshire.

The first land grants in Vermont began with the appointment of Benning Wentworth as the first governor of New Hampshire in 1741. The six-mile square land grants were purchased by speculators and then divided and resold to settlers. By 1749, New York began to assert its claims by selling its own land grants, some of which overlapped the grants from New Hampshire. Notwithstanding the controversy, Wentworth continued to extend the New Hampshire claims up the Connecticut River.

In the 1760s, the dispute between New York and New Hampshire resulted in armed conflict and the Green Mountain Boys militia led by Ethan Allen was organized in response to the dispute. Ultimately, by royal decree, the dispute was decided in favor of New York. The previous New Hampshire settlers' claims were invalidated and some of the settlers lost their land. Those living in the area of Vermont petitioned New York to confirm the New Hampshire Grants and the governor of New York issued an order confirming their ownership but stopping further sales.

In 1777, settlers claiming under the New Hampshire Province declared independence from Great Britain and established the Vermont Republic which was in existence until Vermont was admitted as a state in the United States in 1791.

This is only a brief summary of the claims and disputes over the land that ended up in Vermont. For a genealogist, the history of this area can be complicated and the dates of the land sales can become an important fact helping to identify ancestors and to explain seemingly random movements back and forth in the Colonies both before and after the Revolutionary War.

In 1816, the area of Vermont (and the rest of the United States at the time) suffered the "Year Without a Summer" that caused extensive crop failures due to the explosion of Mount Tambora in the East Indies. Many settlers lost their land in Vermont and moved south to other parts of the country to areas with less severe climates.

Here are some of the resources that will help with research in Vermont. You can find some of these in the Salt Lake Family History Library and listed online in the FamilySearch.org Catalog.


New Hampshire. Grants of Vermont Territory by the Government of New Hampshire. Salt Lake City, Utah: Digitized by the Genealogical Society of Utah, 2008.


New Hampshire, Governor and Council, Albert Stillman Batchellor, and Hiram Augustus Huse. The New Hampshire Grants: Being Transcripts of the Charters of Townships and Minor Grants of Lands Made by the Provincial Government of New Hampshire ... Also Historical and Bibliographical Notes Relative to the Towns in Vermont. Boston, Mass.: New England Historic Genealogical Society, 1998.


Vermont, Office of Secretary of State, Franklin H Dewart, Hiram Augustus Huse, Vermont, and Woodbridge (Vt.). Charters Granted by the State of Vermont: Being Transcripts of Early Charters of Townships and Smaller Tracts of Land Granted by the State of Vermont, with an Appendix Containing the Vermont Charter of Woodbridge, the New Hampshire Charter of St. George and Lieut. Andrew F. Phillips Grant and Mortgage Thereof. Also, Historical and Bibliographical Notes Relative to Vermont Towns, Originally Compiled in 1895 by Hiram H. Huse, State Librarian, Continued and Brought up to Date. Montpelier? Vt.: Editor of State Papers?, 1974. http://books.google.com/books?id=D1cjAQAAMAAJ.

Here is are links to the earlier case studies posts.