Land Speculation in America: Finding Out Why Your Ancestors Lived Where They Did 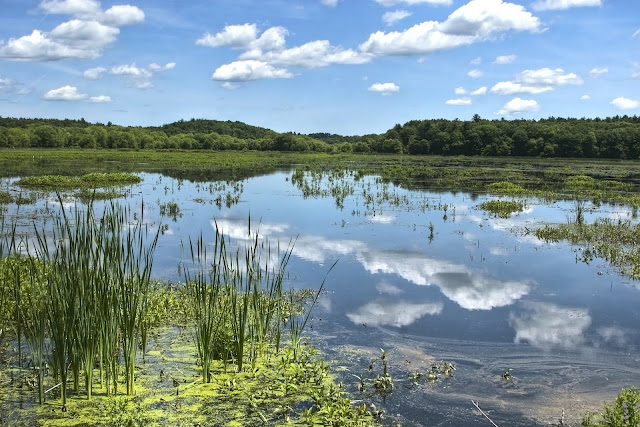 You may have a basic knowledge of the settlement of North America and history of the United States of America, but I would guess that your classes or history books made little mention of land speculation and promotion as a major part of that history. In actual fact, most of the settlement history of the country is based on land sales and development. Let's start with the establishment of the Roanoke Colony in 1585 and Jamestown in 1607. The motivation for these settlements was based on land investments

The first land company was established by Sir Walter Raleigh as the Roanoke Colony. The settlement was established in 1585 but after much difficulty, the colony had completely vanished by 1590. In 1606, a group of wealthy Londoners formed a joint-stock venture company called The Virginia Company of London and obtained a royal charter from King James I. Here is a quote from the website HistoricJamestowne.org about the charter.


The initial public reaction to the Company was favorable, but as the mortality rate at Jamestown rose and the prospect for profit grew dim, financial support for it waned. The leadership resorted to lotteries and went so far as to attempt silkworm production at Jamestown. As industries failed, the promoters of the Company argued that converting the Virginia Indians to Christianity was a worthy goal for the venture. Tobacco cultivation finally provided a profitable return, but it came too little too late to save the Virginia Company. After the Indian Massacre of 1622 killed hundreds of settlers, the king revoked the Company’s charter in 1624 and made Virginia a royal colony under his control.

The passengers on the Mayflower in 1620 had obtained a land patent from the Virginia Company of London. But they landed too far north and technically had no right to land along the Massachusetts Bay. Here is a short summary of what happened as taken from Wikipedia: Plymouth Colony.


The congregation obtained a land patent from the London Virginia Company in June 1619. They had declined the opportunity to settle south of Cape Cod in New Netherland because of their desire to avoid the Dutch influence.[6] This land patent allowed them to settle at the mouth of the Hudson River. They sought to finance their venture through the Merchant Adventurers, a group of businessmen who principally viewed the colony as a means of making a profit. Upon arriving in America, the Pilgrims began working to repay their debts.


Governor Bradford and other prominent officers of the Colony realized the riskiness of proceeding without a royal charter for their venture. They instead possessed only a land patent issued by the New England Council, a private corporation which did not possess the authority to grant the colonists any right to self-governance (Langdon 1966: 188). Bradford, Isaac Allerton and others attempted repeatedly over the years of the Colony to obtain a charter from the Crown. They failed to do so, and Plymouth Colony ultimately lost its self-governance and was annexed as part of the Massachusetts Bay Colony in 1691.

A list of the English land grants in America can be found in the following article entitled appropriately, "English colonial grants in North America (1621–1639)." Settlement of the English Colonies in America is basically the story of the land grants and the efforts of their promoters. For example, according to the Mayflower passenger list, only about a third of the passengers were Puritan Separatists who were attempting to break away from the Church of England, the rest were indentured servants, hired hands, originally destined for the Virginia Company of London.

I could continue with examples up to the current day when some of us purchased a house and lot in a subdivision created by a land development company. If you look into the history in this way, through a filter of land development, you will soon understand a lot about the settlement and movement of people. This background information will help to explain why people moved from Connecticut to Vermont or from New England to Ohio.
Posted by James Tanner at 4:08 AM