What Do You Know About History? 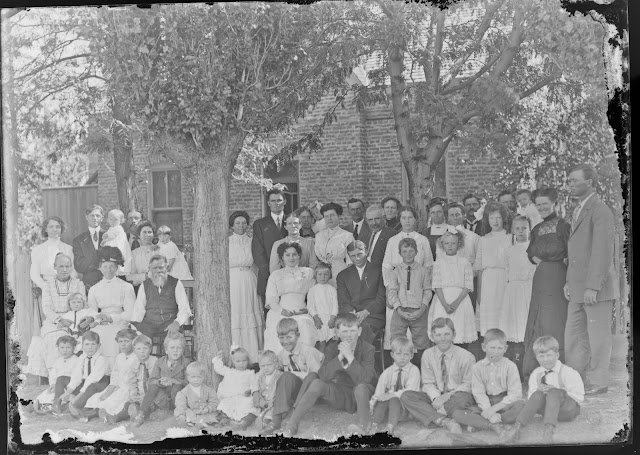 Unless you happened to be interested in history or took history classes, you are likely to be about average in your level of knowledge of the history of the country where you live. I had a lot of history classes while getting my degrees and have continued with an interest in history by reading a lot of books about different aspects of history. But I would not consider myself to be conversant in the history of some of the countries where my ancestors lived. Over the years as I have focused on doing research in a particular country, I have "read up" on the history. For example, when I started doing research in Ireland, I began reading up on Irish history. This is a never-ending process.

I think a better way to look at the need to know the history of the places you are researching is to ask what happens when you don't know the history. For example, during and after the U.S. Civil War approximately 620,000 soldiers died from combat, accident, starvation, and disease. See https://www.battlefields.org/learn/articles/civil-war-facts. To take this further, about 1,264,000 American soldiers have died in all the wars, this means that about half of all the soldiers in all the wars died in the Civil War. Now, if you had an ancestor that seemed to disappear from the historical record during the time from 1861 to 1865 and was from about 14 years old to about 40 years old, wouldn't it be reasonable to investigate whether or not he ended up fighting and perhaps being killed in the war?

As for Ireland, a good example is the time period between 1845 and 1849. This time period is called the an" Gorta Mór" or Great Hunger. In the U.S. it is referred to as the Irish Potatoe Famine. During the time of the famine, more than a million people died in Ireland and another million people emigrated from Ireland. The total population of the country decreased by 20 to 25%. The total number of Irish immigrants to the United States from 1820 to 1930 was about 4.5 million people. The people who came were mostly those who could not make a living in Ireland. If you have Irish ancestors, you might want to know some of this history. By the way, if you think we have a refugee problem today, think about when all the Irish were coming to America.

What do you know about the history of the state or states where your family lived? Do you know when the first European settlers arrived in that state? Do you know how and when your family came to the state? Because of my Mormon Pioneer ancestors, I can answer all those questions and many more in detail. But I find a lot of people have little or no knowledge about the history of the places where their ancestors lived.

Another example, many of the people I talk to have "German" ancestors. Do you know where your ancestors really came from? I am going to guess that in most cases, they did not come from a place called "Germany."

I could go on and on with examples. What can you do? Go online and look for a book about the history of the country where your ancestors lived. Extend that to the states, counties, and cities. Take some time, which will be well spent, in learning about where they lived and while you are at it, plan a vacation trip to visit all the places.
Posted by James Tanner at 4:22 PM