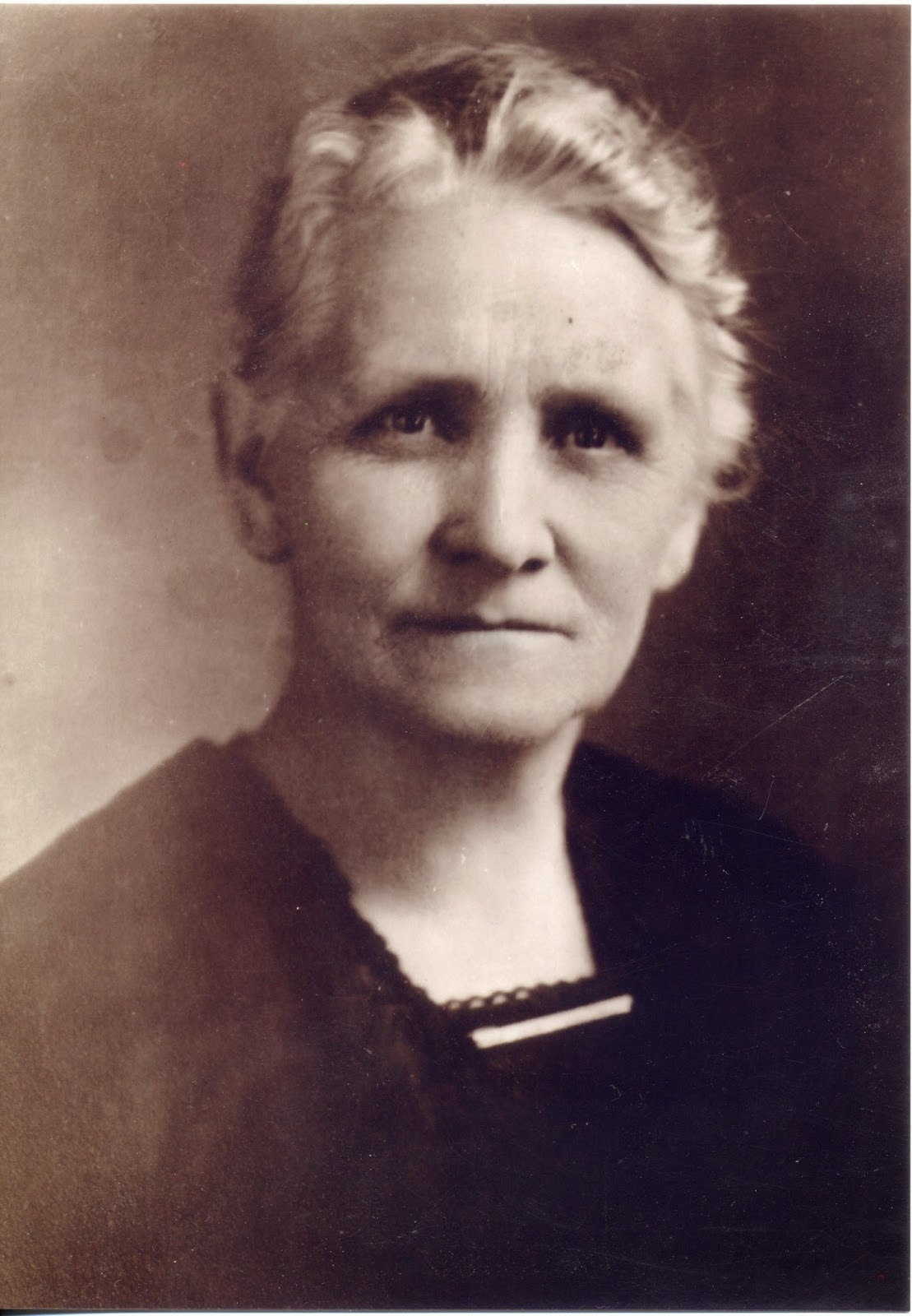 One of the most important factors in my continued involvement in genealogy was the work done by my Great-grandmother, Mary Ann Linton Morgan. Even though she lived until I was six years old, I have no memory of meeting her, although I may have. She lived in the Sharon Building on South Temple Street, directly south and across the street from the famous Temple Square in Salt Lake City, Utah. One of my cousins, Doug LeMon visited her and wrote to me with this description:


My memory of Mary Ann Morgan
Let me introduce myself, I am Douglas LeMon, son of Margaret Linton, who is the Daughter of Sam Linton.  When I was a youth, somewhere between 8-12 years old, my mother would take me and we would visit Aunt Mary Morgan when we went from Brigham City to Salt Lake.  Mother always referred to her as “aunt”.
She lived on the second story in a building that was just south of the south gates of the Temple Square.  You walked into the building, and there was an open type elevator with black bars so that you could see out.  The gate was of brass and was in an “X” type pattern so the gate could be opened and closed.  When the gate was closed, you pushed a button and went to the 2 floor.  There was also a circular stairway around the elevator.  When you got off the elevator, there was an “L” shaped hallway.  We went slightly west and then north to her room.  Her room was about 10 feet wide and about 15-18 feet long.  Along the east wall was her bed and a wooden refrigerator that was cooled with ice in the top.  It had chrome latch like handles on the doors.  To the north was a large tall window that you could look down and towards the north; thus, seeing the south gates of Temple Square , the Temple, Tabernacle, Assembly hall and an older visitor center.  We sat in chairs along the west wall.  My mother never told me about aunt Mary Morgan, so I just knew here as a very short, and small in stature with grey hair that was usually (my memory) contained some braiding and her hair was kept short.

Of one thing I am certain, during the last 30 to 40 years of her life, she spent a great deal of time accumulating thousands of genealogically valuable records and compiling an impressively large pedigree. After I had been involved in genealogy for a number of years accumulating what had already been done about my family, I had the good fortune of being the recipient of most of her remaining documents and letters that had been stored for years in the basement of one of my aunts.

I spent nearly 15 years transcribing and organizing those records. Ultimately, they were all digitized and all of the digitized copies were provided to the Family History Library where they have been made available to the public on CD. See Mary Ann Linton Morgan Documents.

Mary Ann Linton Morgan was 23 years old when she married John Morgan, who was 45 years old at the time and already had two polygamous wives. John Morgan died at the age of 52 when Mary Ann Morgan was only 29 years old and had three young sons.

In those days, the Edmunds-Tucker Act of 1887 had declared all such polygamous marriages illegal and those men entering into such relationships were being hunted down and put in prison by Federal Marshals. Mary Ann Linton and John Morgan, a prominent leader of The Church of Jesus Christ of Latter-day Saints, were married approximately one year after the passage of the Edmunds-Tucker Act of 1887. The effect of the Act was to force many of the prominent leaders of The Church of Jesus Christ of Latter-day Saints, including John Morgan, to go "underground." This continued well into the 1900s. As the third wife, Mary Ann Linton Morgan had almost no resources to live. When her husband died, she went back to her parents' family in Nephi, Utah.

As a result of her marriage to David King Udall, Mary Ann Linton Morgan moved to Arizona with her children. Because of the threat of arrest and incarceration, she lived outside of the main town of St. Johns, Arizona in a very small community called Hunt, Arizona. Many of the Udall family members were apparently not aware of the marriage. David King Udall had already been prosecuted, convicted and served a prison term on perjury charges related to a previous unlawful cohabitation prosecution. I am not aware of the basis for these statements but the following appears in a Wikipedia article on David King Udall:


In 1903, he quietly married the former Mary Ann Linton, widow of John Hamilton Morgan, who had been a representative to the Utah Territorial Legislature. This marriage ran contrary to the LDS Church's decision to ban polygamy in 1890. Years later Matthias F. Cowley, the official who performed the ceremony, was stripped of his priesthood by the LDS Church. When the marriage came to light, Udall was never sanctioned, but he was forced to cease marital relations with Mary. He did, however, continue to support her and her children (from her marriage to Morgan) financially until the children reached adulthood.

In 1906, a Prescott Federal Grand Jury indicted Udall and several others on charges of polygamy, which was a violation of the Edmunds Act. After Marshal Ben Danielsserved Udall and the others, they went to Prescott and paid their fines of [3]

As you can see, there are ample reasons why my Great-grandmother could be called a "Shadow Wife."