Can you marry your cousin? What is or was the law? 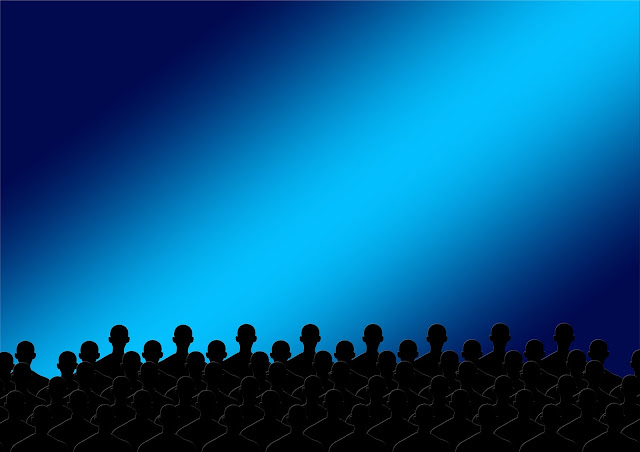 Throughout history, people have always had limitations on marriage between blood relatives. In some cases, the restrictions extended to clans or tribes and other cases the restrictions were limited to different levels of closer relatives. This question arose recently as I was doing genealogical research in a relatively small area of England. I was researching a descendant of the Bryan family when one of the Bryan descendants married another person with a Bryant surname from the same small area. I immediately wanted to find out how they were related. It turned out that they were third cousins. I have mentioned previously that my own parents are apparently second cousins one generation removed. All of these circumstances, plus many more, have reminded me of the culturally and legally imposed restrictions on marriage.

Let me begin by looking at the modern restrictions and then moving back in time with further examples. With the current liberalization of marriage laws overall in most places around the world, there are far fewer restrictions on marrying anyone in particular than there was even 50 or 100 years ago. In Utah, for example, the Utah Civil Code, Section 30-1-1 states as follows:

The basis for these restrictions has both religious and cultural concerns as well as an assumption that marriage between close relatives causes genetically, inheritable defects from "inbreeding." With some minor variations, all of the states in the United States of America have similar restrictions. It is a relatively common dramatic theme in movies, books, and other works of fiction to portray couples who unknowingly fall in love and subsequently learn that they are closely related.

For genealogists, this is an underlying issue in some importance. In online family trees, I have often found where children have been shown to be married to their own parents or even grandparents thus causing the dreaded looping pattern that seems difficult to resolve.

Here is an example of the position of the Catholic Church on cousin or near relative marriage. Here is a quote from Canon Law Chapter III, beginning with Canon 1083 from the Vatican website.

CHAPTER III.
SPECIFIC DIRIMENT IMPEDIMENTS
Can. 1083 §1. A man before he has completed his sixteenth year of age and a woman before she has completed her fourteenth year of age cannot enter into a valid marriage.
§2. The conference of bishops is free to establish a higher age for the licit celebration of marriage.
Can. 1084 §1. Antecedent and perpetual impotence to have intercourse, whether on the part of the man or the woman, whether absolute or relative, nullifies marriage by its very nature.
§2. If the impediment of impotence is doubtful, whether by a doubt about the law or a doubt about a fact, a marriage must not be impeded nor, while the doubt remains, declared null.
§3. Sterility neither prohibits nor nullifies marriage, without prejudice to the prescript of ⇒ can. 1098.
Can. 1085 §1. A person bound by the bond of a prior marriage, even if it was not consummated, invalidly attempts marriage.
§2. Even if the prior marriage is invalid or dissolved for any reason, it is not on that account permitted to contract another before the nullity or dissolution of the prior marriage is established legitimately and certainly.
Can. 1086 §1. A marriage between two persons, one of whom has been baptized in the Catholic Church or received into it and has not defected from it by a formal act and the other of whom is not baptized, is invalid.
§2. A person is not to be dispensed from this impediment unless the conditions mentioned in cann. ⇒ 1125 and ⇒ 1126 have been fulfilled.
§3. If at the time the marriage was contracted one party was commonly held to have been baptized or the baptism was doubtful, the validity of the marriage must be presumed according to the norm of ⇒ can. 1060 until it is proven with certainty that one party was baptized but the other was not.
Can. 1087 Those in sacred orders invalidly attempt marriage.
Can. 1088 Those bound by a public perpetual vow of chastity in a religious institute invalidly attempt marriage.
Can. 1089 No marriage can exist between a man and a woman who has been abducted or at least detained with a view of contracting marriage with her unless the woman chooses marriage of her own accord after she has been separated from the captor and established in a safe and free place.
Can. 1090 §1. Anyone who with a view to entering marriage with a certain person has brought about the death of that person’s spouse or of one’s own spouse invalidly attempts this marriage.
§2. Those who have brought about the death of a spouse by mutual physical or moral cooperation also invalidly attempt a marriage together.
Can. 1091 §1. In the direct line of consanguinity marriage is invalid between all ancestors and descendants, both legitimate and natural.
§2. In the collateral line marriage is invalid up to and including the fourth degree.
§3. The impediment of consanguinity is not multiplied.
§4. A marriage is never permitted if doubt exists whether the partners are related by consanguinity in any degree of the direct line or in the second degree of the collateral line.
Can. 1092 Affinity in the direct line in any degree invalidates a marriage.
Can. 1093 The impediment of public propriety arises from an invalid marriage after the establishment of common life or from notorious or public concubinage. It nullifies marriage in the first degree of the direct line between the man and the blood relatives of the woman, and vice versa.Can. 1094 Those who are related in the direct line or in the second degree of the collateral line by a legal relationship arising from adoption cannot contract marriage together validly.

As you can see, the limitations on marriage are not confined to bloodline or consanguinity concerns, they extend to a whole category of religious and arguably, social concerns as well. In the Catholic Church if a couple wanted to pursue a marriage between cousins, for example, they were required to submit a petition to a bishop to permit the marriage called a dispensa matrimonial. When such a petition is submitted it is a goldmine of information about the family. These types of records are usually found at the diocese level.

If you have a question about the legality of a marriage, you should research both the civil and church law in the area where your ancestors lived. Now, despite these restrictions, we should remember that there are those of our ancestors who may have consciously or unconsciously broken the law. Historically, we should also remember the history of the Church of England and its origin in a dispute between King Henry VIII and the Pope over a divorce and remarriage. These marriage restrictions can be historically important as well as applicable to obscure individuals.
Posted by James Tanner at 8:06 AM