Comments on the updated genealogy programs 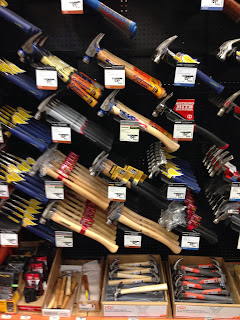 During the past year there have a been a plethora of updates and new versions of many of the genealogy programs and genealogy utility programs. I have been compiling a list of programs to go through and have managed to look at a few but the others were still piled up waiting their turn in line. In many cases, I had to take the time to spend a few dollars (or more) to upgrade to a new version of the program. I finally decided to knuckle down and go through them all and see if I had anything to say about each one of them.

I probably need to write a post about software reviews (and probably will) because I have a some pretty defined opinions on that subject. But any comments I make about software programs should not be taken as my review of any one of these programs. I would not consider mentioning a program, much less upgrading one on my computer, if I did not think the program was a valuable genealogical tool. Neutrality can make you look wishy-washy, but I really have used all of the products I mention at some time or another for specific purposes. I refer to my photo above and I have used this example previously. If you were going to build a house and you were given a hammer and a saw, could you do the job? I would suggest that you might want a few more tools. Well, I view genealogy software programs as tools. I have not found the perfect hammer yet and I am unlikely to find the perfect genealogy software program in the near future. But they are all useful and if you like one or another of the programs, I can certainly see why you do. Most of these (all?) programs have trial versions for free. Sometimes the trial versions are exactly the same as the full-blown program but with limited name capacity. Other trial versions have a limited time they remain operational. More commonly, the trial version is a cut-down version of the full program and the software developers are counting on you liking their program so much that you will pop for the full purchase price. I have the full versions of all of these programs.

I am frequently asked which of all the programs do I think is the best? I realize that my answer is less than useful when I say they all are. See that photo of the hammers? Which one is the best? That is why I answer the way I do.

Now, should I make a list of the list of programs I use? It just occurred to me that if I do, someone will probably immediately ask the question as to why I didn't include their favorite program in this list? The answer is simple. I am not trying to list every singe program available. If a program doesn't appear on this list it is either because I haven't had time to look at it yet or I am not interested in the program after looking at it in the past. At this point, I am reminded of Judy Russell's "The Legal Genealogist's Christmas Wish 2013." It is beginning to sound like I am writing a disclaimer. Now if you want to read software reviews, then you need to go to Louis Kessler's website GenSoftReviews.com. You can see the ratings and read the reviews of almost any program in existence. Louis lists well over 500 genealogy programs and utilities, many of which no longer exist but may be floating around out there on older computers.

OK, let's get down to business. Here is the list of upgraded programs: