What do the restrictions on the SSDI mean to genealogy? 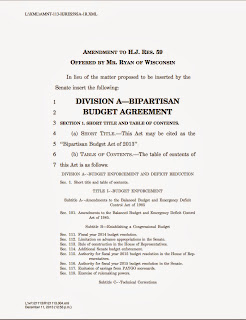 For the past two years or so, there has been a substantial amount of discussion and some handwringing about the post restrictions on the Social Security Death Index or SSDI. Actually, the discussion is about the Death Master File or DMF from which the SSDI is derived. Now, apparently as a part of a bipartisan budget agreement, certain restrictions have been past on 18 December 2013 that will limit access to the DMF. See House, Senate negotiators reach budget deal.

Here is a summary of the pertinent provision of the Budget Agreement:

This provision creates a program under which the Secretary of Commerce restricts access to information contained on the Death Master File (a list of deceased individuals and their Social Security numbers, dates of birth, and dates of death, maintained by the Social SecurityAdministration) for a three ­year period beginning on the date of an individual’s death—except to persons who are certified under the program to access such information sooner. A penalty of $1,000 is imposed for each improper disclosure or misuse of information obtained from the DMF, up to a maximum of $250,000 per person per calendar year. The Secretary is required to establish and collect user fees sufficient to recover all costs associated with the certification program.

Although the issues concerning who is a "certified person" under the act are not clearly specified, it appears that access to the information during the three-year restriction period, will be limited to commercial entities. ostensibly the reason for passing this legislation is the danger that fraudulent claims for taxes are based on information obtained from the SSDI. It has been extensively pointed out in rebuttal that the real problem lies with the IRS and its inability to properly review applications for refunds to verify whether or not the applicant is alive or dead. In short, the real problem is the failure of the IRS to use the SSDI and not in the use of the SSDI for fraud.

It is interesting to note, that during the time I have been investigating this particular issue, I have seen absolutely no evidence of a connection between use of the SSDI and fraud. The most egregious problem is the use of a dead child's Social Security number to obtain a fraudulent tax refund. The SSDI has always been only one of many ways that information for this type of fraud could have been obtained.

The real question is the one posed in the title to this post, what is the effect of these restrictions to the SSDI on genealogy in general? Since the SSDI is only substantially useful subsequent to 1962 the information contained in the database is only useful for very recently deceased ancestors. However, the SSDI has functioned as one of the only available windows into recent ancestral information. Since the original bill would have blocked access to the SSDI entirely, the three-year restriction does not seem overly burdensome. The problem of course is that future legislation may entirely restrict access, now that the door has been opened to changes.

There was absolutely nothing in the press that would alert the members of the genealogical community that this was even an issue with the proposed budget resolution. It is apparent to me, that this was done on purpose.

The real issue underlying this whole discussion of the SSDI concerns the availability of government information to the citizens of the United States. However, from a practical standpoint, the genealogical community is microscopic compared to other special interests in the United States.

Overall, the results of this legislation will make the SSDI somewhat less useful than it has been in the past.