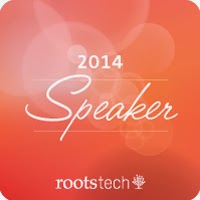 The upcoming RootsTech 2014 Conference in Salt Lake City, Utah will be the first genealogy conference with rebroadcasts of a substantial number of presentations in hundreds of countries around the world. The fact that these rebroadcasts will be translated into ten different languages is also likely a first. If anyone doubted the internationalization of genealogy, then the extension of the upcoming conference into well over 400 locations worldwide will certain answer their concerns. This one event may well be considered the first active participation of genealogists around the world in a unified activity.

At the same time, participation in the Conference by the presenters who are participating in the video broadcast will entail some adjustments. In a recent meeting, the participants were briefed on some of the procedures and requirements that the broadcast and translation of the presentations sessions with require. It appears that the adjustments will not likely interfere in the presentation of the classes, but they will require a number of pre-conference activities and preparation.

The total number of participating locations around the world has apparently not be finalized at the time of this post, but it is certain to be more than 400. Since I have been selected to participate, I have been thinking about how this extension of this one event to so many locations around the world will affect the future of other local genealogical conferences and presenters around the world. I have already participated in a number of online Webinars and Google+ Hangouts to, in effect, appear at conferences remotely. I suggest it is presently possible to have a presenter attend a conference virtually and thereby save the cost of travel and accommodations. Although physical presence at a conference may be desirable for any number of reasons, smaller local conferences may benefit immensely from the ability to have internationally known presenters "attend" their local conferences. While at the same time, cutting down on travel time and appearances will let some of the presenters be more available for presentations.

I have been wondering if there is a saturation point in classes and presentations and, at the present time as I am in the middle of a solid two weeks of everyday, seven days a week, having either classes, presentations or other related activities or even all three on one day, it certainly gives me some idea of what may constitute saturation.

Meanwhile, I am convinced that this coming RootsTech 2014 Conference will go down as a milestone in the development of an active international genealogical conference community.
Posted by James Tanner at 5:58 AM