Google Translate Now With Over 100 Languages

Google Translate is one of the many valuable tools from Google that significantly aid in genealogical research. According to a blog post from Google Inside Search entitled, "From Amharic to Xhosa, introducing Translate in 13 new languages -- now over 100 in total!" Google now translates between 103 language covering 99% of world's online population. 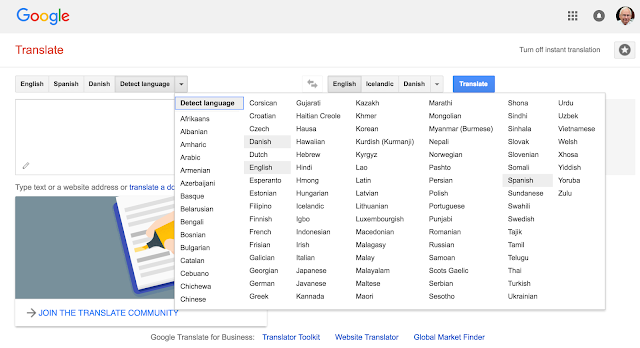 I frequently use Google Translate to assist in reading older manuscript sources and in helping patrons at the Brigham Young University Library Family History Center. The two new languages most likely to be encountered by genealogical researchers in the United States are Scots Gaelic and Samoan.
Posted by James Tanner at 7:25 AM