Tell Us Where You Got the Information 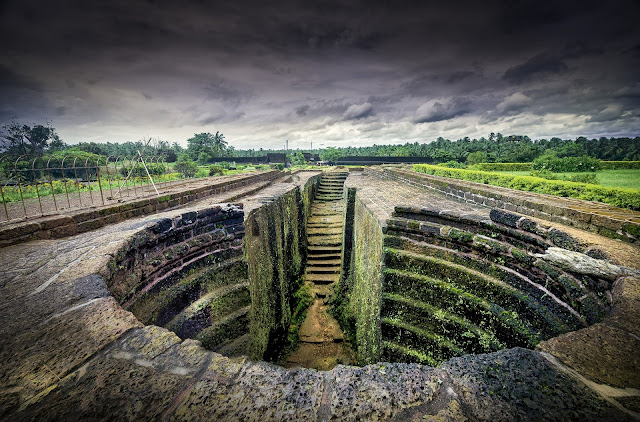 
The place or person from whence the information was obtained


More precisely, a citation is an abbreviated alphanumeric expression embedded in the body of an intellectual work that denotes an entry in the bibliographic references section of the work for the purpose of acknowledging the relevance of the works of others to the topic of discussion at the spot where the citation appears. See Wikipedia: Citation.

We often use the phrase, "cite your sources" to indicate that when you obtain information from somewhere, it is proper to let others know where the information came from. If we use some form of specific information without attributing the source, we are plagiarizing the source. When I quote someone or something, I indent the quotation and then provide a citation or a link to the original statement or source.

I am not concerned here about the "form of citation" used by genealogists. Most genealogists are not academically educated scholars and they are not writing for formal publication in a genealogical journal. Neither are they providing a professional proof statement to a client. But everyone obtains their information from somewhere even it is personal experience and we are entitled to know where they got their information.

There is a measure of discussion among some genealogists about what is and what is not a proper "source." We get into quasi-legalistic arguments over primary and secondary sources and all such nonsense. The truth is that the artificial distinction between a "primary" source and a "secondary" source has been created to try and resolve the problem that all historical sources, no matter how they are derived, are subject to scrutiny and could be unreliable. Just because someone was there when an event occurred and recorded their impressions does not mean what they wrote or said was reliable. It is always possible that any particular witness to an event is lying.

Why do we need to know where historical information came from? There are entire books written on this subject. Some genealogists in their zeal to provide "accurate" information tell people not to reveal their sources if the source was unreliable. For example, I have heard more than once that a certain type of record, such as a Family Group Record created by a family member or an index is unreliable and "should not be used as a source." Hmm. Personally, I would rather have you tell me you got your information from your aunt or from an index than not. The real problem is when information is entered and no mention is made of where that particular information was obtained.

Here is an example from the FamilySearch.org Family Tree. 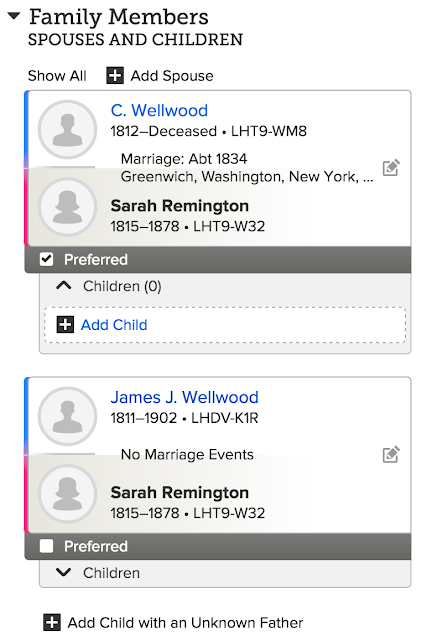 Here, Sarah Remington is listed as having been married to two men, both with the same surname. The first entry is to a C. Wellwood and the second entry is to a James J. Wellwood.  The first entry has an approximate marriage date and place, the second entry has no information about the marriage. Someone added the first entry and entered the information about the marriage but left no source information. So far, I have been able to document and cite the second marriage to James J. Wellwood with several sources. But I have yet to find even one reference to a marriage to C. Wellwood. If the person had simply told me that they copied the information from a Family Group Record, that would help me to evaluate the accuracy of the information. I don't really care at this point whether the person provided me with an academically acceptable citation according the Chicago Manual of Style, I would just like to know where the information came from with enough detail to find the source.

Absent this source information, I have to spend my time trying to discover where the information came from and whether or not it is reliable. Even if the said they copied the marriage off of a gum wrapper that would at least give me an idea where to start.

So let's get over this idea that we should exclude any source references at all simply because we judge them to be unreliable. Let's stop telling people that such and such is "not a source" and should not be included in a list of sources. If they got the information from from someplace we would consider to be unreliable we can disregard it. But it is always better to know than not know.

But what about conflicting information? Wow, this is a loaded question. Let's not omit anything for the reason that we personally disagree with the content.
Posted by James Tanner at 8:48 AM