Homage to the Agricultural Laboror 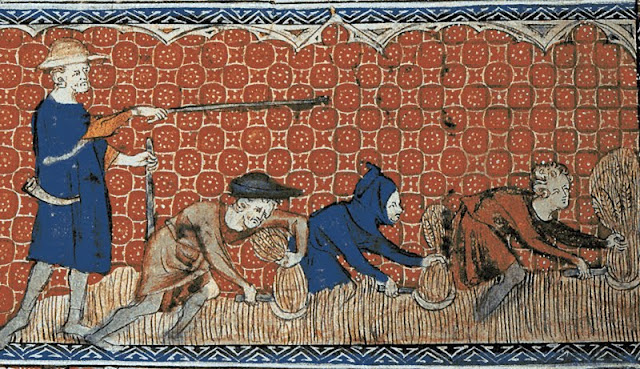 One of the realities of history and genealogy is that there are a lot more common people than there are rich, famous or royalty. The American fascination with royalty has hardly diminished. I can trace back almost every one of my family lines on the FamilySearch.org Family Tree and eventually someone has connected that family line to a royal line in Europe. However, careful review of the English census records usually reveals that my ancestors were tradesmen or "Agricultural Laborers" and had no claims to royal descent.

This topic came up recently when I traced one family line to a widow in the English Census who was identified as a pauper and the widow of an agricultural laborer or "AL." For some reason, it touched my heart that my own ancestors had suffered so much deprivation and poverty. But it did explain why they ultimately immigrated to Australia.

OK, so it is possible that one or two of your ancestral lines can be traced back to royalty. After all, kings and rich guys had children so why couldn't there be one or two in your own family lines? Well, for those of us who can trace some of your lines back a ways in America, it is entirely possible to find one or two who connect to a Gateway Ancestors with documented royal connections. If you have aspirations of royal descent, then you need to be very familiar with the term "gateway ancestors." I suggest you start with a FamilySearch post by my friend, Nathan Murphy, entitled "Documenting Royal Ancestry, written back in October of 2015. Here is a key quote from that article:


If the immigrant in your family is a valid gateway, you are on track to documenting royal ancestry. If your immigrant is not on the list, the royal lineage presented to you is probably underproven or false.

I might mention that this whole concept goes to claims of descent from an "Indian Princess" also. But in that case, I would suggest a comprehensive DNA test before you start trying to prove you have access to living on an Indian Reservation.

Personally, I am becoming more and more impressed with the tenacity of my poor and very common ancestors who apparently survived the difficulties of being agricultural laborers and became my own ancestors.
Posted by James Tanner at 6:07 AM