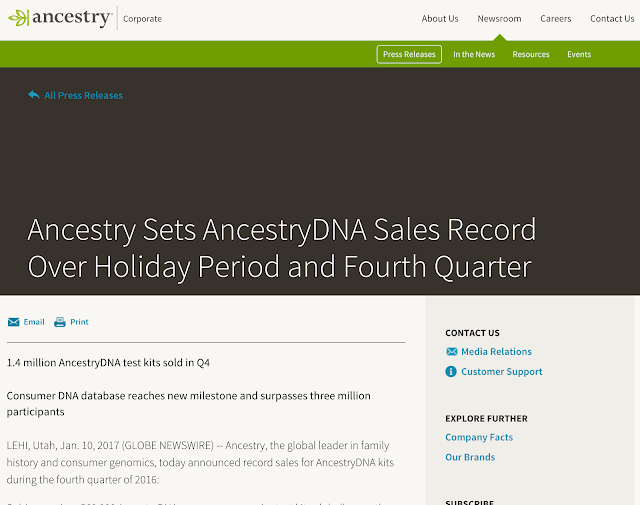 Ancestry announced that it sold 1.4 million AncestryDNA test kits during the fourth quarter of 2016. The announcement indicates that Ancestry:

Quoting from the press release:

The company also announced that AncestryDNA has reached a new milestone as its consumer DNA platform became the first to exceed three million participants, further establishing the company as the leader in the rapidly growing consumer genomics industry.

AncestryDNA is owned and operated by Ancestry.com DNA, LLC, a subsidiary of Ancestry.com, LLC.